The election commission announced India's 16th presidential election 2022 to be held on July 18th. The last date to file a nomination is June 29th. 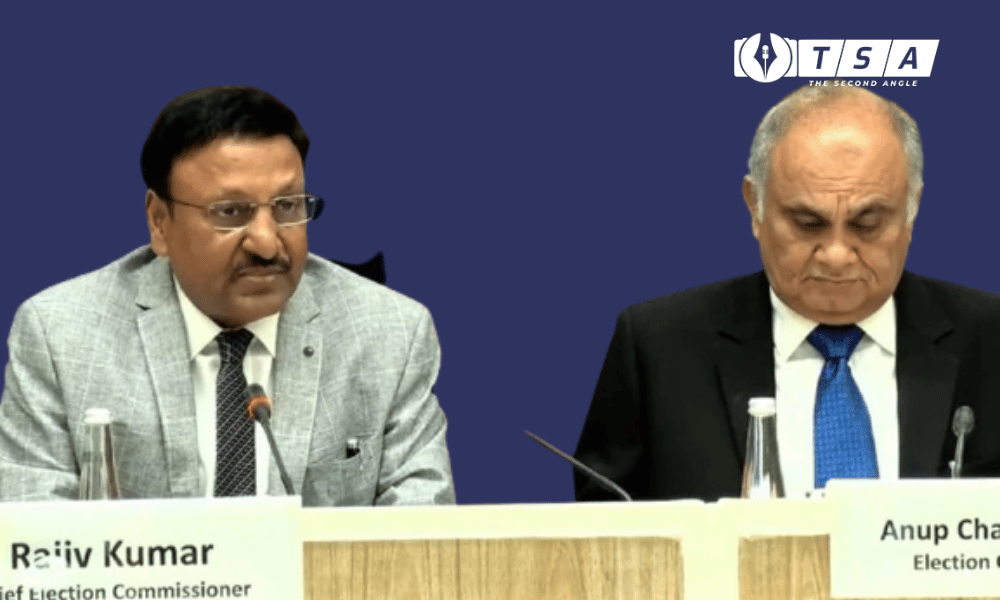 On June 9th, chief election commissioner (CEC) Rajiv Kumar announced to the media that current Indian President Ram Nath Kovind’s term will end on July 24 this year and the election for the next President of India will be held on July 18. As per Article 62 of the Constitution, an election for the next president must be held before the completion of the current president’s term.“Election shall be held with the system of proportional representation by means of the single transferable vote and the voting shall be by secret ballot. The elector has to mark preferences against the names of the candidates, only with a particular pen, provided by the designated official” Rajiv Kumar added to his statement. EC also mentioned in the meeting with the media that the whole election process will be conducted according to the COVID-19 safety protocols.

According to Article 55 of the Constitution of India, the President of India is elected by members of the Electoral College consisting of elected Members of Parliament and that of all the state assemblies including the National Capital Territory of Delhi and the Union Territory of Puducherry. It follows the system of proportional representation utilizing a single transferable vote system and secret ballots. Each candidate would require 50 members of the electoral college to propose their name and another 50 to second it. Nominated members, state assembly and members of legislative council are not eligible to vote, along with members who are nominated to either House of Parliament or the Legislative Assemblies of State.

776 Members of Parliament and 4,033 Members of the legislative assembly will vote in the Presidential elections. The total votes are counted on the basis of their value, which varies from state to state, with an Uttar Pradesh MLA carrying the highest value followed by Maharashtra and West Bengal.

The total value of votes is 10,86,431. The value of votes of MLAs is 5,43,231 and MPs are 5,43,200. Elections will be held in the Legislative Assemblies and in the Parliament House, where Members of Parliament and Members of the legislative assembly can cast their votes anywhere by giving information and taking prior approval of 10 days. Article 58 of the constitution of India says the qualifications one must meet to be eligible for the office of the president are that a president must be a citizen of India, should be of 35 years of age or above, and should be qualified to become a member of the Lok Sabha. Ram Nath Kovind was elected President in the 2017 Indian presidential election.

The BJP had sprung a surprise by picking the then Bihar governor, a leader from the Dalit community who had been a low-profile member of the party, as its choice for the top position. He is a really ambitious person who really didn’t have any religious planks, although he was loyal to the party and successfully voiced the oppressed community he came from. During his period in the office, he has received the highest State honours from six countries and has held the office during the COVID-19 pandemic and subsequent lockdowns. Political observers all over the country are now eager to see if the Bharatiya Janata Party is going to choose a candidate taking into consideration electoral victory, or its religious planks. Ram Nath Kovind is a potential candidate of the Bharatiya Janata Party to go into the presidential election again but has not been nominated by the party yet. As per the convention, no one other than Rajendra Prasad has completed two full terms.

This presidential election is the first one to be conducted since Jammu and Kashmir were divided into 2 union territories. That is the union territory of Jammu & Kashmir and Ladakh. As of now, the MLAs of the union territory of Jammu and Kashmir are no longer a part of the electoral College. Last time 87 MLAs of the State of J&K had 72 votes each, taking the total value of their votes to 6,264 out of the total of 10,98,903 votes. Also, elections for 80 Rajya Sabha seats are due in 2022, before the presidential election. For 57 Rajya Sabha seats across 15 states elections are held on June 10th.  41 Candidates have already been declared elected unopposed. Nail-biter will be on for 16 seats in four states Maharashtra, Rajasthan, Haryana, and Karnataka.

Also Checkout: Is it only Pandits who are being killed in Kashmir? What is the real issue?