There seems to be no gravitation in the blood of Kashmir's Muslims and workers to pique the attention of the media and governments.

by Kumar Nigam
in Analysis
Reading Time: 4 mins read
A A 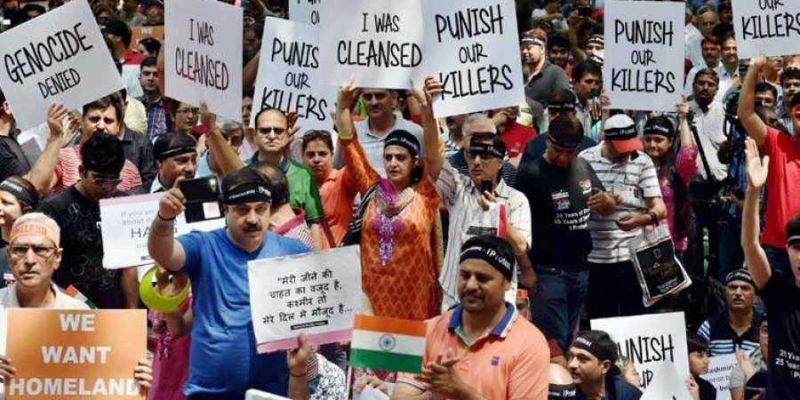 The BJP government is in its second term at the centre. Along with all the other issues, huge claims were made about Kashmir. The constitutional amendments enacted on the Kashmir issue in 2019 were presented to the world by BJP and RSS supporters as fulfilling one of their ideology’s primary goals. Along with the Ram Mandir, the Uniform Civil Code, and the CAA-NRC, the Kashmir dispute has been a component of the BJP’s manifesto for many years.

Home Minister Amit Shah stated that his top objective was to rid Kashmir of terror. According to him, the rehabilitation of Kashmiri Pandits was also a success. But now the truth behind all of these assertions is coming to light. Are Kashmiri Pandits, Kashmiri Muslims, or any other citizens safe in the aftermath of the ongoing targeted killings in Kashmir?

Kashmiri Pandits are visible to all, but Muslims and the poor are overlooked:

In a tweet, Ashok Swan, Professor of 666 Peace and Conflict Research, stated that no Kashmiri Pandit was slain between 2010 and 2019. Simultaneously, following the repeal of 370 in 2019, approximately 20 Kashmiri Pandits or Hindus were targeted and killed. Another shocking revelation from the same tweet is that around 200 Muslims were slain after 2019.

The bleeding of Pandits or Hindus makes the screen red during prime time, but do Muslims not bleed when they are shot? Perhaps the red colour is so thick that it is unable to speak for itself by pouring into the doors of the mainstream media’s offices. When bank manager Vijay was murdered on June 2, the mainstream media covered the story extensively, and you must have seen and read it as well. However, two workers at the brick kiln were also shot a few hours later. But there was no exertion in the worker’s blood to get the attention of the country’s media.

Following the death of Makhan Lal Bindru, a well-known pharmacist from Srinagar, in October of last year, the entire community protested. This demonstration was attended by a huge number of Muslims as well as Kashmiri Pandits. At the social level, Hindus and Muslims are firmly holding each other’s hands in Kashmir; nevertheless, neither the terrorists nor the country’s media are seen to be deterred, nor does the country’s media receive any opportunity to brew the religious toxin of Hindu-Muslim.

During the media frenzy following the June 2 murder of bank officer Vijay Kumar, Mohit Bhan of the J&K Peoples Democratic Party tweeted, “In 1 year, more than 44 Muslims have been killed by terrorists, media why do we only pay attention when a Kashmiri Pandit is killed?” Despite this, our media focused solely on Hindus, and questions were raised about the government’s failure and Kashmir policy. But why is it that the mainstream media does not confront the government about the deaths of innocent Kashmiri Muslims and labourers?

More than 100 Hindu families were forced to flee Kashmir as a result of targeted executions by Kashmiri terrorists. Following the tragedy on June 2, Kashmiri Pandits and families living in Kashmir from other states wanted to leave, but no one was allowed to leave. To ensure this, the main gates of many camps were closed.

Despite this, a huge crowd of people fleeing Kashmir was witnessed at the Srinagar airport. In this context, it goes without saying that the targeted assassinations have produced a terror climate in the Valley, just as the terrorists intended. Let us inform you that there are approximately 4,000 migrant Kashmiri Pandit employees in Kashmir who have been hired under the PM’s special rehabilitation plan.

What is the true cause for the killings by selecting specific targets:

In fact, after removing 370 from Kashmir, the government’s major goal was to gradually change the demographics of the region. The government desired that, in addition to Kashmiri natives, individuals from other states come and settle in Kashmir in order to suppress the demand for free Kashmir. Because of this, Article 370 was removed so that citizens of outside states could buy land there. The same thing is happening, exasperating those who dream of Kashmir’s liberation, and they are constantly attacking such people one after the other who are part of the plan to change Kashmir’s demography or have settled in Kashmir under that plan.

Meeting between NSA and Amit Shah:

On Thursday, June 2, hours after the shooting of a Hindu bank employee in Kashmir, Home Minister Amit Shah met with NSA Ajit Doval, RAW chief Samant Goyal, and Kashmir Governor Manoj Sinha. On Friday, June 3rd, Shah convened a high-level meeting during which the Home Minister assessed the situation in Kashmir. The security measures for the Amarnath Yatra, which will begin in late June, were also discussed during the conference, following the targeted killings in Kashmir.

The Home Minister laid a special focus on anti-terrorist campaigns in this recent meeting. Terrorists have carried out eight target killings in the last 22 days, and it is expected that the Ministry of Home Affairs would make a major decision on target killings. But can the government be able to eliminate terror in Kashmir simply by convening a meeting and discussing the issue?

Jammu and Kashmir Governor Manoj Sinha said in a program in Jammu that people should raise their voice against the killing of innocent people in the valley and strongly condemn it. Assuring the people of Jammu and Kashmir, he said that the administration does not want to take any action against any innocent person, the administration, and the security forces will do their job promptly.

Despite the terrorists gunning down 44 Muslims, including female teacher Rajni Bala, druggist Makhan Lal Bindru, and bank officer Vijay Kumar, Manoj Sinha and his administration or security forces did not act promptly. Protesters who spoke out against these occurrences, on the other hand, were lathi-charged. Demonstrations are ongoing in Kashmir, and the government’s response to date has been “transferring all Kashmiri Pandits to the district headquarters.”

The Kashmir dispute has been ongoing for 70 years, but it has yet to be resolved. This is due to three factors:

Well, the government has to understand that no reason can justify the death of someone.