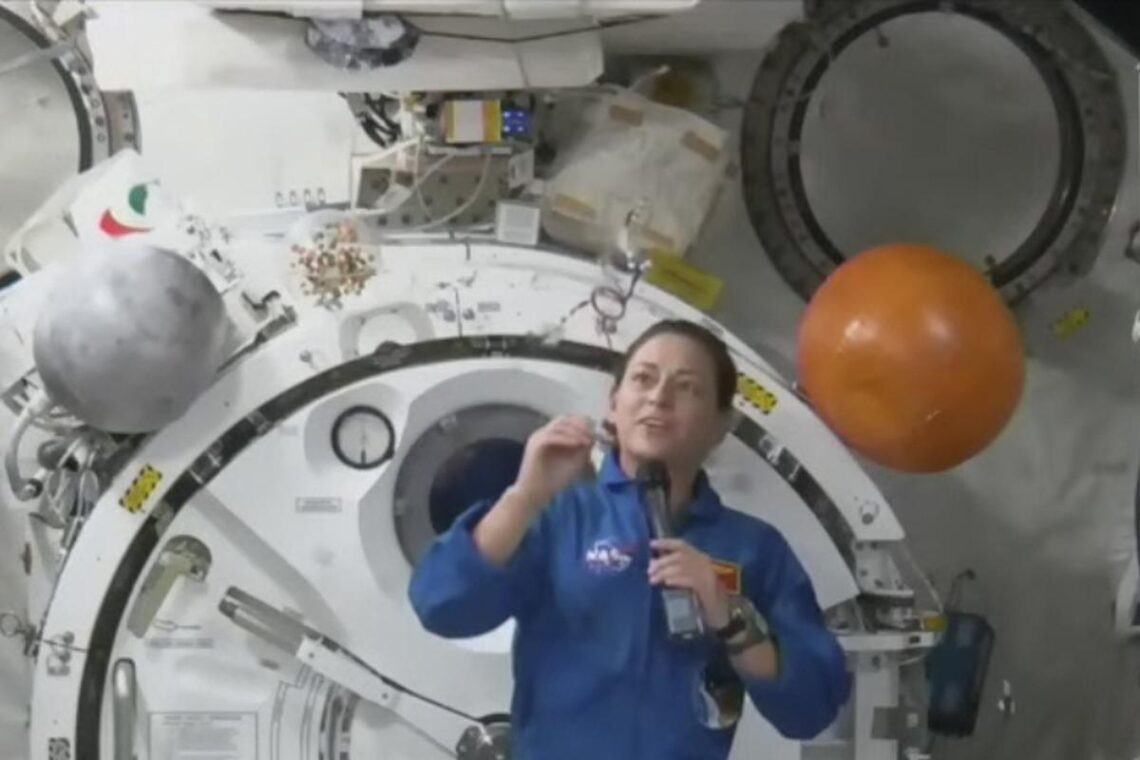 The first Native American woman in space said Wednesday she is overwhelmed by the beauty and delicacy of Mother Earth, and is channeling “positive energy” as her five-month mission gets underway.

NASA astronaut Nicole Mann said from the International Space Station that she’s received lots of prayers and blessings from her family and tribal community. She is a member of the Wailacki of the Round Valley Indian Tribes in Northern California.

Ms. Mann showed off the dream catcher she took up with her, a childhood gift from her mother that she’s always held dear. The small traditional webbed hoop with feathers is used to offer protection, and she said it’s given her strength during challenging times. Years before joining NASA in 2013, she flew combat in Iraq for the Marines.

“It’s the strength to know that I have the support of my family and community back home and that when things are difficult or things are getting hard or I’m getting burned-out or frustrated, that strength is something that I will draw on to continue toward a successful mission,” Ms. Mann told The Associated Press, which gathered questions from members and tribal news outlets across the country.

“It’s difficult for some people maybe to understand because it’s not really tangible,” she said. “But that positive energy is so important, and you can control that energy, and it helps to control your attitude.”

Ms. Mann, 45, a Marine colonel and test pilot who was born in Petaluma, California, said it’s important to recognize there are all types of people aboard the space station. It’s currently home to three Americans, three Russians and one Japanese astronaut.

“What that does is it just highlights our diversity and how incredible it is when we come together as a human species, the wonderful things that we can do and that we can accomplish,” she said.

While fascinated with stars and space as a child, Mann said she did not understand who became astronauts or even what they did. “Unfortunately, in my mind at that time, it was not in the realm of possibilities,” she said.

That changed later in her career. Now, she’s taking in the sweeping vistas of Earth from 260 miles (420 kilometers) up and hoping to see the constellations, as she encourages youngsters to follow their dreams.

As for describing Earth from space, “the emotions are absolutely overwhelming,” she said. “It is an incredible scene of color, of clouds and land, and it’s difficult not to stay in the cupola (lookout) all day and just see our planet Earth and how beautiful she is, and how delicate and fragile she is against the blackest of black that I’ve ever seen — space — in the background.”

Ms. Mann rocketed into orbit with SpaceX on Oct. 5. She’ll be up there until March. She and her husband, a retired Navy fighter pilot, have a 10-year-old son back home in Houston.

The first Native American in space, in 2002, was now-retired astronaut John Herrington of the Chickasaw Nation.