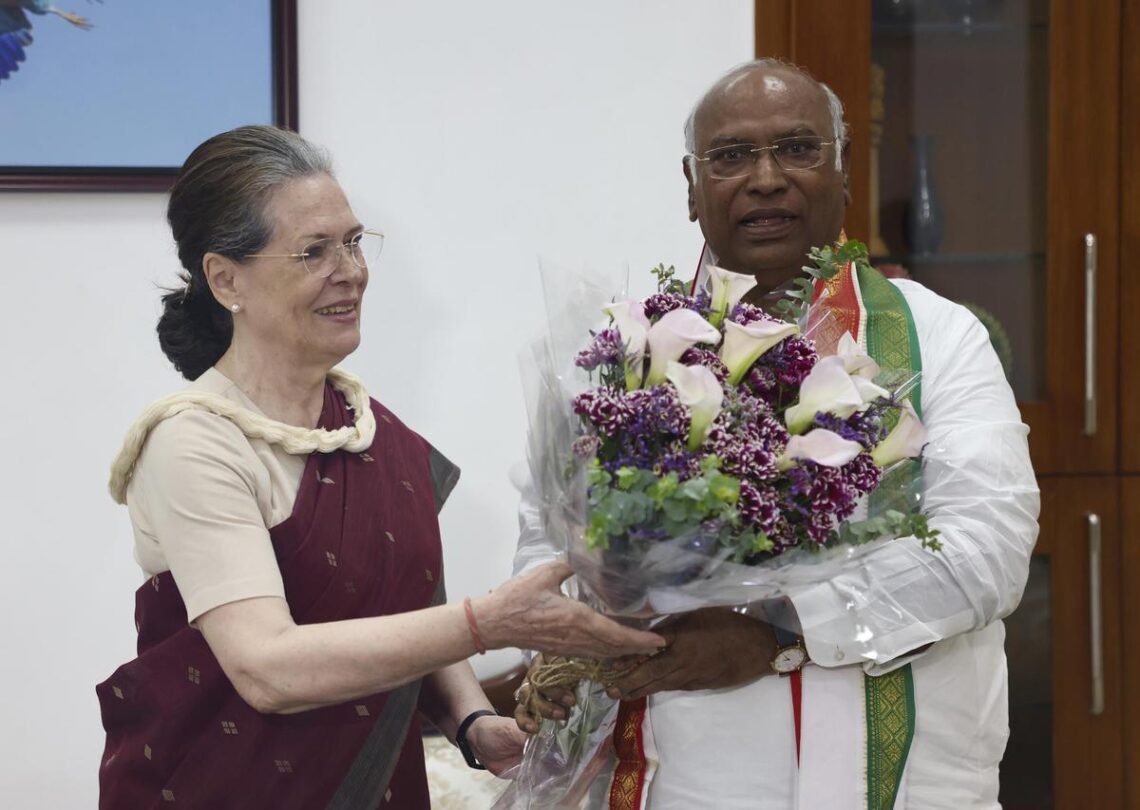 Mr. Kharge will have to resolve the leadership tussle in Rajasthan and boost the party’s chances in the Himachal Pradesh and Gujarat election

Mr. Kharge will have to resolve the leadership tussle in Rajasthan and boost the party’s chances in the Himachal Pradesh and Gujarat election

The election of Mallikarjun Kharge as the new Congress president comes at a time when the party is facing immense political challenges, high-profile exits and defections after a series of electoral losses and intense factionalism in some States.

Mr. Kharge’s joining the Congress presidential race was a direct fallout of Rajasthan Chief Minister Ashok Gehlot opting out after MLAs loyal to him “revolted” against the high command’s choice of Sachin Pilot to replace Mr. Gehlot as the Chief Minister if the former had become the Congress president. Now, Mr. Kharge has to resolve the leadership tussle in Rajasthan keeping in mind that the State goes to Assembly polls towards the end of 2023.

The upcoming Assembly elections in Himachal Pradesh and Gujarat will be among the first challenges that Mr. Kharge will face as the party president. In both these States, apart from taking on the ruling Bharatiya Janata Party, the Congress also has to contend with the emergence of the Aam Admi Party (AAP) as a serious player.

The biggest organisational challenge for the new Congress president is to immediately arrest the attrition. Both senior as well as young leaders continue to leave the Congress party and join other parties as the leadership doesn’t inspire confidence.

The most common complaint from the leaders who have left the Congress has been about access to leadership and the lack of a proper platform to articulate their views to make decision-making more inclusive. This is one issue that Mr. Kharge, with his vast experience, has to address. The new party chief can start by empowering and restructuring the PCCs or the State units.

While the leadership can shed the high command culture, it will have to hold State units accountable for decisions at the State-level.

With all the members of the Gandhi family being politically active, Mr. Kharge also has to ensure that multiple power centres are not created.

Build a new generation of mass leaders in the Hindi belt

Repeated electoral failures in the Hindi heartland States like Uttar Pradesh and Bihar points to the lack of effective leadership on the ground. These two States alone send 120 Lok Sabha seats and the Congress’ share has been negligible, failing to touch even two digits. The situation calls for a complete overhaul of the two States, one of which (U.P.) is handled by Priyanka Gandhi Vadra herself.

While Mr. Kharge has the stature and political experience to play a key role in reaching out to other Opposition leaders like Sharad Pawar and Mamata Banerjee, he also has to ensure a blueprint for the 2024 Lok Sabha polls that places his party in the pole position for any anti-BJP front to take shape.