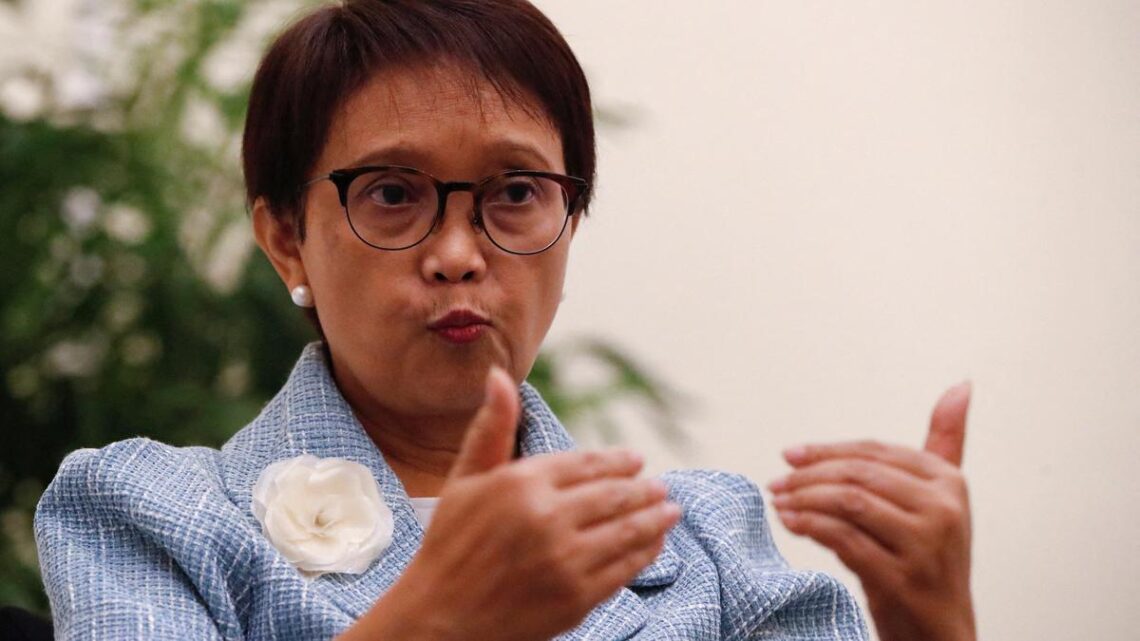 India and other countries should “respect” and follow ASEAN’s policy on Myanmar rather than adopting a “different” path, said Indonesian Foreign Minister Retno Marsudi.

In comments to The Hindu about India’s decision to engage the Myanmar military government that came to power in February 2021 after deposing the elected National Unity Government (NUG) and jailing thousands of leaders including Aung San Suu Kyi, Ms. Marsudi said that it could make the 10-member Association of South East Asian Nations’ (ASEAN) efforts towards democracy “less effective”. Instead, she urged India and other countries to follow the ASEAN “five point consensus” that calls for an immediate end to violence in the country; dialogue among all parties; the appointment of a special envoy; humanitarian assistance by ASEAN; and the special envoy’s visit to Myanmar to meet with all parties.

“Our message to ASEAN partners is, please support the ASEAN efforts — because if you do differently, then that will not help us be effective and to help Myanmar out of this political crisis,” Ms. Marsudi told The Hindu when asked about India’s policy of direct engagement with the military rulers.

“We repeat again and again, please respect ASEAN, please support the five point consensus,” Ms. Marsudi added, saying that she had last discussed the issue with External Affairs Minister S. Jaishankar in September on the sidelines of the UN General Assembly. Earlier in the year, ASEAN members and the U.S. had also conveyed their concerns to New Delhi and Colombo about their invitation to the Myanmar Foreign Minister for the BIMSTEC virtual summit in March. The Bay of Bengal Initiative for Multi-Sectoral Technical and Economic Cooperation (BIMSTEC) includes seven South Asian and Southeast Asian nations.

In late November, Foreign Secretary Vinay Kwatra had visited Nay Pyi Taw, and in a departure from the past, did not meet with members of the deposed political parties. Nor did an official release refer to the ASEAN consensus, which previous releases from the Ministry of External Affairs had mentioned. Government officials have maintained that India’s ties with Myanmar are important given that they share a porous border with incursions by militants, and need to engage the military leadership as regional rivals like China do.

Speaking about bilateral initiatives, the Indonesian Foreign Minister said that the two countries had made a “breakthrough” on the four-year-old pending project for India to develop the Sabang Port in Indonesia’s Aceh province, which is less than 200 kms from India’s southern most island Indira Point (Campbell bay). She said that the feasibility studies for Sabang port, which had been launched by Prime Minister Narendra Modi and Indonesian President Joko Widodo in 2018, had now been completed, and the joint task forces of both countries would meet later this month (December 19), to discuss the next steps.

“Of course, four years is too long to finalise the first studies, but Indonesian people don’t give up. So hopefully the construction can start very soon,” she said, adding that a few other joint projects, like the $5 billion Indo-French joint venture for Medan’s Kuala Namu airport  (managed by a GMR group consortium) and a $500 million solar panel energy project are also underway.

India and Indonesia are expected to strengthen their engagement in the next year given that India has now assumed the presidency of the G-20, where Indonesia is a member of the “troika” as the immediate past president. Indonesia has just assumed chairmanship of the ASEAN grouping as well.

Mr. Modi and Mr. Widodo are expected to meet for both G-20 and ASEAN-India summits, and exchange visits in 2023. Ms. Marsudi said that Indonesia’s task during the G-20 had been especially hard due to the Russian war in Ukraine, and they were only able to forge a consensus on the joint communique on the final day of the summit. As India begins G-20 meetings, including the first Sherpa track meeting last week and the first Finance track meeting this week, Ms. Marsudi said that both countries would work closely to ensure that the issues of developing countries remained on top of the agenda of the G-20 economies.

“Both India and Indonesia were founders of the Non-Aligned Movement, so it’s only natural that we will have stronger cooperation on the Global South,” Ms. Marsudi said.