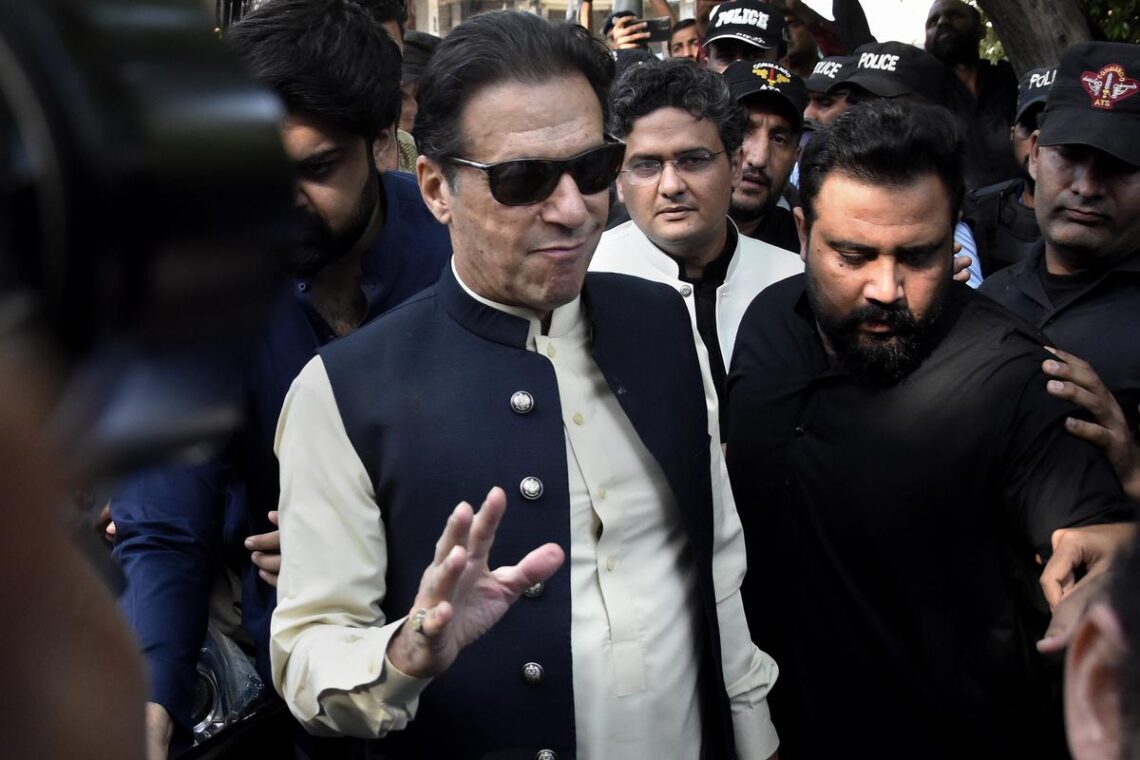 The byelection is the latest twist in months of political wrangling that began before Mr. Khan’s April ouster via a no-confidence vote

The byelection is the latest twist in months of political wrangling that began before Mr. Khan’s April ouster via a no-confidence vote

Former Pakistan Prime Minister Imran Khan won six of eight national assembly seats he stood for in a weekend byelection, unofficial results showed on Monday, a vote he has called a referendum on his popularity.

The byelection is the latest twist in months of political wrangling that began before Mr. Khan’s April ouster via a no-confidence vote, and comes as the nation grapples with the aftermath of devastating monsoon floods that left a third of the country under water.

The polls were called “in constituencies where the government thought PTI was weakest”, Mr. Khan, a former Pakistan cricket captain, said at a press conference at his home on the outskirts of Islamabad, referring to his Pakistan Tehreek-e-Insaf party.

“Despite such attempts, our voters defeated combined candidates of the ruling coalition.”

It was, however, an effective net loss for PTI, which had previously held all eight seats.

Individuals can stand in multiple constituencies in Pakistan elections and choose which to forfeit if they win more than one, but it is rare for a candidate to contest as many as Mr. Khan.

The 70-year-old has attempted to disrupt Pakistan’s political process since his April ouster when he ordered all his lawmakers to give up their seats, leaving no PTI members in the National Assembly.

The Electoral Commission has so far called byelections in only eight of the dozens of constituencies and PTI chiefs have said Mr. Khan will not take up any of the winning seats, triggering further elections.

“This was a referendum because voters knew we would not go to the Assembly, and even then they voted in favour of our candidates,” Mr. Khan added.

He has also vowed to soon announce the date of a “long march” of his supporters on the capital to pressure the government to announce an earlier national election than that scheduled for October next year.