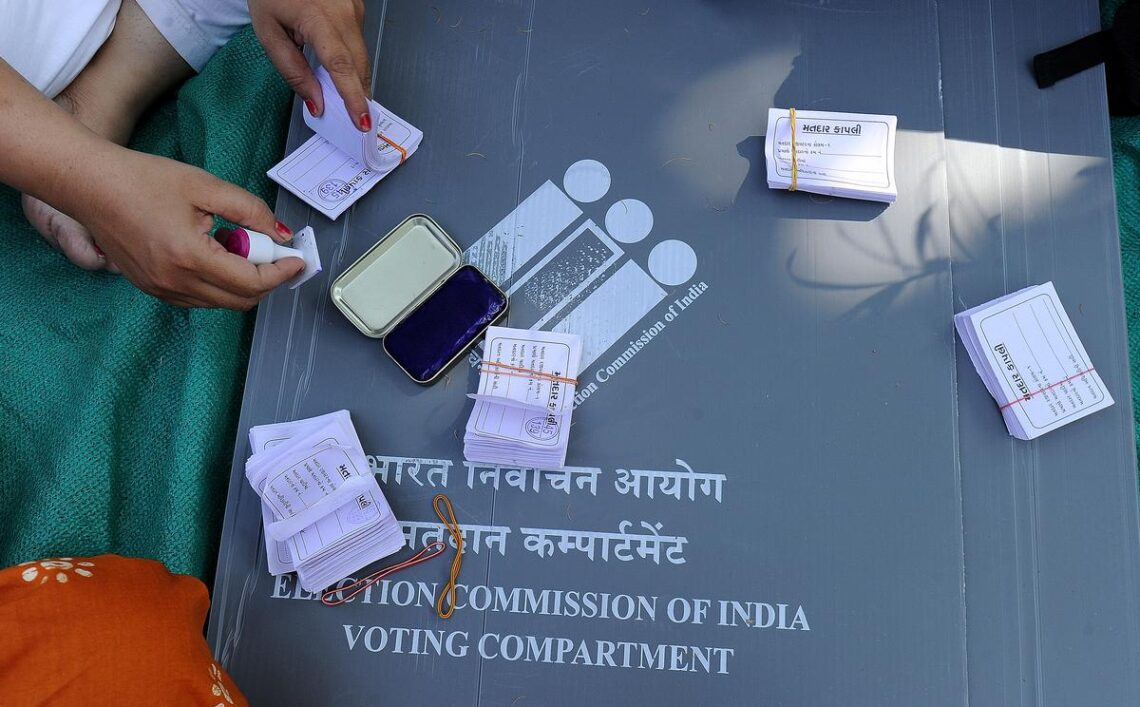 More than 2.5 crore people are eligible to vote in Phase II of the Assembly elections in Gujarat. Under the second phase, voting is held for 93 seats in 14 districts, including Ahmedabad and Vadodara, across north and central regions on Monday.

There are 833 candidates in the fray, including high-profile candidates such as Chief Minister Bhupendra Patel from Ghatlodia in Ahmedabad. Several other heavyweights such as OBC leader Alpesh Thakor, Patidar quota agitation leader Hardik Patel, Dalit activist Jignesh Mevani are in the fray in the last round of polling in the Assembly polls.

The Election Commission has set up 26,409 booths and nearly 36,000 Electronic Voting Machines (EVMs) will be engaged. Around 29,000 presiding officers and over 84,000 polling officers have been deployed in 14 districts to facilitate the polling process.

Votes will be counted on December 8, the same day as that of the Himachal Pradesh Assembly polls.

The first phase of voting for 89 seats in Saurashtra, Kutch and south Gujarat was held on December 1 with an average turnout of 63.31%, lower than the last time’s 67.79%.

Earlier, on December 4, 2022 late night, Congress sitting MLA Kanti Kharadi from ST reserved Danta seat in Banaskantha district in North Gujarat, has allegedly been attacked. The party accused BJP of attacking Mr. Kharadi ahead of voting in the seat.

Two party leaders including Rahul Gandhi have tweeted condemning the alleged attack on Mr. Kharadi while questioning the ECI’s silence.

BJP has maintained law and order in Gujarat, want Gujaratis to vote for us: Hardik Patel

Bharatiya Janata Party (BJP) candidate from Gujarat’s Viramgam Hardik Patel on Monday appealed to the people to cast their votes in the second phase of the Assembly elections which is underway and said that his party has worked for the development of the State.

“I appeal to everyone to vote. BJP has maintained law and order and has worked for the development of Gujarat. I want all Gujaratis to vote for BJP. We should exercise our power to vote as the election is the beauty of democracy,” Mr. Patel said ahead of casting his vote.

Arvind Kejriwal urges people to vote for progress of Gujarat

AAP convener Arvind Kejriwal urged the people of Gujarat to look towards State’s bright future and vote for change and development.

Prime Minister Narendra Modi appealed to the people to vote in large numbers in the second phase of the Gujarat Assembly polls and also in several by-polls across the country on Monday.

Urging all those who are voting in Phase 2 of the Gujarat elections, particularly the young voters and women voters to vote in large numbers. I will be casting my vote in Ahmedabad at around 9 AM.

“Urging all those who are voting in Phase 2 of the Gujarat elections, particularly the young voters and women voters to vote in large numbers. I will be casting my vote in Ahmedabad at around 9 AM,” the Prime Minister tweeted. — PTI

Voting began for 93 seats in 14 districts across north and central Gujarat. Over 2.5 crore voters are eligible to vote and 833 candidates are vying for the 93 seats in the Assembly.

Sitting MLA Kanti Kharadi from ST reserved Danta seat in Banaskantha district in North Gujarat was allegedly attacked late last night.The Congress accused BJP of attacking Mr. Kharadi. The Congress party leaders claimed that their demand for deployment of additional paramilitary forces in the area was overlooked by the authorities.