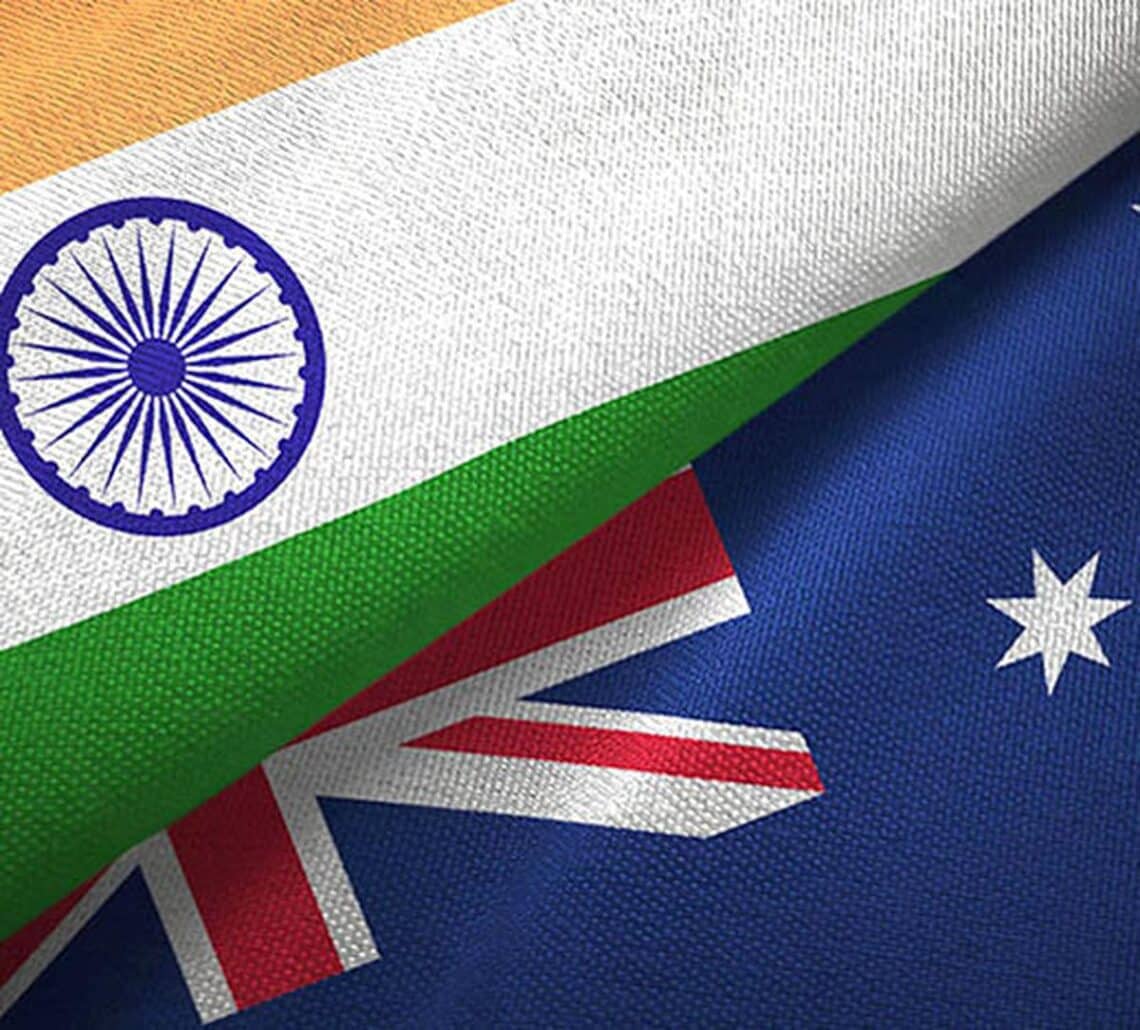 
India and Australia flag together. The free trade agreement between the two countries will come into force from December 29.
| Photo Credit: Getty Images

The free trade agreement between India and Australia will come into force from December 29, a move which will help in almost doubling the bilateral commerce to $45-50 billion in around five years.

“The (Anthony) Albanese government welcomes confirmation today that the Indian Government has completed its domestic requirements to enable implementation of the Australia-India Economic Cooperation and Trade Agreement (ECTA),” Australian Minister for Trade and Tourism Don Farrell said in a statement on Wednesday.

“This trade agreement will deliver new market access opportunities for Australian businesses and consumers from 29 December 2022,” it said.

Commerce and industry minister Piyush Goyal said the implementation of the free trade pact “is the dawn of a whole new era”.

“India & Australia consolidate their long-standing partnership. Economic Cooperation & Trade Agreement, realised under the guidance of leaders on both countries, comes into effect from December 29, 2022. It is the dawn of a whole new era for our businesses & people,” Mr. Goyal said in a tweet.

The agreement, which was signed on April 2, would provide duty-free access to Indian exporters of over 6,000 broad sectors, including textiles, leather, furniture, jewellery and machinery in the Australian market.

Under the pact, Australia is offering zero-duty access to India for about 96.4% of exports (by value) from day one. This covers many products that currently attract 4-5% customs duty in Australia.

The statement said that from 29 December, tariffs on 85% of Australia’s exports to India will be eliminated and high tariffs on a further 5% of goods will be phased down.

“Entry into force of the agreement before the New Year delivers a double bonus of two tariff cuts in quick succession: one as the agreement comes into effect and a second on 1 January 2023,” it said.

It added that ECTA will save Australian exporters around $2 billion a year in tariffs, while consumers and business will save around $500 million in tariffs on imports of finished goods, and inputs to “our manufacturing sector”.

The tariff commitments provided by India in the agreement will open up access for Australia’s exporters of products including critical minerals, pharmaceuticals, cosmetics, lentils, seafood, sheep meat, horticulture and wine, it said.   Further it said that Australian service suppliers will benefit from full or partial access across more than 85 Indian services sectors and subsectors. Australian suppliers across 31 sectors and subsectors will be guaranteed the highest standard of treatment that India grants to any future free trade agreement partner.

“Australia and India are now progressing a Comprehensive Economic Cooperation Agreement to build on ECTA. The Australian Government is pursuing further opportunities in goods and services, in addition to new commitments in areas such as digital trade, government procurement, and new areas of cooperation,” it said.

Australian Prime Minister Anthony Albanese said that the agreement is the next step in elevating our relationship with India, the world’s fastest growing large economy.

Minister for Trade and Tourism Don Farrell said that the ECTA’s two tariff cuts in quick succession intensify the up-front benefits of this agreement for exporters.

“Businesses are encouraged to get on the front foot and prepare themselves now to take advantage of the substantial improvements in market access to India under the new agreement. Austrade can assist existing and potential exporters benefit from the lowering of trade barriers into the Indian market,” he said.