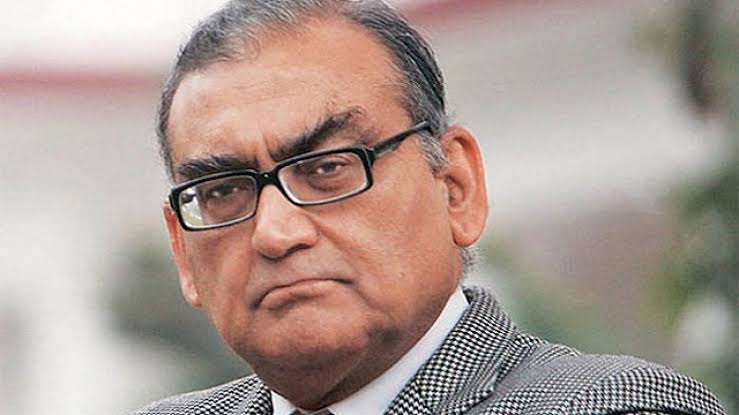 Every Indian family have a Rishta Aunty in their contact list, but now it looks like that our former Justice Markandey Katju has taken this role for the entire Indian population and mind you, he is on roll!!!

but not many know this, Rishta Aunty in Katju didn’t appear yesterday for the first time. It was on 19th September 2020, when this new side of Katju was revealed to the netizens. As Katju posted a matrimonial Ad on twitter for a 23-year-old law student.

The tweet read, “I just now spoke on skype to a young Kannadiga girl living with her parents in Bangalore, aged about 23, in her final year law course. She is single, and when I suggested she get married, she requested me, as a grandfather, to look for a suitable match for her for marriage, someone who is career-oriented and an extrovert. She loves travelling and would prefer someone who also loves travelling. Anyone interested may send me an email on [email protected]” The tweet instantly got tons of retweets and amazing replies, some laughed, pulled his leg, created memes out of it

Jeevansathi and Bharat Matrimony should be worried. He might put them out of business. https://t.co/Oi4QUUy18U

.@bhartijainTOI Now Kannadigas on the watchlist ::)) But, what happens if there is a problem in the marriage – can they expect justice from Indian Courts? 🤔 @smitaprakash @nistula https://t.co/CbTektmbGa

while others seriously criticized him for having a regressive mentality and putting the message out here in public instead of encouraging the young girl to build her career. As a Twitter user wrote, “Sir I thought you would guide her to complete her education first rather offering to choose a suitable boy for her.”,  “A 23-year young girl needs to build her career before tying the proverbial matrimonial knot! And she should select her life partner herself. You should have oriented her in this direction of personal and professional development Mr Justice Katju ji!!”, another one commented.

After getting a lot of negative responses, Katju deleted the tweet. But now again he has brought his matrimonial hobby to the surface, this time through Facebook. 🤭

Katju’s Facebook timeline at this time is like an episode of Comedy Circus, where you can have different acts to crack you up. From matrimonial Ads to India’s Got Talent, everything is there. We encourage you to go and stalk him for a good laugh. You can of course come back later to thank us. 😉

Also, keep checking our news section for more updates on this and many other matters.