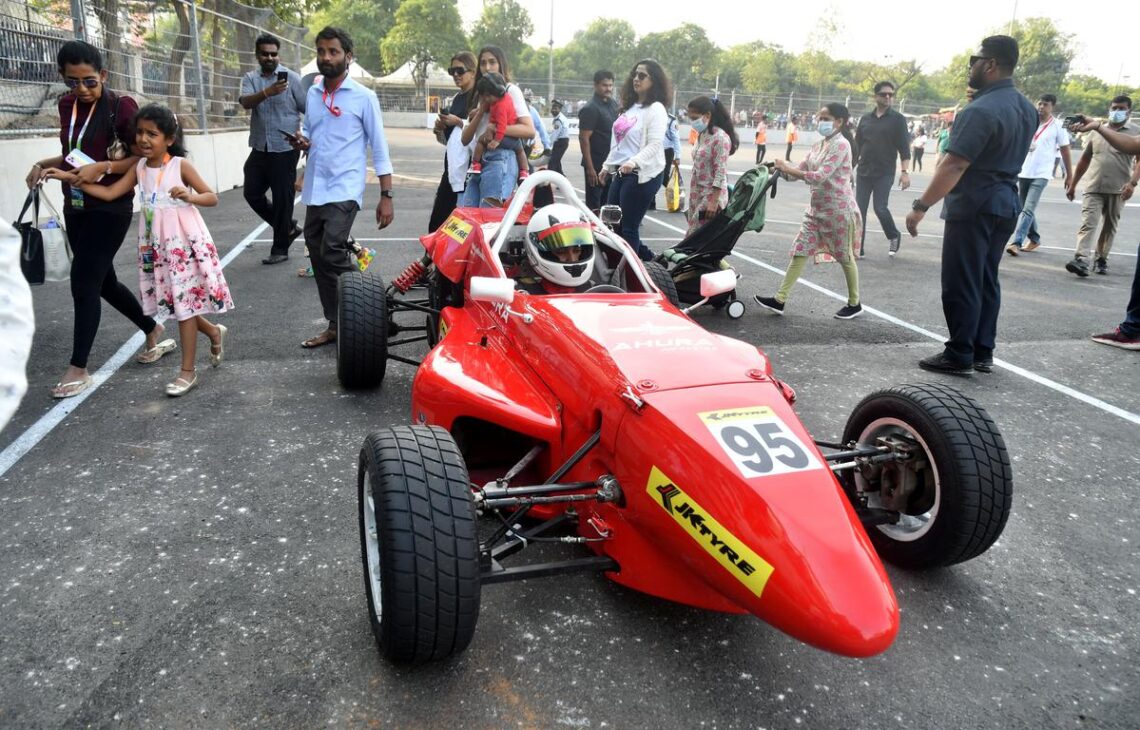 It was a different week-end for the Hyderabadis and they responded in style with about 7,500 witnessing the Indian Racing League make its debut on the Necklace Road stretch on the 2.7 km course with 17 turns on Saturday.

The racing cars zoomed past the enthusiastic spectators, most of whom have purchased tickets priced at ₹749 per head, who got a feel of what is in store for the more bigger motor racing events in what many describe as the most ‘Happening City’.

The League was formally flagged off by Telangana IT Minister K.T. Rama Rao.

The die-hard fans of motor racing had the chance to see a trial run before the League began and then the two qualifying races and then the Race 1 (main race).

It may be mentioned here that Hyderabad will host the Formula E-Racing on the same course in February 2023, the difference being today petrol cars (240 kmph) featured while in February all electric cars (about 320 kmph) will be in action.

The IRL will see 50% of Indian racers, and the remaining – foreigners.

The organisers took all measures, including setting up medical facilities, special ambulances in case of any emergency situation.

It is also announced that in view of the IRL races tomorrow, traffic restrictions will be in force till Monday.

The local fans had something to cheer about with Hyderabad Blackbirds featuring City’s very own Anindith Reddy with seven years of experience and many championship wins.

“It was good to drive on Street circuit, the track was rugged today, and we hope it will get better tomorrow and look forward to racing tomorrow as well here,” he said later.

Tickets are available on BookMyShow : https://in.bookmyshow.com/sports/indian-racing-league