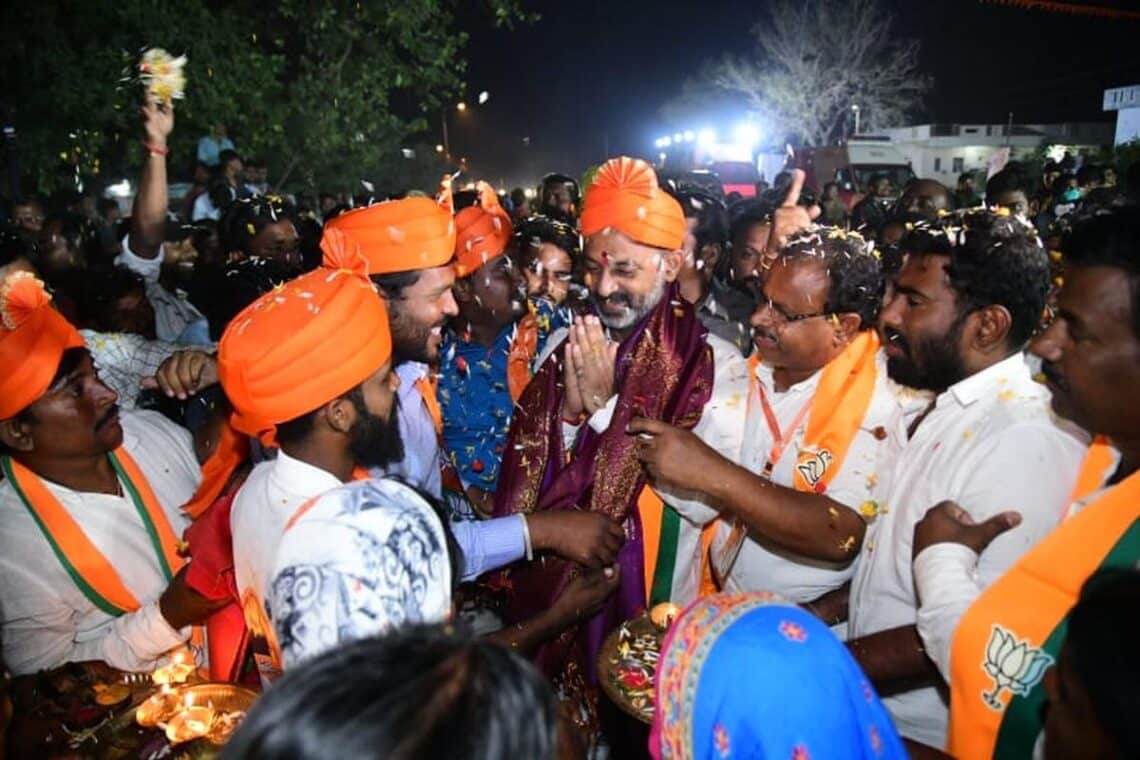 BJP State president Bandi Sanjay Kumar called upon party leaders and workers to intensify their agitations over local issues in their constituencies. “This is the only way to come closer to the public and eventually come to power,” he said.

“An anti-establishment wave is palpable in districts, as local TRS MLAs had miserably failed to fulfil the aspirations of people. They are looking up to BJP as an alternative political force. Let us take advantage of it, fight to sort out local problems and instil faith in people saying that their problems can be solved only if BJP comes to power,” he said while interacting with party leaders of Mancherial district at his padayatra camp at Rampur village in Nirmal district on Saturday.

Some BJP leaders complained to Mr. Sanjay that they were under tremendous pressure from TRS leaders to join their party and those who were trying to resist the pressures were being implicated in false cases. Mr. Sanjay assured them that the BJP leadership would stand by such party leaders. He also asked them to get ready to go to jail if necessary stating that leaders must be with people, come what may.

The TS BJP chief directed party leaders to form booth-level committees at all polling stations before December 10 and said that there should not be any laxity.

He also said that only winning horses would get party tickets. “Your style of functioning, your popularity and fighting spirit will be the criterion to get tickets for the next elections,” he said.

Later, addressing a huge rally at Dilavarpur mandal headquarters on the sixth day of his padayatra, Mr. Sanjay said that there had been no change in the living conditions of people even eight years after the formation of Telangana State.