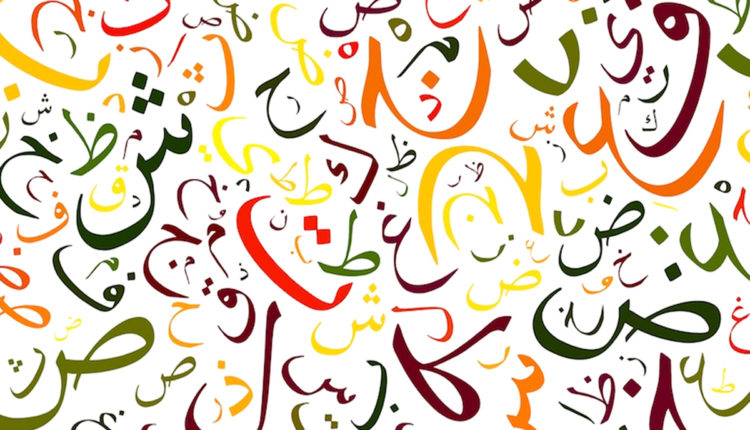 Is Urdu really a foreign language?

Over the decades, there have been solemn attempts to communalize the languages in order to acquire political gains. One such scapegoated lingua franca is Urdu.

Urdu, also known as; ‘Lashkari zuban’ (Language of the army) was initially invented in the Delhi region of United India. Although, it is the official language of Pakistan, the influence and usage never ceased to flourish in the region of its birth. However, among 22 official languages of India, Urdu has also managed to book its seat, battling through several movements emphasizing towards giving communal colours to it.

In Delhi and its surrounding areas, the former native language was ‘Khariboli’ – whose earliest form is known as Old Hindi. It belongs to the Western Hindi group of the Central Indo-Aryan languages. When Delhi Sultanate led by Turko-Afghan was established, Persian was chosen as the official language in India. The legacy didn’t stop, instead was carried forward by Mughals till 18th century.

The amalgamation of Hindu and Muslim cultures during the span of Islamic Administrative Rule in India led to the development of Hindustani as a product of a composite Ganga-Jamuna Tehzeeb. The speakers of Khariboli such as people hailing from Delhi region and western Uttar Pradesh began to acquire many Persian words. However, the name Urdu was not coined until the 18th century. Ghulam Hamadani Mushafi in 1780 for the very first time replaced the former names, such as Lashkari, Dehlavi, Lahori, Hindi, Hindavi, Hindustani, into Urdu. The term Urdu was derived from the Turkic expression ‘Ordu’ which means army. The language had genuinely originated due to the intermixing of the army generals of Central Asia with that of early indigenous Indians. Hence, it came to be known as the ‘language of the camp.’ Later the newly invented and widely accepted language of the capital region began to be used in courts and elite settings.

How and why Urdu became a controversy?

Although, the Mughal rule had ended in India during the mid-19th century, British administrators would still address Urdu as the Hindustani language. In colonial India, Muslims and Hindus alike spoke the same language. Yet, they would call it by different names, such as Hindi, Urdu, Hindustani or one of the regional dialects such as Braj or Awadhi.

The problem arose when the elite section of both communities failed to agree on a single platform of literary sides. The Muslims continued to write the language in the Perso-Arabic scripts in courts and government offices, while on the other hand Hindus repudiated, and vigorously asserted to forge Devanagari script.

By then Urdu had already become a co-official language along with English, during the British colonial rule. But the excessive use of Perso-Arabic texts had triggered the Hindu sections under the banner of Arya Samaj. Thereafter, innumerable attempts within both the communities started taking shape, which came out with the slogan – “Urdu for Muslims” and “Hindi for Hindus”. This sectarian divide was in no doubt ridiculous. Urdu was invented, nourished, cherished, nurtured and grew within Indians (both Hindus and Muslims). Thus, the congenial relation that Hindus and Muslims of India had enjoyed over many centuries had rather become inimical. It was difficult for Hindus to subscribe to the Perso-Arabic script. Contrastingly, for Muslims, the original Persian style of Urdu continued to be paramount.

There are over 100 million native speakers of Urdu in India and Pakistan together. Also, there are several hundred thousand in the United Kingdom, Saudi Arabia, the United States and Bangladesh. However, Hindustani, of which Urdu is one variety, is spoken much more widely, forming the third most commonly spoken language in the world, after Chinese (Mandarin) and English. The grammar, morphology and the core vocabulary of Urdu and Hindi are essentially identical – thus linguists usually count them as one single language.

The situation in India, however, changed drastically. The language which had remained profoundly very close to the natives of north-India and had affinities with its surrounding areas too became a scapegoat of communal colours. It remained confined to the regions which had had Muslim rule or have Muslim majority now. These include parts of Delhi, Uttar Pradesh, Madhya Pradesh, Bihar, Andhra Pradesh and Karnataka. While there are many cities in India which are known as the hub of Urdu language, which includes – Lucknow, Delhi, Aligarh, Meerut, Saharanpur, Rampur, Bareilly, Muzaffarnagar, Roorkee, Deoband, Moradabad, Azamgarh, Bijnor, Agra, Allahabad, Gorakhpur, Kanpur, Badaun, Bhopal, Hyderabad, Aurangabad, Bangalore, Kolkata, Mysore, Patna, Gulbarga, Parbhani, Kochi, Ajmer and Ahmedabad.

After the independence and partition of India, Pakistan which was a newly formed country and crafted out of India, chose Urdu as its official language. However, there is no such province in Pakistan, which speaks Urdu as its first language. Punjabi in Punjab, Balonch in Baluchistan, Sindhi in Sindh, Pashtun in North-West Frontier, and Kashmiri in POK – nevertheless, Urdu is promoted and propagated in every state of Pakistan. Muhajirs (migrated from India to Pakistan during the partition) since 1947 have historically formed the majority population in the city of Karachi. Many newspapers are published in Urdu in Pakistan, including the Urdu News, Daily Pakistan, Daily Jang, Nawa-i-Waqt, and Millat.

The concealed truth of Urdu

Moved by the efforts of sectarian politics, millions of Indians who are participating in the campaign of hatred towards Urdu, are deprived of the realism that they are more Urduish than Hindic. The fact of the matter is, Urdu was/is never a foreign language, rather it was indigenous since the day of its birth. If Urdu was to be subtracted from the context of India in its entirety, then a large section of people would be deprived of communication.

At the end of the day, in the light of rationalism, one will realize – we are more URDU then HINDI, and – Urdu is indigenous to India, not Pakistan.

Share of Chinese smartphone brands in the Indian market slips to 72%: Counterpoint Research