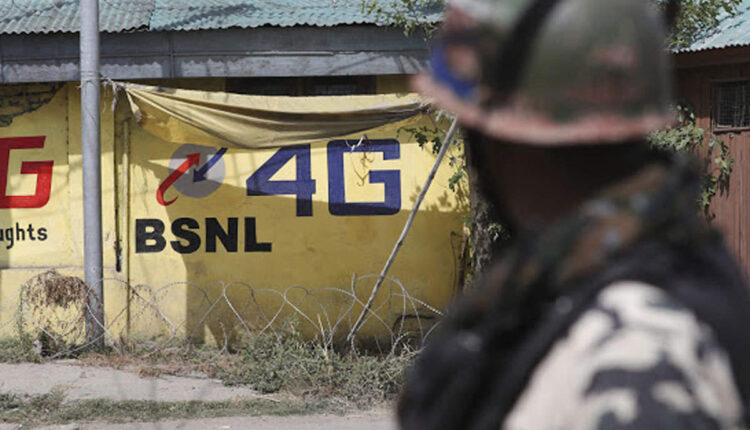 Internet restrictions in Jammu and Kashmir are in the interest of sovereignty and integrity of India, the central government told parliament on Sunday.

The centre defended slow communication and internet blockades which were imposed in Jammu and Kashmir in Lok Sabha on Sunday. The controlled speeds are enough for E-learning and public health service, especially amid the coronavirus pandemic, stated the government.

“The internet services are already available in Kashmir on a fixed-line and that too without any speed restrictions as well as 2G speed mobile data services are also operational from 24th January 2020. Restrictions on accessing social media sites have also been lifted from March onwards,” Minister of State for Home GK Reddy informed Lok Sabha in a written reply.

“The 2G mobile internet speed is not an impediment in COVID control measures including dissemination of information to the general public as well as health workers. E-learning apps and education and e-learning websites of the government are accessible over 2G internet for downloading e-books and other study material,” he said.

On Saturday, Farooq Abdullah, National Conference leader, said that the Union Territory deserved the same rights as the rest of the country. Abdullah rued about the slow internet services available in the region.

High-speed 4G mobile data services have started in Ganderbal and Udhampur districts of the Union Territory where the government imposed a crippling communication blockade in 2019, Reddy told the Parliament.

On one hand, the government repeatedly defended the decision of the Throttled Internet in the name of security and spread of misinformation while on the other hand according to sources these restrictions have cost hundreds of thousands of job losses and crores of loss to the economy.

For more such updates, keep checking our news section.

Mumbai : Another building collapse, this time in Bhiwandi .

Tiktok: Trump allows app to operate in US