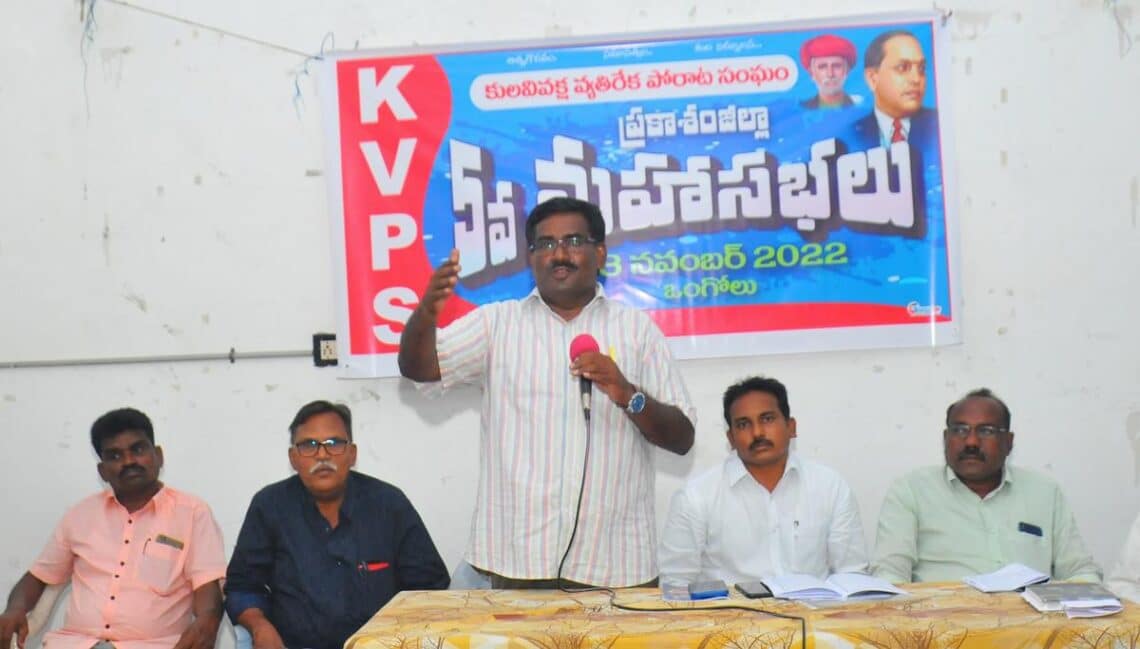 Addressing a KVPS district conference here on November 23 (Wednesday), its State Secretary A. Malyadri said the quota regime was increasingly losing its relevance in the wake of massive disinvestment in Public Sector Undertakings (PSUs) by the Narendra Modi Government. He alleged that the Central Government has been trying to dilute the Constitutional provisions that assures social justice to the weaker sections of the society.

It was unfortunate that the Bharatiya Janata Party, which came to power promising at least one job for each household, failed to fill the vacant posts in various government departments, he charged .

Pressing for extension of reservation for those who converted their religion, he argued that the social discrimination would not stop even after the conversion.

He accused the YSR Congress Party Government in the State of diverting SC/ST Sub-plan funds on a large scale to the ‘Navaratnalu’ welfare schemes.

He said that only land distribution to Dalits in a big way could help them lead a dignified life. The absence of land holdings was one of the main reasons for continuing social discrimination against Dalits in villages, he explained.