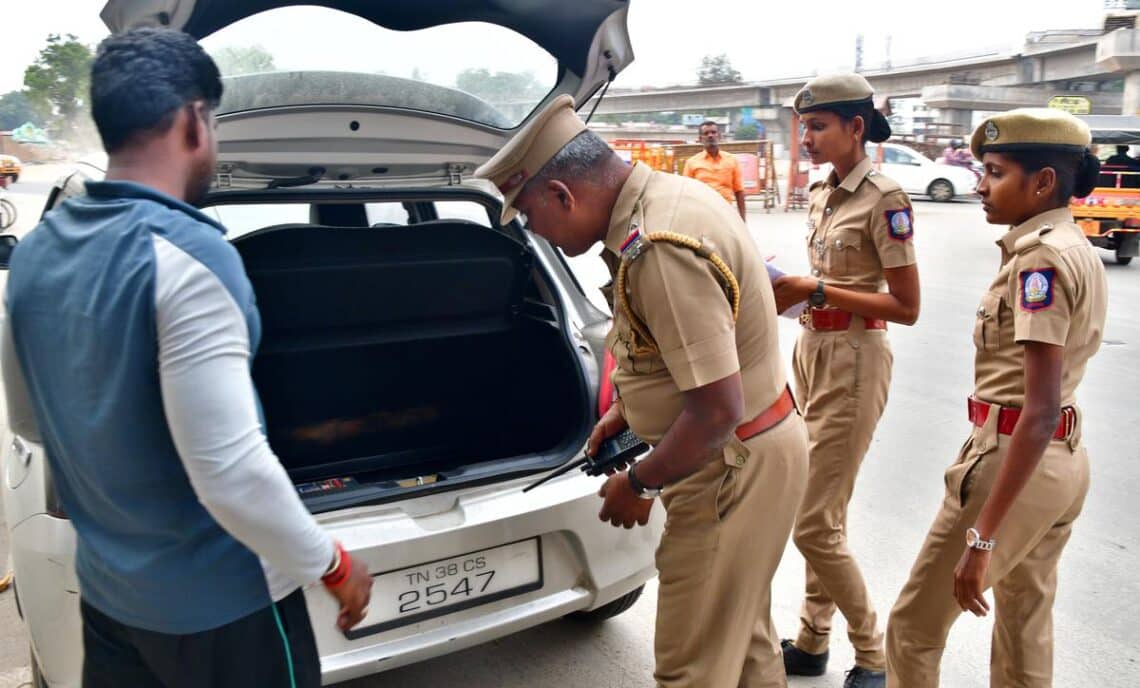 The police intensified checking of vehicles entering Coimbatore district at all checkpoints on the Tamil Nadu-Kerala border on Sunday following the blast in an autorickshaw in Mangaluru, Karnataka, on Saturday evening.

The security was stepped up in the district after the Tamil Nadu police confirmed that the suspected main conspirator of the blast, Mohammed Shariq, stayed in Coimbatore for a brief period in September. The police were also going into the other aspects of his visit to the city.

Coimbatore District (Rural) Superintendent of Police V. Badrinarayanan told The Hindu that the police checked all incoming vehicles at the border checkpoints on Sunday.

He said the focus was more on checking vehicles entering the district from Kerala than on conducting patrols. The police were advised to conduct an intense check at night.

There are 13 major checkpoints along the border in Coimbatore district.

Security was tightened in the city, where a car loaded with explosives and LPG cylinders exploded in front of the Sangameswarar temple at Kottaimedu on October 23. The suspected mastermind, Jameesha Mubin, was killed in the blast.

A senior police officer said the vehicle checks were conducted mainly at all checkpoints along the border of the city limits. Vehicles entering the city from the district police limits were also checked, the officer said.

Over 4,000 people a day in Tamil Nadu getting conjunctivitis, says Health Minister