Over 4,000 people a day in Tamil Nadu getting conjunctivitis, says Health Minister 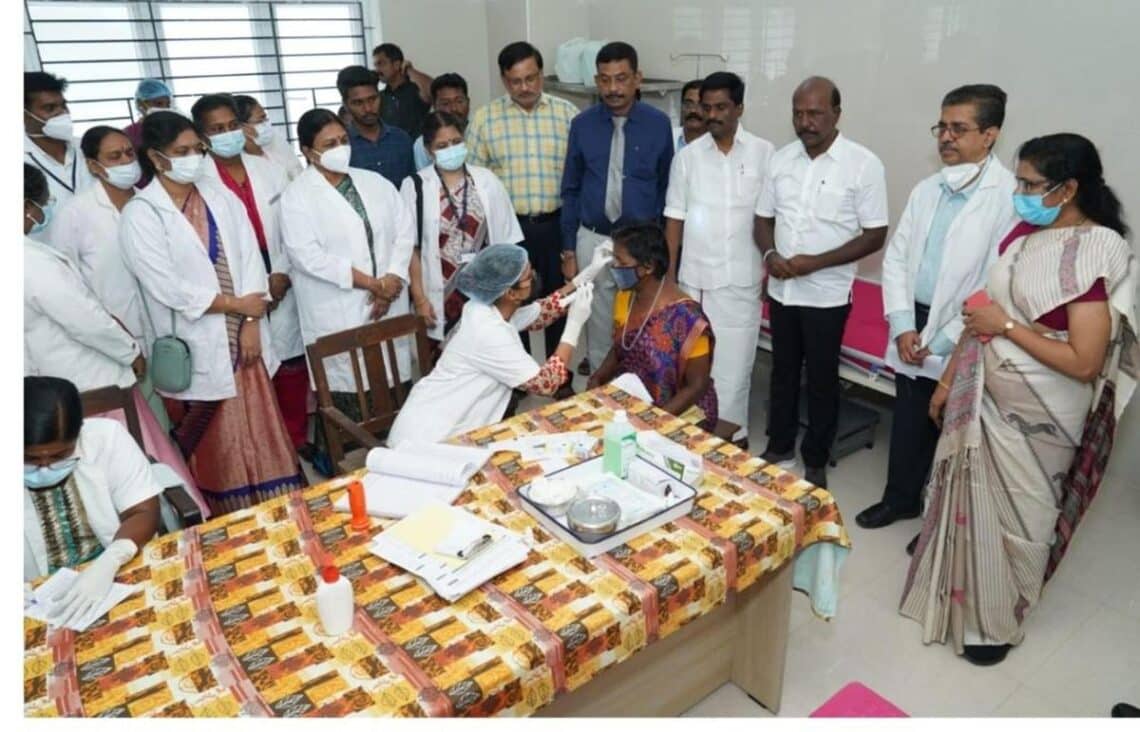 
Health Minister Ma. Subramanian who visited the Regional Institute of Ophthalmology on Monday, “Madras Eye” has been on the rise since the first week of September
| Photo Credit: Special Arrangement

“Since the start of the northeast monsoon, nearly 1.50 lakh persons have been treated for conjunctivitis in the State,” the Minister said, shortly after inspecting the conjunctivitis treatment ward at the Regional Institute of Ophthalmology and Government Ophthalmic Hospital (RIO-GOH), on Monday.

To get today’s top stories from the State in your inbox, subscribe to our Tamil Nadu Today newsletter here

The Minister said the spread of conjunctivitis, commonly known as “Madras Eye” has been on the rise since the first week of September. The Minister said that the cases were higher in districts such as Salem and Dharmapuri but there was no need to worry.

The Minister said that no person, who was treated for conjunctivitis, has had complications so far. “On behalf of the RIO-GOH, we tested samples at the PCR laboratory in Guindy. It was found to be caused by adeno and enteroviruses.” he said.

According to a press release, adenovirus and enterovirus were identified in 56 of 66 samples tested.

Irritation in the eyes, redness, watery discharge, itching, swelling, and stickiness are the symptoms of conjunctivitis, the Minister said. Those affected should not rub or touch their eyes. Noting that conjunctivitis spreads easily, he advised that affected persons should isolate themselves and should avoid going to offices, schools, commercial establishments, and public places for three to four days.

The Minister also advised persons not to resort to self-medication and seek medical help. The cases are expected to decrease from the second week of December, he added.

Mr. Subramanian said that information boards on conjunctivitis, including precautionary measures, would be put up in these hospitals, while hospitals would be told to put in place physical distancing measures as well.

20 Most Famous Salman Khan Dialogues For Every Bhai Fan