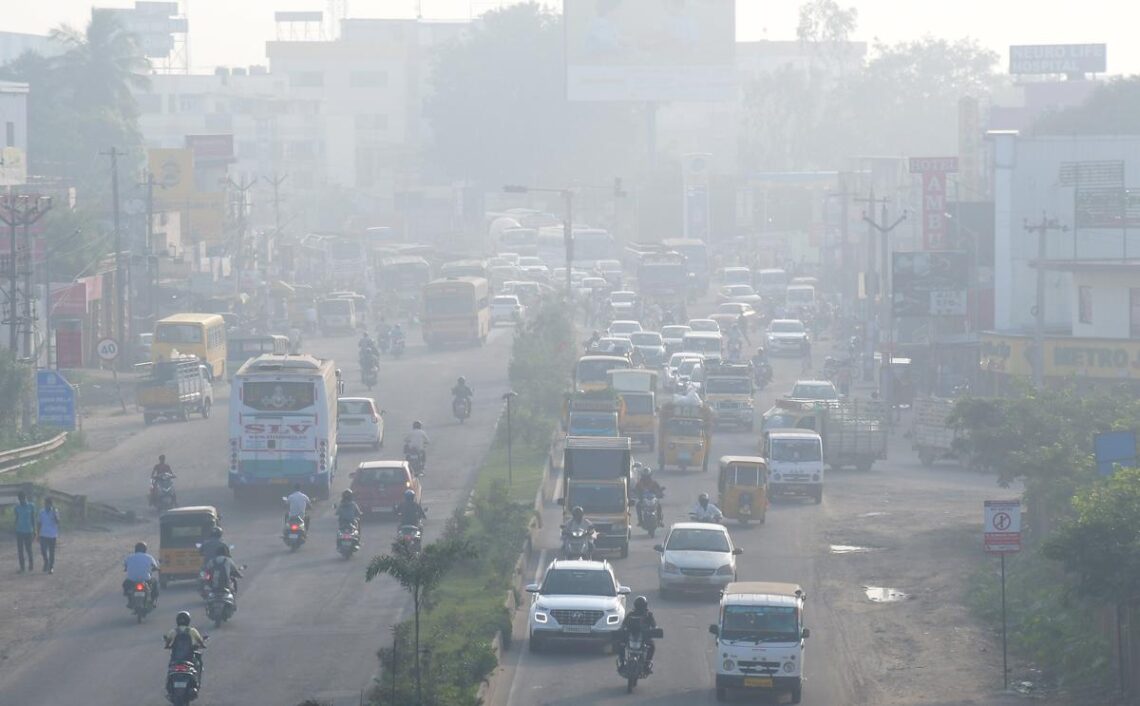 
Chennai had a misty morning on Thursday. A scene on Poonamallee High Road near Maduravoyal
| Photo Credit: VEDHAN M

The fresh weather system waiting in the wings is expected to bring heavy rains in north coastal Tamil Nadu and delta districts from Sunday.

A low pressure area that formed over southeast Bay of Bengal and north Andaman Sea this morning is likely to intensify into a depression over central parts of south Bay of Bengal by Saturday. It is expected to move towards Tamil Nadu, Puducherry and the south Andhra Pradesh coasts during the next three days.

This weather system may put an end to the short rain break that most of the State is experiencing this week, and influence an increase in rains from Saturday.

P. Senthamarai Kannan, Director, Area Cyclone Warning Centre, Chennai, said the prediction of the system’s movement is varied across different weather models. While some showed the north TN coast coming under it, some models indicated a movement towards the south AP coasts.

“We will have a better understanding of the track by Friday. We expect isolated very heavy rains to hit extreme north TN districts, including Kancheepuram, Chengalpattu and Villupuram districts, on Monday if the system moves upwards,” he said.

Tamil Nadu has so far received nearly 33 cm of rainfall, which is surplus by 14%, during this season, he added.

The Regional Meteorological Centre, Chennai has also forecast heavy rains in isolated places over other districts such as Tiruvannamalai, Kallakurichi and Cuddalore on Monday.

During the past 24 hours ending 8.30 a.m. on Thursday, only a few places received rains and the highest amount of rainfall of 9 cm was recorded in Ramanadhi dam, Tenkasi district.

While a few interior parts of the State may get rain on Sunday, the RMC has forecast heavy rains in isolated places over Chengalpattu, Mayiladuthurai, Nagapattinam, Tiruvarur, Villupuram, Cuddalore and Thanjavur districts on Sunday.

On Monday, many areas, especially in northern parts of the State and Puducherry and few places in south Tamil Nadu, may get light to moderate rains.

Mist in some parts of Chennai

On mist/haze cover over some parts of the Chennai on Thursday, officials said a combination of weather factors: availability of moisture in the atmosphere, drop in maximum temperature and a clear sky had led to such weather. Chennai will continue to have misty early morning till Friday and light/moderate rains in some parts.

Fishermen have been advised not to venture into the sea from Saturday to Monday as squally winds would blow along and off the TN coast and southwest Bay of Bengal.

Why did Russia withdraw its troops from Kherson?