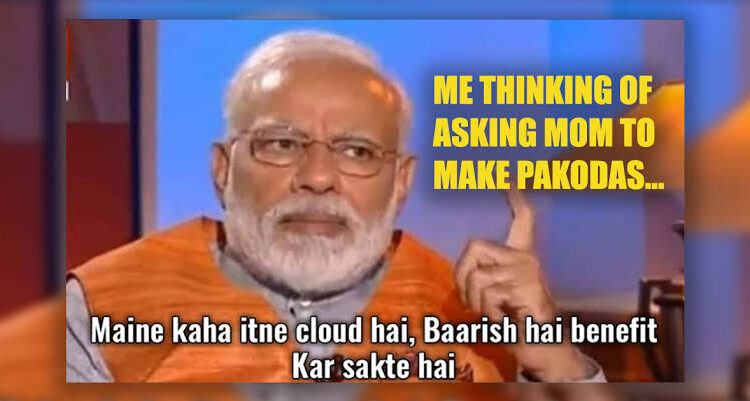 There is not much left to say when society collectively loses its soul for the significant purpose of polishing some agenda. But people of Modern India can sit back and relax saying "Acche din are here".

Recently a famous brand Tanishq had to withdraw its advertisement because it talks about unity, love, and harmony among communities. The brand pulled the ad off because it received a backlash on social media and supposedly hurt sentiments of the communal flag-bearers. The irony is that an Advertisement by jewellery brand Tanishq gets more outrage than an Acid attack on three minor Dalit sisters on 13 October in UP. It is the definition of New India, perhaps !!

These are the same communal blabbers who were searching for an international angle in the tragedy of Hathras, UP. The Hathras case became the symbol of the miserable failure of the UP government’s law and order. The state government is apparently asserting to have found a ‘Naxal’ connection to the incident or touching plot hatched by groups and people in foreign countries to besmirch the state government and incite caste violence in the backdrop!

UP CM, Yogi Adityanath said, “Our opponents are conspiring against us by trying to lay a foundation for caste and communal riots through international funding”.

Such is the trouble times we live in. You need not go far into history to collectively point out the degradation in the society happening, because the incident of Hathras gang rape case is not so old.

Read: Hathras Wasn’t The First Or Last One: Sexual Oppression Of Dalit Women In 2020

Victim’s family who lost their daughter and was not even allowed to perform last rites was asked for a narco test. Above all, we have a Prime Minister who is tweeting about everything insignificant happening in the world but does not care about daily atrocities against women in BJP ruled UP. His silence on the killing and alleged gang-rape of a young woman in Hathras, when he is “vocal on every issue from local to global” is heart-wrenching.

Indians will never find hawkishness, dogmatism, or lynching problematic. Because our minds are preoccupied with fundamentalism, and we repel rationality and scientific attitude. The conglomerate of all these is our ‘Samajsevak’. Not only this the incident also showcased the collective collapse of the organisation.

The flagrant behaviour of the UP police has been the most brazen. How can women irrespective of her profession they belong to were manhandled!

An act of legalised plunder: Government increasing cess on…

There is not much left to say when society collectively loses its soul for the significant purpose of polishing some agenda. But people of Modern India can sit back and relax saying “Acche din are here”. 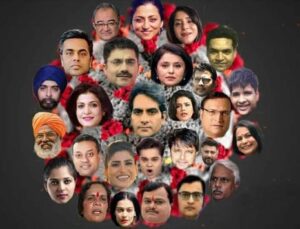 The fourth pillar of democracy is also under strain. Today journalists don’t show you the reality but round clock entertainment going on news channels. The journalists will force you only to think that they want you to consider. “Sach Na Dekho, Sach Na Suno, Sach Na Bolo” became the tagline of all the mainstream news channels. That appears to be the adage of some of our very dear news reporters as they sidelined the Hathras case. A young Dalit girl lost her life after battling critical injuries and a criminal attack. But on the day she died, some news anchors determined to ignore her story and kept their focus on SSR case and even sold fraudulent news.

Mainstream media has become an essential amplifier in disseminating inappropriate information. When you look at the entire picture, you will get to know that Indian media is in deep crisis and immediately needs purging. Another negative side of the media houses today is that they invite the so-called experts from the fields and portray them to deliver a one-line agenda or one wrong side story. The result is an abyss. The anchor bent back with content, and the channel is celebrating, the audiences got their nightly entertainment! That’s what it is entertainment and vulnerable, all in the name of regular broadcasting!

These are cases – too obvious, regrettable – when the notion of balance is made an absurdity of by journalists who actually may believe they are being professional! The question to ask here is—why debate that issue in the first place? Thoughtless aggression, bullying, media trials are the new equivalent of modern journalism. Media has lost its reliability and became one-sided, helping the people in power to brighten their political agenda. Remember 2.5 months-long stretch of a Sushant-Rhea debate for no reason and no connection to the well-being of the people.

In the present climate, with polarised governments and social views, with increasing narrow-mindedness against minorities and dissenters. The media can and should be a beam of hope for not just progressive, secular and democratic prototypes, but also to ensure that extremist opinions don’t get into the papers or on television. Instead, the media in India has become a part of the same.

There are no jobs, economic failures, no decent international position, and so numerous other issues if ignoring those people who are more interested in divisive diplomacies; then they merit this regime. The problem is, even though these people deserve this regime, but the minorities and the oppressed of the country are suffering.

Osho was right with his words “India would be a slave again with these narrow-minded- population of India.”

Anyhow India is heading towards slaveholding once again maybe not a colonial captive. The problematic term for rational individuals and bodies with high value. So far, we are making a mockery of the idea of law, democracy and Indianess.

Disclaimer: All ‘Opinion’ branded stories are submitted by citizen journalists to The Second Angle. Views expressed by the writer are exclusively personal and do not reflect the stand or policy of  The Second Angle.

A true essence of AMU and modernization through the eyes of…