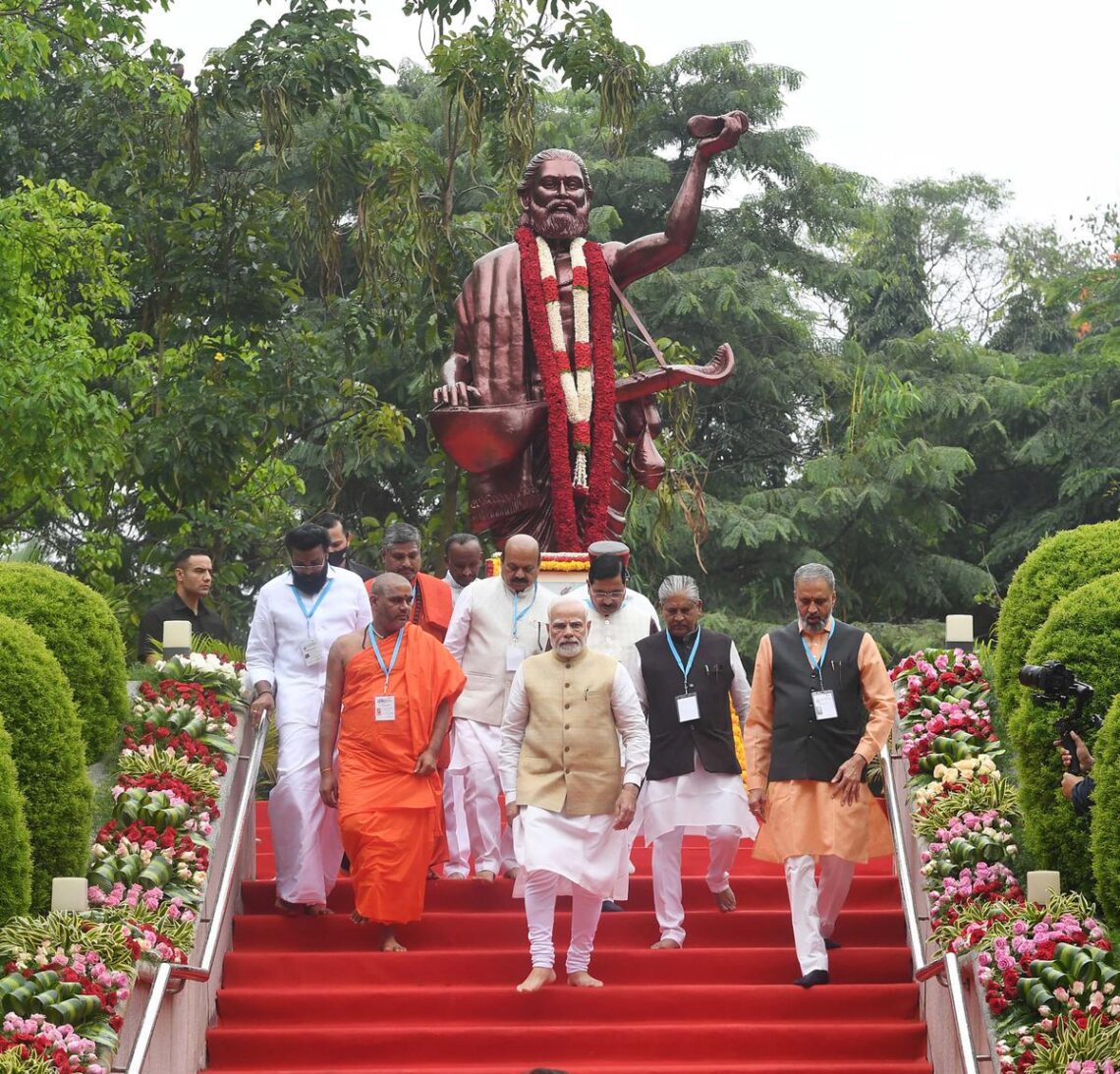 Not only was the Prime Minister’s programme in Bengaluru a signalling to the Vokkaliga community which the ruling Bharatiya Janata Party (BJP) is trying to woo, but was also politically significant in terms of message to the Kuruba and Valmiki communities.

Significantly, Leader of Opposition Siddaramaiah is from the community, and there has been rumblings within the community leaders from BJP over sidelining of K.S. Eshwarappa, who had earlier supported a demand for Scheduled Tribe status for the community.  Mr. Eshwarappa has been unhappy over not being reinstated in the Cabinet.

Earlier in the day, the Prime Minister paid floral tributes to Maharshi Valmiki at his statue. Prasannanda Puri Swamiji and Transport Minister B. Sriramulu of the Valmiki community were also present during the event. The State BJP government recently hiked reservation for Scheduled Tribes from 3% to 7%, which will mainly benefit the Valmiki community.

On the substance abuse trail in Kerala