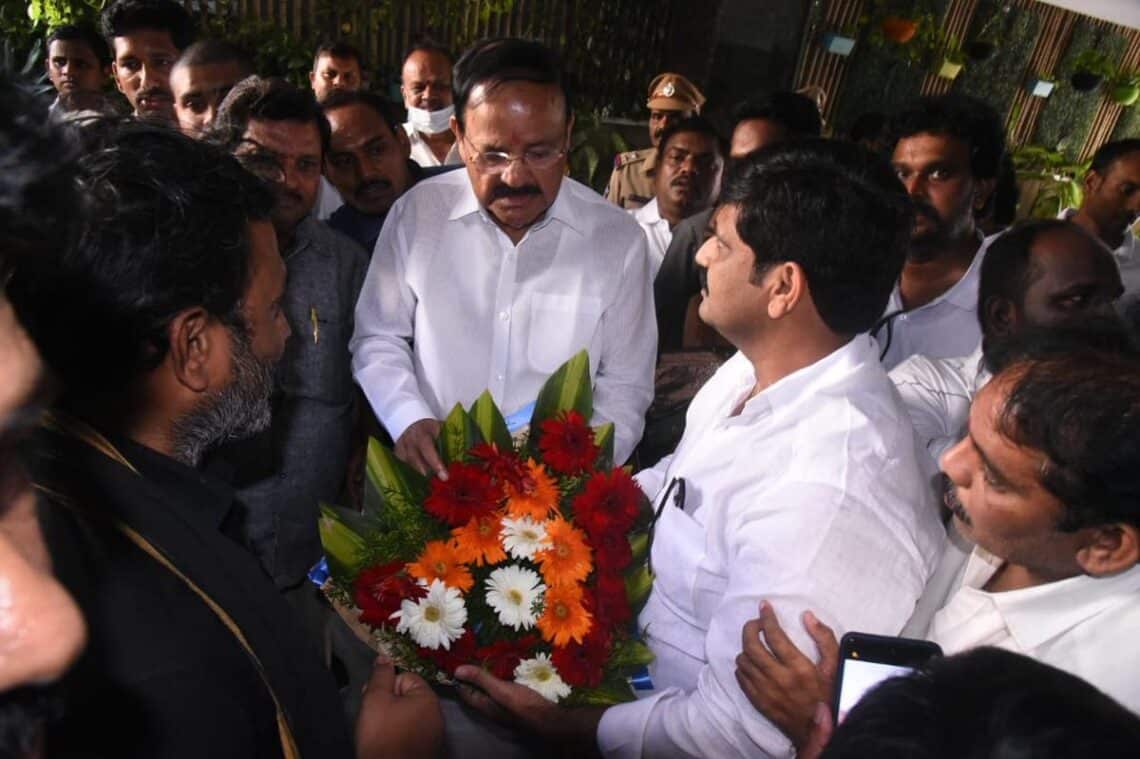 During his maiden visit to Ongole after demitting the office in August, the former Vice-President inaugurates virtually a bio-secure shrimp nursery at Gavandlapalem village in Prakasam district

During his maiden visit to Ongole after demitting the office in August, the former Vice-President inaugurates virtually a bio-secure shrimp nursery at Gavandlapalem village in Prakasam district

Inaugurating virtually a bio-secure shrimp nursery, promoted by Nuzivid Seeds Limited (NSL), at Gavandlapalem village in Prakasam district, he said India had the potential to emerge as the third largest global economy by 2030. For this to happen, collective efforts should be made in every sector, including aquaculture, he added.

Mr. Naidu recalled how sceptics were of the view that a hugely-populated country like India would suffer heavily following the outbreak of the pandemic. But the country proved them wrong, thanks to the collective efforts by health workers and scientists, he said.

Noting that shrimp farmers suffered because of spurious seeds, high cost of farm inputs and unremunerative prices for their produce because of volatile market condition, he underscored the need for production of specific pathogen-free (SPF) broodstock, quality feed and adoption of appropriate post-harvesting technology to add value for their produce. He also exhorted the farmers to cut costs to stay afloat in the global market.

NSL Chairman M. Prabakar Rao said the bio-secure facility would help shrimp farmers cut down production cost by ₹50 per kg and compete with their counterparts, including those from Ecuador and Vietnam where biofloc shrimp farming production has been adopted.

Accepting felicitations on his maiden visit to Ongole after demitting the august office, the former Vice-President said Ongole has a special place for him as it was from here that he started his political career by contesting for the Ongole Lok Sabha seat in 1977 at the behest of Lok Nayak Jayaprakash Narayan. Mr. Naidu, who was sworn in as the Vice-President in 2017, demitted the office in August this year.