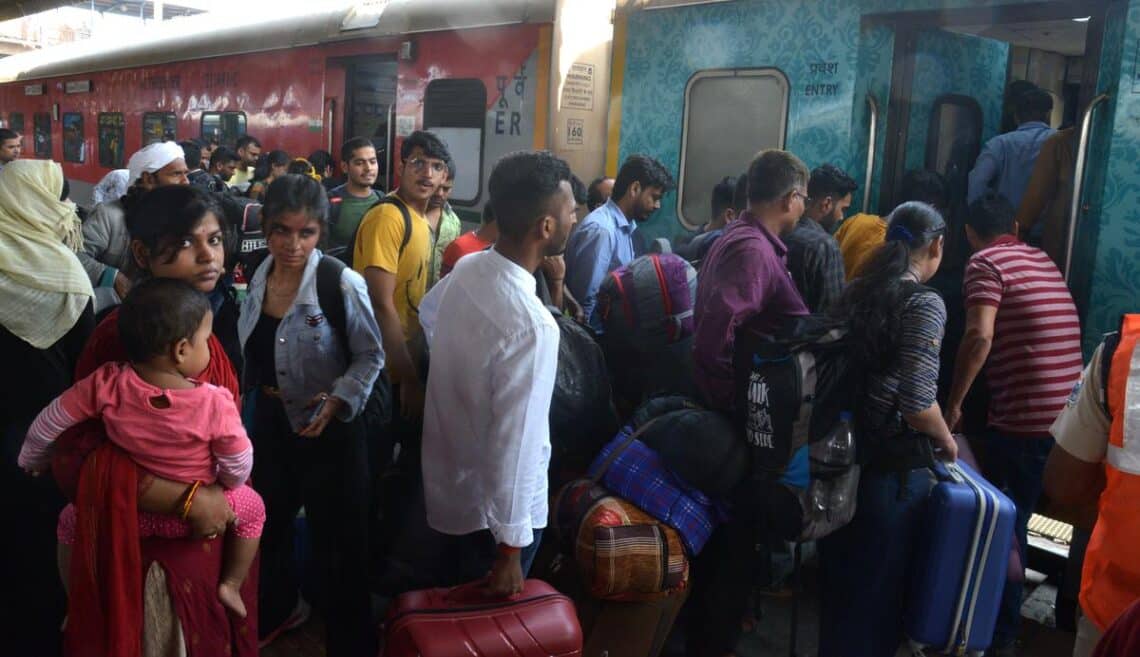 
South Central Railway (SCR) which has been stretched to the limit during this festive month with trains to various destinations choc a bloc with passengers in all classes, with the never ending waiting lists, has run or managed 490 special trains originating, passing through or terminating within the zone during the Dasara and Deepavali festivals this month.

This has enabled the Railway authorities to ferry as many as 3.5 lakh passengers in all, generating an additional revenue of ₹20 crore, informed senior officials on Thursday. Railways is the cheapest and safest mode of transport as compared to other means, so most people prefer to travel by train even on regular days. And, during the festival season, since the mobility of the public is more, demand for trains is also on the higher side, they said.

“We have run the special trains originating and terminating from within our zone with almost 90% utilisation of reserved berths and more than 100% utilisation of unreserved coaches on an average,” disclosed senior officials. The reserved passengers who have travelled through these special trains are around 2.5 lakh while unreserved passengers are around one lakh.

“Along with our regular running Railway staff including loco-pilots, guards, travelling ticket examiners, signal and telecommunication staff, track maintenance personnel, maintenance staff, station staff and others, security has been beefed up by deploying additional security personnel through RPF – Railway Protection Force and GRP – Government Railway Police at stations and by trains,” said chief public relations officer Ch. Rakesh. He claimed that because of the huge rush into and out of the stations and trains, there was a special emphasis on maintaining cleanliness.