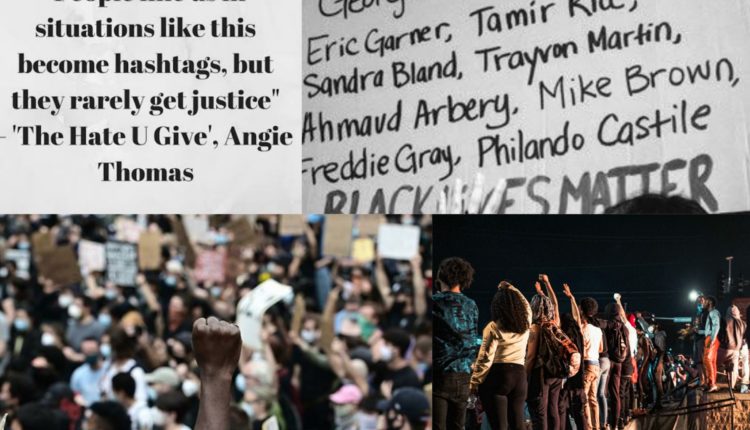 The Reality of Fiction in a world of “Thugs”.

In the Fiction of Reality.
Thug- The hate u give follows the story of Starr, a teenage girl living in the Ghetto area of Garden heights predominated by blacks.
Conversing with her friend Khalil, she suddenly heard gunshots. Trying to shield themselves, they get into a car. A police officer bearing the number one fifteen asks for Khalil’s identification. Khalil retaliates asking the reason for his action. A hot talk ensues between them when the officer turns, Khalil moves towards the car to make sure Starr is alright. There, inside the car is a hairbrush lying, impulsively Khalil tries to pick it up when gunshots are heard and the next moment Khalil is lying face down. Killed? No. Murdered by the Police Officer.

Three years later, a man named George Floyd is murdered by another white police officer over a counterfeit bill where the officer pinned him down to the pavement with his knee for 8 minutes 46 seconds while he pleaded saying “I cannot breathe.”

These are the people from our society, a part of us, who were never taught to be reluctant whilst touching a black man. A hairbrush can be a gun and a bill can be forged, these reasons are big enough to shoot a black man. The society in which 2000 fatal shootingtook place in a span of two years creating an environment safe enough that hesitation is lost while killing them.

Back to 2017, Starr is the only witness and even after giving her confession in a jury and on a live interview, the police officer is not indicted.
This first leads to the protests that slowly change into riots with the police in full gears. The anti-group opposing the protests with the preconceived notion that blacks are often drug dealers hence justifying an officer’s reaction and calling Khalil a THUG.
In 2020, hearing the news of the death of George Floyd people in Minneapolis, Minnesota came out bolstering the demonstration in large numbers. The riots escalate in numbers in urban and rural areas soon turning into riots.
The autopsy of Floyd revealed no physical findings supporting strangulation or asphyxiation. He had underlying health conditions including coronary artery disease and hypertensive heart disease with a combined effect of restraining by the officer and intoxicants in his body that lead to his DEATH. President Trump tweeted, “…. these THUGS are dishonouring the memory of George Floyd.” 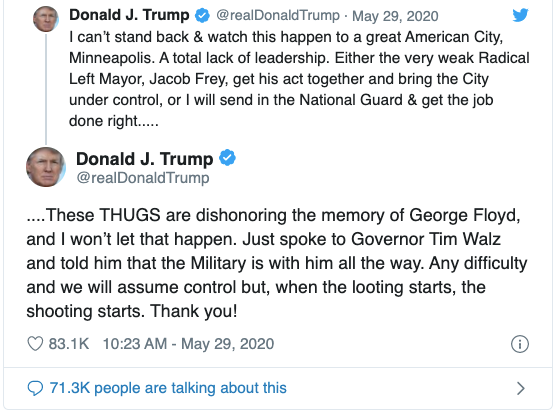 These are our political leaders. The one responsible for the formation of our ideologies and conception of the things we perceive. The message they give is like a red splotch on a white wall. No matter how much we try focusing on other things, the red spot will always remain the focal point. They distort the facts to change our ideas.
Hailey, Starr’s friend remarked that Khalil was going to die anyway as he was a drug dealer (without any proof) and that one-fifteen, the officer made the work easier. And that she would unfollow Starr from Tumblr because of the violent photographs she has been posting since Khalil’s death.

We are Hailey, the apolitical privilege class that doesn’t want their perception of the world to be violated with reality. We are Hailey when we endorse beauty products while supporting all colours are beautiful. We are the void where change is hampered because we are frightened of the notion of change. We are the ones who are taught from an early age how a sweeper’s hand has more infection than the street foods. How you shouldn’t play in the sun for too long because it will darken your skin. Racism has permeated in every facet of our lives.
And where these two stories meet is the society. The society interweaved with police officers, political leaders, common men, and artists. Where some chose to stay quiet and some chose to be selective and some show their art. And the one who continues to protest, to raise their voice with different faces of retaliation as longer is restrained, higher is the fury. And they are called the THUGS of the society.

Tensions mounts as US airstrikes Taliban; Says “will defend when required.”

Lost in the joy of watching legends play