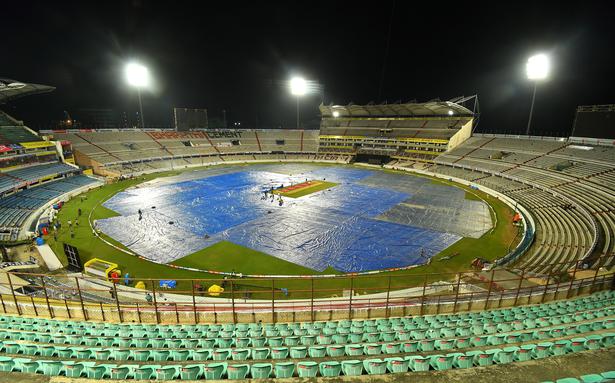 
Rachakonda police have tightened the security for the smooth conduct of Sunday’s T 20 cricket match between India and Australia at Rajiv Gandhi International Cricket Stadium in Uppal.

Over 2,500 police personnel have been deployed to dot the stadium, assist the movement of players, monitor traffic and ensure smooth entry and exit of spectators. About 40,000 spectators are expected to watch the match at the stadium on Sunday.

Police are also relying on its strong CCTV network that has been integrated for live viewing at the Police Command and Control Centre in Banjara Hills. The stadium is equipped with at least 300 CCTV cameras to capture every detail and keep tab on spectators all the time during the match.

Police have also issued traffic advisories, imposed rules for heavy vehicles and designated separate parking areas. To ease the movement of spectators and general traffic on the arterial route, Hyderabad Metro Rail has also increased its train frequency starting at 4 p.m. that will continue till 1 a.m.

For security reasons, the Rachakonda police have advised all spectators, including pass-holders, not to carry any electronic gadgets except cell phones. Items prohibited in the stadium include matchbox, cigarettes and lighter, alcohol and any other intoxicants, selfie sticks, helmets and sharp objects. Pets are not allowed into the stadium.

On Saturday evening, players and staff from both the teams arrived in Hyderabad and were transported to their hotel. As per schedule, they would be reaching the stadium on Sunday morning for practice sessions. The match will begin at 7 p.m.