Trump And The History Of Peaceful Transition Of Power in US

by Fahad Tausif
in Featured, World
Reading Time: 3 mins read
A A 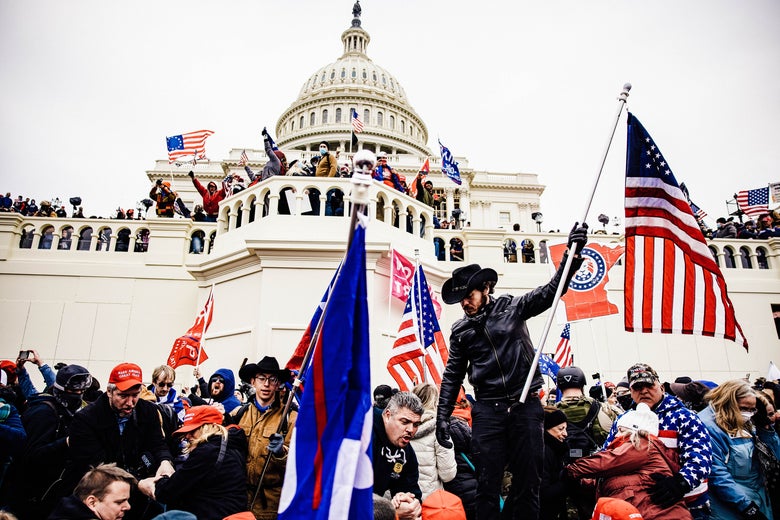 On 6th January, Trump supporters resorted to violence and rioting after the president insisted that the election had been seized from him despite no credible facts from his team or from his own government and electoral authorities across the US.

5 People including a police officer have now been pronounced dead and 50 Capitol and DC police officers were wounded in the violence, and numerous were hospitalized with serious wounds.

As followers of Trump stormed into the halls of Congress, both houses were compelled to suspend hearings. Members of the US Congress were evacuated. In attempts to stop the demonstrators, guards inside Congress also had to draw arms.

History of peaceful transition of power before Trump

The traditional practice of the peaceful transition of power in the US post-election dates back to 1801. When after a disputed election, John Adams ceded political power to his rival Thomas Jefferson.

This winter, the prospect of a disputed presidential election giving way to a fall of doubt, uncertainty and even political abuse brings into perspective, the time when America almost had two presidents.

Samuel Tilden, the Democratic Governor of New York and a rich business lawyer, contesting in the 1876 presidential race against Rutherford B. Hayes, the governor of Ohio and a distinguished Union general injured five times in combat.

Tilden got more votes and the electoral college. But after Democratic elections were invalidated by Republican authorities in three Southern states, Louisiana, South Carolina, and Florida, due to outright bribery and aggressive voter coercion, Hayes appeared to be moving for the White House.

Diehard Democrats declined to recognize the elections, particularly those from the South, and gathered behind the sinister slogan, “Tilden or War.” Fifteen years out of office, the party was hungry to regain the government and return the nation to the status quo antebellum.

Reports surfaced that Tilden would stage a counter-inauguration in Manhattan, occupying the federal treasury property and finance a deep state by import duties if Hayes was proclaimed the champion. Invading Washington, democratic armed militias will take Hayes back to Ohio.

Texas supporters of Hayes promised that thousands of retired troops would be fighting for the Republican nominee.

The installation was set for March 5, 1877, and by late January, the legislature could not find a solution. Finally, a consensus was reached: a one-time committee composed of an equal number of lawmakers from the House and the Senate, four magistrates from the Supreme Court, and an extra justice appointed by the voting members of the Supreme Court.

America is communalized, fragmented, and segregated following Donald Trump as president. Racial tensions are running high and manifestations of yielding in are seen by the shaky thread of democracy.

Uncle Sam has been installing the military and clandestine forces across the turbulent regions of the world for decades, in order to democratize but Trump struggled to save the democracy at home on 6th December.

In the guise of Covid 19, the President sought to delay the elections, something that did not postpone during the civil war, not in the thickness of the Spanish flu pandemic of 1918, not in the Second World War.

For the American people, this administration has been an insincere and immature, and irresponsible operation. He has shown the world that through lies, hateful rhetoric, and deceit, you will get away, even in front of the world’s most powerful media.

Clemens Wergin wrote in the editorial of Die Welt, ” The US has experienced its first tentative violent coup d’etat”, he wrote, adding that “the president, his lies, and a spineless Republican party are politically responsible”.