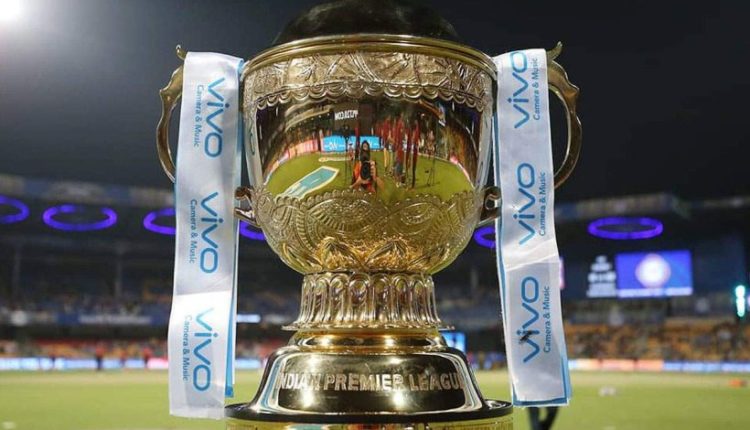 Indian Premier League 2020 edition will be held in the United Arab Emirates, says IPL chairman Brijesh Patel while an official announcement is yet to come.

IPL Governing Council chairman Brijesh Patel on Tuesday confirmed that the 13th edition of IPL that is 2020 IPL which was scheduled in India will be held in UAE due to the ongoing condition of COVID-19 in the country.
The League is expected to be completed within 44 days between September 26 to November 08, said BCCI.
Patel also confirmed that Dubai, Abu Dhabi, and Sharjah will be the three main venues and when asked about whether the tournament would be played behind closed doors, Patel said that “depends on the UAE government.”
“The IPL General Council will meet within a week or 10 days and all decisions (including the final schedule) will be taken there. As of now, the plan is to have a full-fledged IPL comprising 60 games and most likely in the UAE”, Patel told PTI.
Meanwhile, IPL is the main revenue generator of BCCI. The Indian Board has said it would lose more than $500 million if this tournament does not move ahead.
IPL holds around 1.3 billion people as spectators throughout stadiums across the country which contributes more than $11 billion for the Indian economy and hosting the IPL abroad would be better and the only way to make it happen.
“We have played there before and they are familiar with organizing international matches. They are well-equipped,” Patel said. He was talking about the 2009 edition of the franchise-based league, which coincided with Indian elections, was held in South Africa, and the UAE hosted the early matches of the tournament five years later for the same reason. He also added that “the pandemic situation is also better there as they well-equipped.”

Why election commissioner Ashok Lavasa accepting his new role as VP of Asian Development Bank comes as a shock?