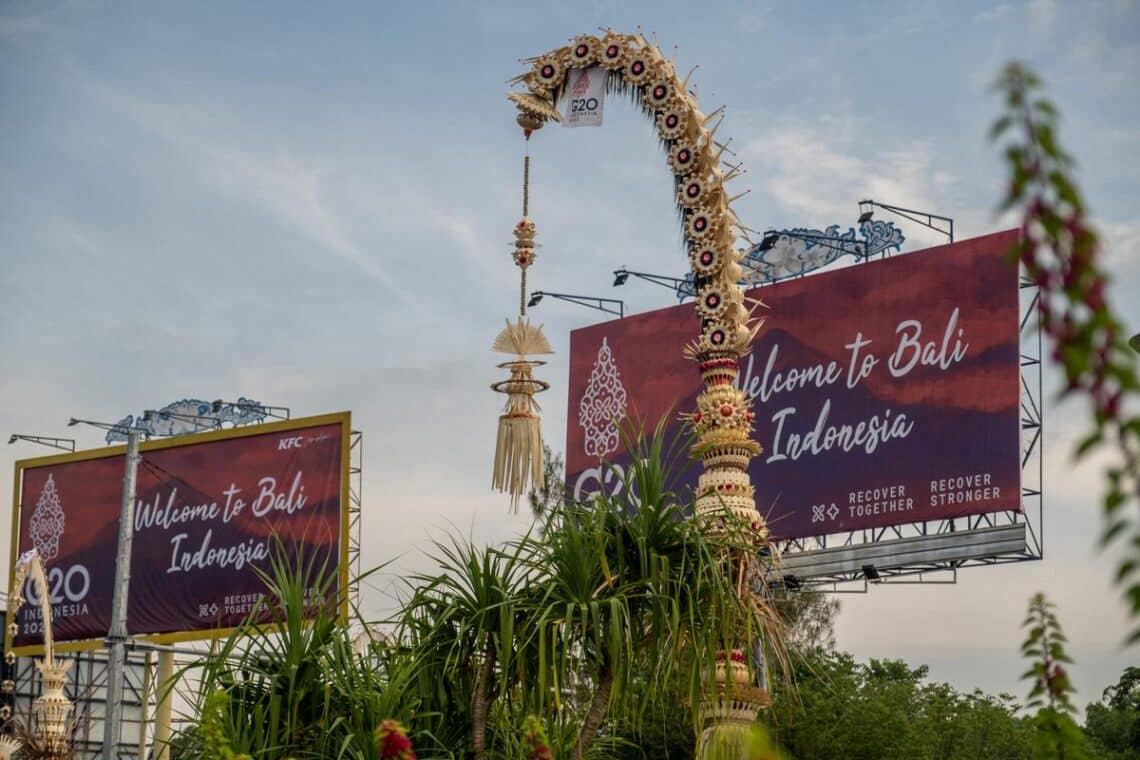 
G20 Summit billboards are posted near the venue of the G20 Bali Summit on November 14, 2022, in Denpasar, Indonesia. The G20 leaders’ meeting will take place in Nusa Dua, Bali this week.
| Photo Credit: Getty Images

Prime Minister Narendra Modi on Monday said he will hold extensive discussions with G20 leaders in Bali on key challenges such as reviving global growth, ensuring food and energy security, and addressing issues relating to health and digital transformation.

In a statement ahead of his visit to the Indonesian city for the G20 leaders’ summit, Mr. Modi said he will also highlight India’s achievements and its “unwavering commitment” to collectively address key global issues.

The Prime Minister is travelling to Bali late Monday afternoon on a three-day visit to participate in the summit that is expected to discuss pressing global challenges including implications of the Ukraine conflict, especially on food and energy security.

“During the Bali summit, I will have extensive discussions with other G20 leaders on key issues of global concern, such as reviving global growth, food and energy security, environment, health, and digital transformation,” Mr. Modi said.

The Prime Minister said he would also highlight India’s achievements, and its “unwavering commitment” to collectively address global challenges, during the summit.

The G20 is an influential bloc for global economic cooperation as it represents around 85% of the global GDP, over 75% of the global trade, and about two-thirds of the world population.

The Prime Minister also referred to India’s upcoming presidency of the G20 grouping.

“In a significant moment for our country and citizens, President of Indonesia Joko Widodo will hand over the G20 Presidency to India at the closing ceremony of the Bali Summit,” the Prime Minister said.

“India will officially assume the G20 Presidency from 1st December 2022. I will also extend my personal invitation to G20 Members and other invitees to our G20 summit next year,” he said.

Mr. Modi said India’s G20 Presidency will be grounded in the theme ‘Vasudhaiva Kutumbakam’ or ‘One Earth, One Family, One Future’.

“During my interactions at the G20 summit, I will highlight India’s achievements, and our unwavering commitment to collectively address global challenges,” Mr. Modi said.

“India’s G20 Presidency will be grounded in the theme ‘Vasudhaiva Kutumbakam’ or ‘One Earth, One Family, One Future’, which underlines the message of equitable growth and shared future for all,” he added.

The Prime Minister said he was also looking forward to addressing the Indian community in Bali at a reception on Tuesday.

“On the sidelines of the G20 summit, I will meet with leaders of several other participating countries, and review the progress in India’s bilateral relations with them,” he noted.

The G20 or Group of 20 is an intergovernmental forum of the world’s major developed and developing economies.

The Prime Minister is attending the summit at the invitation of the Indonesian President.

Indonesia is the current chair of the G-20.