8 Savage Twitter Moments When Diljit Dosanjh Was So Good At Replies That The Netizens Said ‘Sir, Kya Gal Kar Di!’

Want to know about straight-in-your-face moments of Diljit Dosanjh, which includes Kangana Ranaut, no worries, read on to get informed/entertained...

by Naiyyar Iquabal
in Entertainment, Infotainment, Listicles
Reading Time: 5 mins read
A A 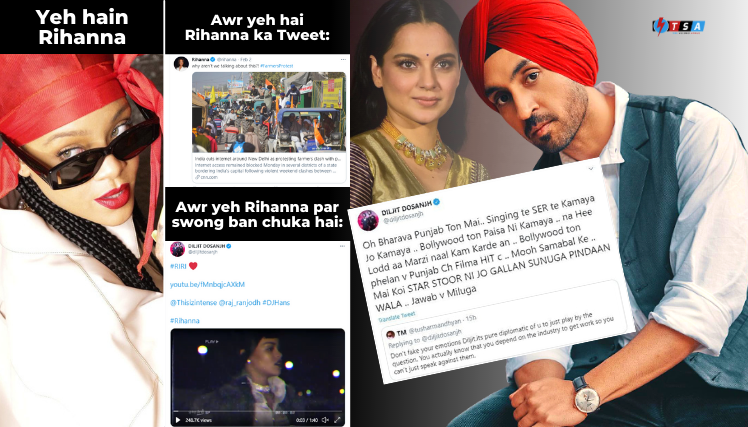 You would be living on some other planet if you haven’t heard the vicious Tweet fights between Diljit Dosanjh and Kangana Ranaut. But if you do not know about the feud, no worries.

The tweet combat started with a reply to Kangana’s tweet when she referred to the farmers taking part in ongoing farmers’ protests as terrorists.

And since then showers of savage tweets and replies between the duo are giving people something to be entertained with.

In case, if you are following the fight, you know it’s a clear win for Punjabi Munda Diljit! Now, it is becoming a trend among netizens and they are digging the tweets when Diljit shook the opponent with his witty and savage reply.

1. His replies to Kangana Ranaut have been the buzz for netizens. First time in ages, she got a befitting reply.

See what Diljit had to say when Kangana shared a picture of a woman from farmers and called her Bilkis Bano, a well-known face of Shaheen Bagh protests, and made rubbish allegations.

This reply really infuriated Kangana, she called Diljit ‘Karan Jauhar’s paltu‘! Following this, a feud of words in the form of tweets began between the two and obviously, Diljit can safely be designated as the winner.

2. It seems like Diljit always has the very intention to throw it back to the trolls when it comes to farmers’ protest.

3. This is what Diljit had to say when a Twitterati tried to troll him saying “Kabhi Hindu festival ki bhi badhai de diya kr joode wale”.

To this Diljit responded by saying that he respects all religions equally.

4. This one wins my heart! A person once asked Diljit on Twitter to act with girls who have beautiful legs. To this, Diljit Dosanjh politely asked him to change his mentality and that a woman is not obligated to show her legs to anyone. She can wear whatever she wants.

5. Diljit shared a clip from an old concert on Twitter, where someone requested him to sing a sad song. To this he replied saying:

6. Diljit came up with a hilarious reply when a Twitterati asked him if he plays PUBG or not!

8. Recently, Rihanna took to Twitter and said: ‘Why aren’t we talking about this?! #FarmersProtest‘.

She faced a lot of backlashes and trolling from the supporters of the govt. But many also came to defend and support Rihanna, one such was Diljit Dosanjh. Diljit made a song about Rihanna, called ‘RIRI’.

why aren’t we talking about this?! #FarmersProtest https://t.co/obmIlXhK9S

Also Checkout: 10 Most Expensive Nike shoes in the world 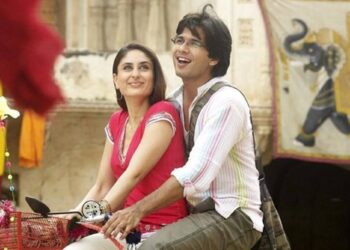 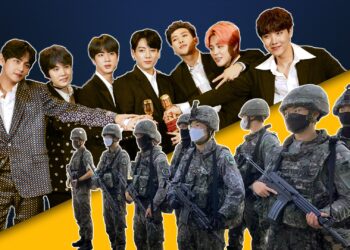