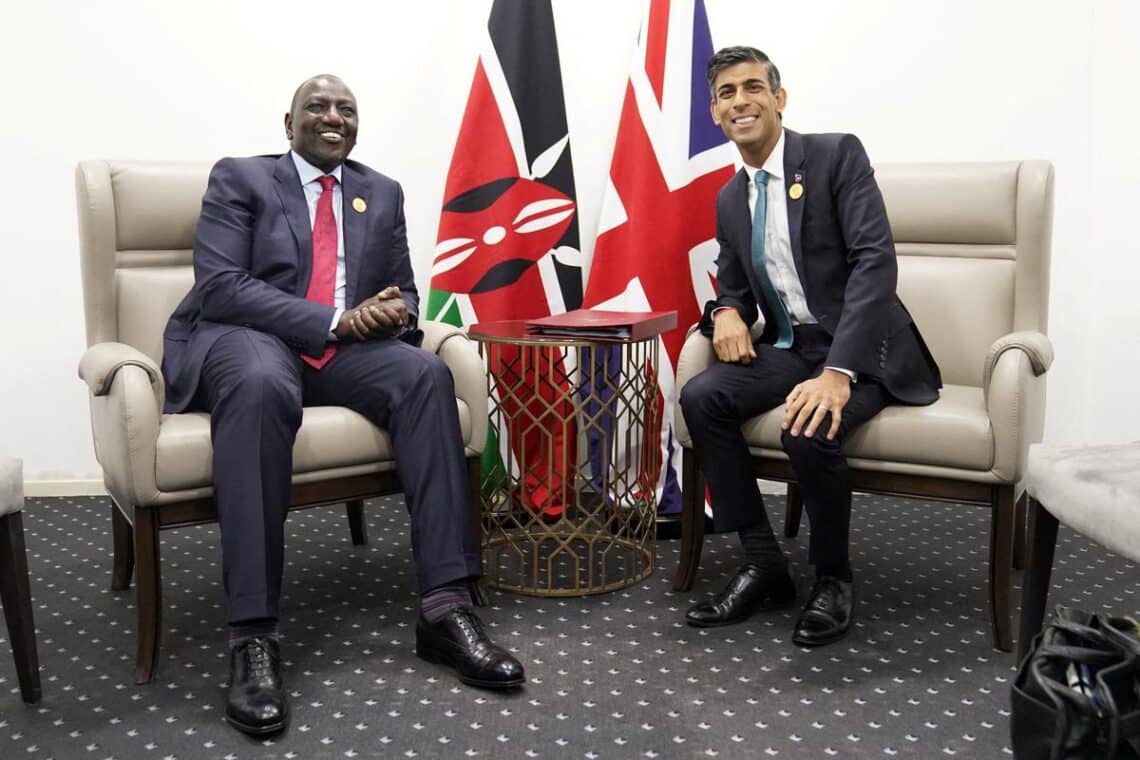 The worst drought in 40 years is gripping Kenya and the wider Horn of Africa region, threatening millions with starvation

The worst drought in 40 years is gripping Kenya and the wider Horn of Africa region, threatening millions with starvation

The U.N. climate Conference of the Parties talks in Egypt billed as the “African COP”, are set to be dominated by calls from developing countries that rich polluters pay for the harm their emissions have already caused, known as “loss and damage”.

“Africa contributes less than three percent of the pollution responsible for climate change, but it’s most severely impacted by the ensuing crisis,” Mr. Ruto said.

The worst drought in 40 years is gripping Kenya and the wider Horn of Africa region, threatening millions with starvation — with the U.N. warning Somalia is on the brink of a famine for the second time in just over a decade.

Some 2.5 million livestock have died in Kenya this year alone, Mr. Ruto said, causing economic losses of more than $1.5 billion.

Poorer countries successfully fought to have the issue of loss and damage officially put on the COP27 agenda — despite reluctance over the issue from richer nations, wary of open-ended compensation for the damage caused by climate-induced natural disasters.

But observers caution that this is only a first step towards what developing nations hope will be a specific fund to help with climate impacts.

“Loss and damage are not an abstract topic of endless dialogue,” Mr. Ruto said, speaking on behalf of the Africa negotiating group.

“It is our daily experience and the living nightmare for millions of Kenyans, and hundreds of millions of Africans.”

He said the country had had to reallocate funds budgeted for education and health for an emergency food relief programme for 4.3 million Kenyans, adding that “climate change is directly threatening our people’s lives, health and future”.

Wildlife has not been spared in the country rich with biodiversity.

“Carcasses of elephants, zebras, wildebeest, and much other wild fauna litter our parks,” he said, adding the government has spent $3 million on supplying feed and water to animals in distress in the last three months.

The U.N. Intergovernmental Panel on Climate Change in February warned that tens of millions of Africans face a future marked by drought, disease and displacement due to global heating.

Wealthy nations have failed to provide a pledged $100 billion a year from 2020 to developing nations to help them build resilience and green their economies, reaching just $83 billion according to the U.N.

This is a “major cause for persisting distrust”, Mr. Ruto said.

But he stressed that the continent presented huge economic opportunities and a chance to curb emissions and announced an African summit focusing on climate action next year.