China limits how it defines COVID-19 deaths in official count 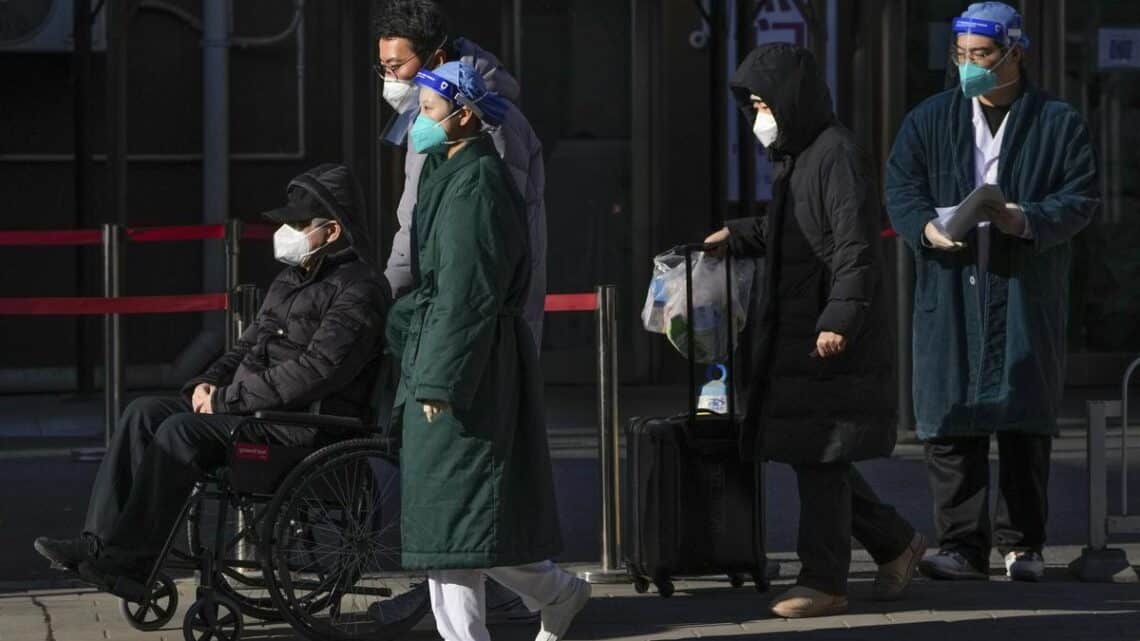 
Medical workers in protective gear escort an elderly patient on a wheelchair followed by family members as they leave a fever clinic at a hospital in Beijing on Monday.
| Photo Credit: AP

China only counts deaths from pneumonia or respiratory failure in its official COVID-19 death toll, a Chinese health official said, in a narrow definition that limits the number of deaths reported, as an outbreak of the virus surges following the easing of pandemic-related restrictions.

Deaths that occur in patients with pre-existing illnesses are not counted as COVID-19 deaths, said Wang Guiqiang, the head of infectious disease at Peking University’s No. 1 Hospital.

China has always been conservative in how it counts illnesses, whether from the flu or COVID-19. In most countries, including the United States, guidelines stipulate that any death where COVID-19 is a factor or contributor is counted as a COVID-19-related death.

In effect, Wang’s comments on Tuesday simply clarified publicly what the country has been doing throughout the pandemic.

On 21 December, China reported no new COVID-19 deaths and in fact subtracted one death from the overall toll, lowering it to 5,241, according to a daily tally issued by the National Health Commission, which did not offer an explanation for the decrease.

The clarification of how China officially records COVID-19 deaths comes as cases have soared across the country amid the loosening of restrictions. Yet the overall count remains blurry, as China has stopped requiring daily PCR tests and many people are testing at home. Anecdotally, many people have fallen ill in cities like Beijing and Shanghai.

Earlier this year, Shanghai was hit by an omicron-driven outbreak. Multiple people told the AP then that their elderly family members who tested positive for COVID-19 and died were not counted in the city’s official death toll. When patients had underlying diseases, the deaths were attributed to those.

An AP investigation then showed that numbers have been clouded by the way health authorities tally COVID-19 statistics, applying a much narrower, less transparent and at times shifting standard, as Shanghai changed how it defined positive cases.

That narrower criteria has meant China’s COVID-19 death toll will always be significantly lower than those of many other nations.

An Associated Press reporter saw multiple people being wheeled out of funeral homes in Beijing last week, and two relatives told the AP their loved ones had died after testing positive for COVID-19. Last week, however, the country did not report any deaths due to COVID-19.

But experts have repeatedly advised that authorities should err on the side of caution while counting deaths. Problems in death counts have raised questions in countries ranging from South Africa to Russia.

The World Health Organization estimated in May that nearly 15 million people died from COVID-19 or due to overwhelmed health systems in the first two years of the pandemic. That is more than the official death toll of over 6 million for that period.