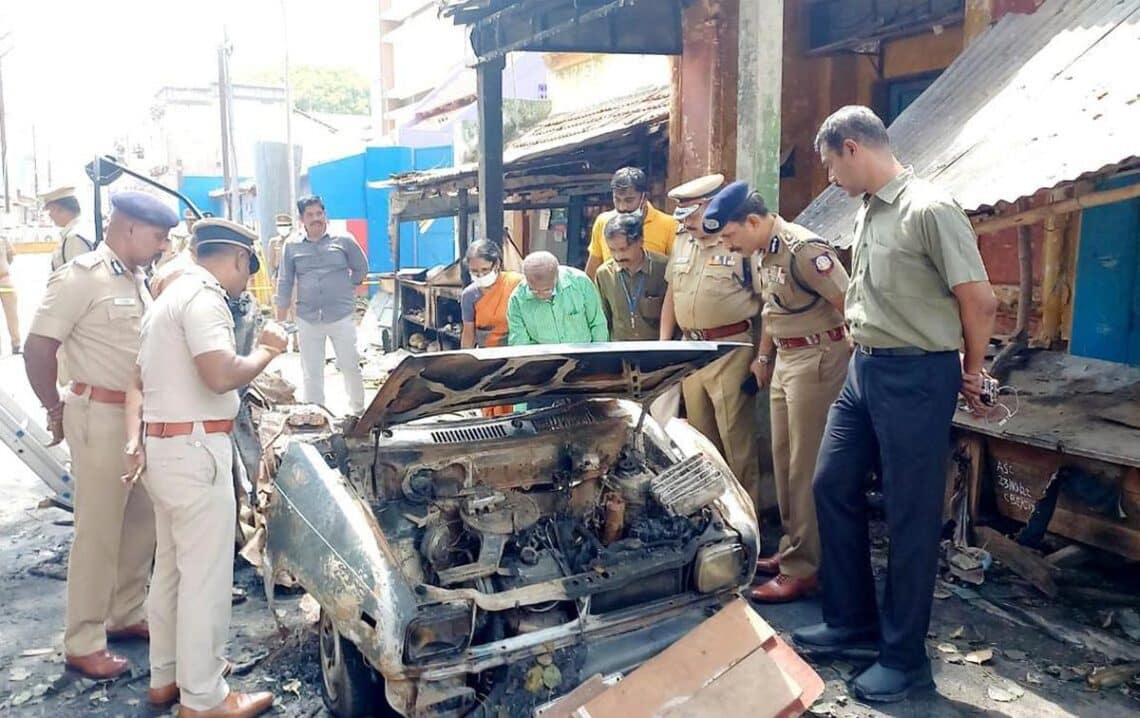 After a terror plot was unearthed following the October 23 car explosion in Coimbatore, two Assistant Commissioners of Police in the intelligence wing of the city police have been transferred.

P. Parthiban has been transferred from the Intelligence Section (IS) to the Singanallur range, says an order issued by the Director-General of Police on Saturday.

T. Prabhakaran, who was working as the Deputy Superintendent of Police of the District Crime Branch, Theni, has been appointed as the ACP of the IS, Coimbatore.

Mr. Parthiban was posted to the IS on September 24. Earlier, he served as the ACP of the Special Intelligence Cell (SIC) tasked with monitoring elements disturbing communal harmony and indulging in anti-national and terror activities.

The functioning of the SIC and the Special Intelligence Unit (SIU) was criticised by political leaders after the blast in front of the Sangameswarar temple.

It was alleged that these units had failed to keep a watch on Jameesha Mubin, the suspected key conspirator of the explosion, who was questioned by the National Investigation Agency in 2019 during its probe into a Coimbatore-based module of the Islamic State.

An intelligence alert that was issued on July 19 also had Mubin’s name among the 96 persons who had to be monitored. Opposition parties have been demanding a revamp of the State Intelligence Wing for its failure in the case.