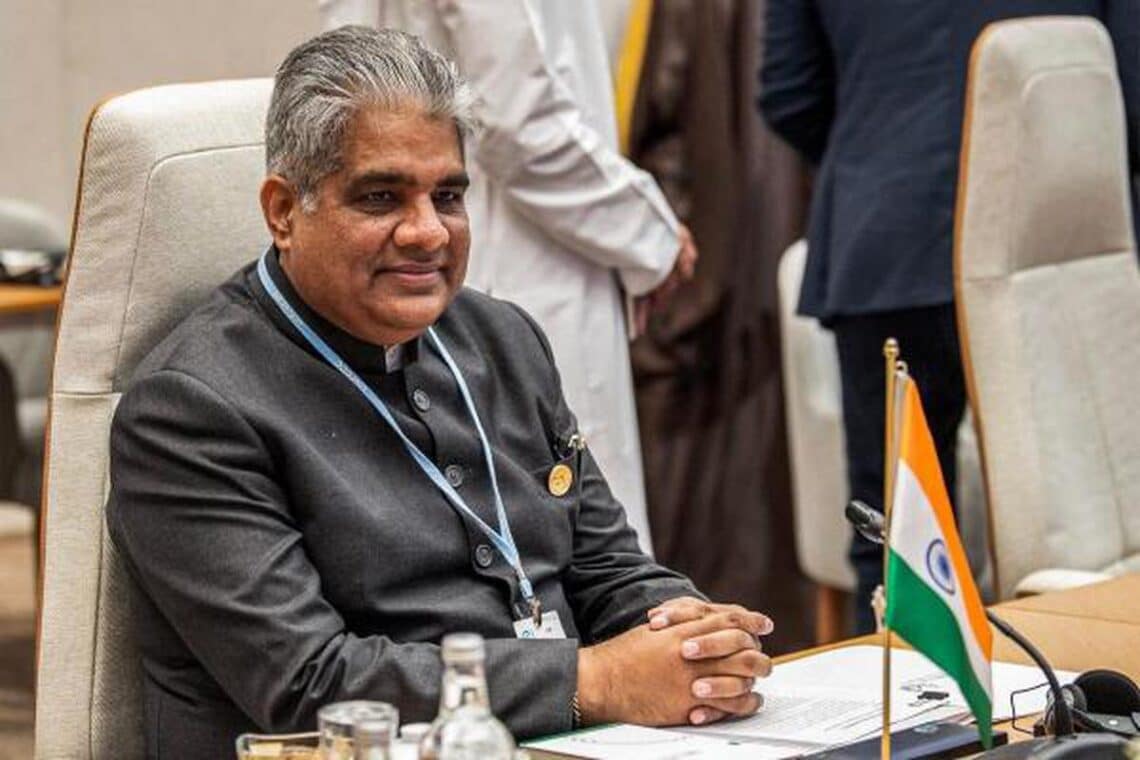 At COP15 in Copenhagen in 2009, developed countries had committed to jointly mobilise $100 billion per year by 2020 to help developing countries tackle the effects of climate change

At COP15 in Copenhagen in 2009, developed countries had committed to jointly mobilise $100 billion per year by 2020 to help developing countries tackle the effects of climate change

Developing countries require substantive enhancement in climate finance from the floor of $100 billion per year to meet their ambitious goals and rich countries need to lead the mobilisation of resources, India has stressed at the ongoing UN climate summit COP27.

At COP15 in Copenhagen in 2009, developed countries had committed to jointly mobilise $100 billion per year by 2020 to help developing countries tackle the effects of climate change. Rich countries, however, have repeatedly failed in delivering this finance.

Developing countries, including India, are pushing rich countries to agree to a new global climate finance target — also known as the new collective quantified goal on climate finance (NCQG) — which they say should be in trillions as the costs of addressing and adapting to climate change have grown.

At a high-level ministerial dialogue on NCQG at COP27 on Wednesday, India highlighted that climate actions to meet the NDC targets require financial, technological, and capacity-building support from developed countries, people aware of the developments said.

“The ambitious goal set down by the developing countries requires substantive enhancement in climate finance from the floor of $100 billion per year. The mobilisation of the resource needs to be led by the developed countries and should be long-term, concessional, and climate-specific with equitable allocation between adaptation and mitigation projects,” the Indian delegation said during the meeting.

“The commitment of $100 billion made in 2009 by developed countries, was not only miniscule given the scale of needs, but has also not been achieved yet,” it said.

According to data from the Organisation for Economic Co-operation and Development (OECD), an intergovernmental body consisting of wealthy nations, developed countries mobilised $52.5 billion in 2013.

After dropping to $44.6 billion in 2015, the finance flow has steadily increased. In 2020, the developed countries raised $83.3 billion, a jump from $80.4 billion in 2019, according to a factsheet published by the Centre for Science and Environment.

The Standing Committee on Finance has estimated that resources in the range of $6 trillion to $11 trillion are required till 2030 to meet the targets set by developing countries in their Nationally Determined Contributions (NDCs) and other communications including the Needs Determination Reports.

“Clearly, the need for climate finance is immense even when estimates have not completely captured the identified needs, especially that for adaptation,” the Indian side said.

At this year’s conference being held in the Egyptian seaside resort of Sharm el-Sheikh from November 6 to 18, developed countries are expected to push developing nations to further intensify their climate plans.

On the other hand, the developing countries would seek commitment to finance and technology needed to address climate change and resulting disasters.

India stressed that it is imperative that technical expert dialogues concentrate on the quantum and quality of resource mobilisation. “While the private sector may play a complementary role, the commitment is on the developed countries to lead in mobilisation from various sources. The extent of public resources that the developed countries bring in will play a critical role in determining the climate flows. So, it is discouraging to see the focus on private finance alone,” it said.

India said while the previous technical expert dialogues on the NCQG under the Ad Hoc Work Programme have presented an opportunity for the exchange of ideas, a more structured and targeted approach needs to be adopted to enable the successful fulfilment of the mandate ahead of 2024.

It said discussions within the technical expert dialogues in 2023 should focus mainly on the quantum, recognising the urgency of such discussions for developing countries.

The Indian side said a discussion on quality and other elements such as access and transparency is incredibly important. A structure must be put in place moving forward to ensure decisions on all these elements can be taken by 2024.

Coming into COP27, Union Environment Minister Bhupender Yadav had told the media that India expects action from rich countries in terms of climate finance, technology transfer and strengthening the capacity of poor and developing countries to combat climate change.

“India believes COP27, themed ‘Together for Implementation’, should turn out to be the ‘COP for Action’ in terms of climate finance, technology transfer and capacity building. The scale of the problem facing the world is huge. Action cannot be delayed and hence concrete solutions must come up and implementation must start with COP27,” he had said.

India also seeks clarity on the definition of climate finance — the absence of which allows developed countries to greenwash their finances and pass off loans as climate-related aid.

MLA, CU teachers’ union in war of words over appointment of Associate Professor