Cuba: Though the government has tried its best to avoid crowding in the shelter homes, a 10% rise in Covid cases raises concerns. 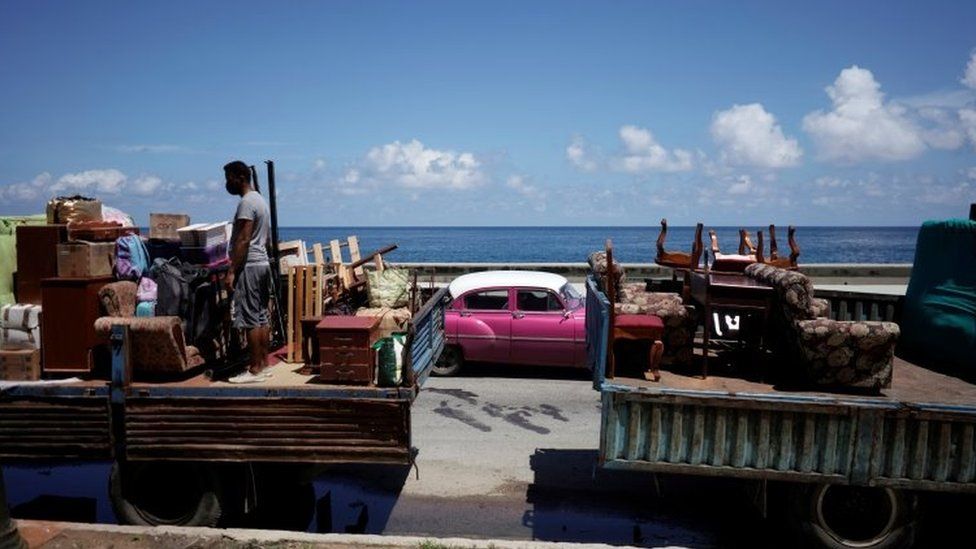 Tropical storm Elsa, noted as the first hurricane of the Atlantic season has unleashed floods in many Caribbean islands and caused a threat to Florida as well. Now the fear of the same is surrounding the Cuban region and hence in order to take precautions from heavy flooding, 180,000 people have been moved to safer places.

People who had access went to their relatives’ places. For people with nowhere to go, the government arranged sheltered government facilities; around 23,000 people had been safely moved there.

Moreover, people living in mountainous areas took residence in the natural caves meant for emergency purposes which amounted to 400 approximately. Moreover, the government has also taken steps to protect the sugarcane and cocoa crops before the storm arrives.

The storm’s next center was Florida where Governor Ron DeSantis declared a state of emergency in 15 counties, reported the Guardian. This is including  Miami-Dade which faced a big range of fatalities due to a building collapse last month.

However, the National Hurricane Center in Miami stated that since Sunday afternoon Elsa’s center was seen to be nearing Cuba’s Southern Coast. It was 15 miles (20km) west of Cabo Cruz and was moving northwest at 14 mph (22 kph). It had maximum sustained winds of about 60 mph (95 kph).

The NHC also asserted that the storm will lower its speed after crossing Cuba, reported The Canberra Times. It said,  “After Elsa emerges over the Florida Straits and the southeastern Gulf of Mexico, some slight re-strengthening is possible.”

The storm killed three people. One lost their life in St Lucia according to a report by the Caribbean Disaster Emergency Management Agency.

The other two included a  15-year-old boy and a 75-year-old woman who died as a result of a wall collapse in the Dominican Republic, the Emergency Operations Center reported.

The storm caused the most amount of destruction in Barbados where 1,100 people faced temporary destruction in their houses and 62 homes collided altogether.

The government has promised to help search and fund temporary housing facilities to avoid overcrowding in the sheltered homes during this Pandemic.

On July 4, Elsa slowed down from 70 miles per hour between Jamaica and Haiti according to the NHC in the US and hence has been downgraded to a storm rather than a hurricane which should have winds of at least 75 mph (121 kph) reported the Reuters.

Marc Frank and Kate Chappell added in another report of Reuters, “The storm will bring 5 to 10 inches (13 to 25 cm) of rain to Cuba, with some spots getting up to 15 inches (38 cm). The NHC said this would result in significant flash flooding and mudslides. Cuba’s southern coast is forecast to receive a storm surge of up to 5 feet (1.5 m).”

Due to these expected rains in Cuba, it is feared that the old buildings in the half-ruined state may collapse to the ground.

Though the government has tried their best to avoid crowding in the sheltered homes, a 10% rise in Covid cases has been observed and raised concerns, twice the amount which calls for a lockdown, said Frank and Chappell.

Also Read: The Philippines Fear Another Eruption Of The Taal Volcano; Thousands Of People Evacuated