The Philippines Fear Another Eruption Of The Taal Volcano; Thousands Of People Evacuated

Philippines: Around 4,500 people have left the place after the evacuation notice was issued by the disaster agency on Sunday. 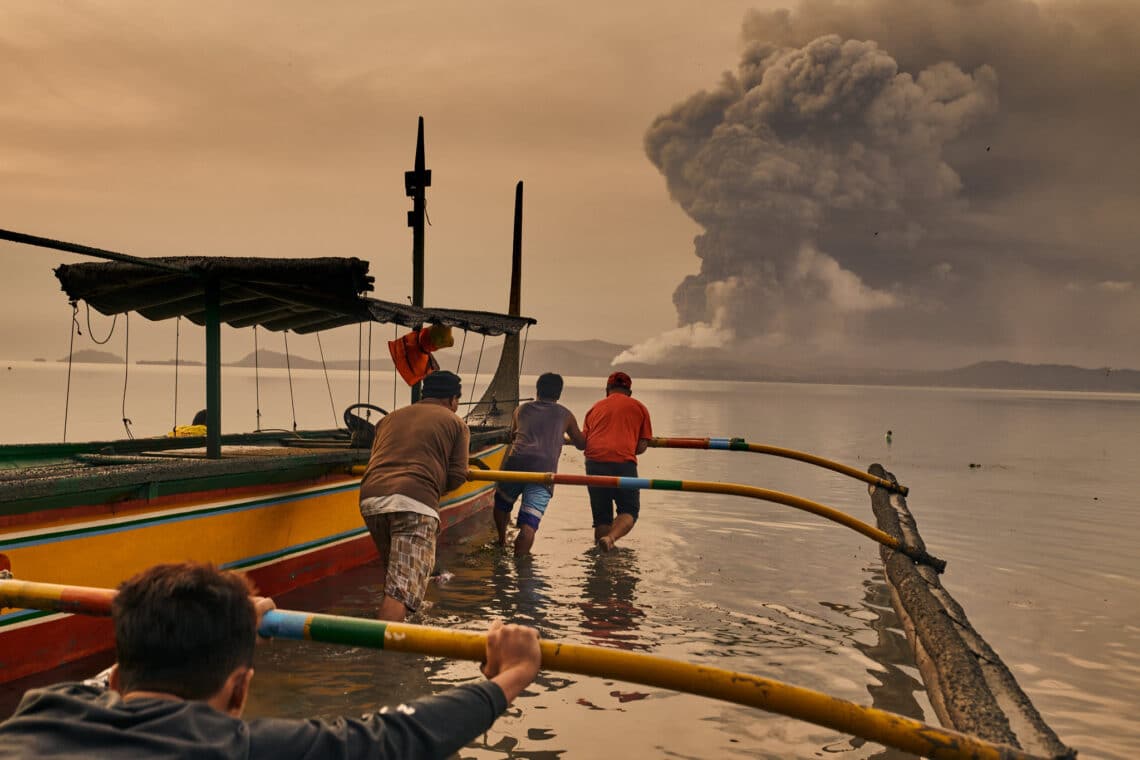 The Department of Science and Technology- Philippine Institute of Volcanology and Seismology (PHIVOLCS) raised the alert level from Alert level 2 ((increasing unrest) to Alert Level 3 (magmatic unrest) for the Taal Volcano.

At Alert Level 3, magma ejected from the Main Crater could lead to an explosive eruption. The institute strongly advised the Taal Volcano Island and high-risk barangays of Agoncillo and Laurel, Batangas be evacuated as soon as possible. This island lies in the Permanent Danger Zone (PDZ) and people stay in perpetual danger of the same.

Moreover, communities along the Taal lakeshore are also advised to keep an eye and be cautious if there is any disturbance in the water because of the ongoing unrest.

All activities around the lake are to be put at a halt. “Communities around the Taal Lake shores are advised to remain vigilant, take precautionary measures against possible airborne ash and vog and calmly prepare for possible evacuation should unrest intensify,” said the DOST-PHIVOLCS.

Moreover, the Civil Aviation authorities have been advised to instruct the flights not to fly over the Taal volcano island.

Around 4,500 people have left the place after the evacuation notice was issued by the disaster agency on Sunday reported by the Bangkok Post.

Some areas have been locked down temporarily restricting people to return to their homes until the potential danger is not dealt with.

The last big eruption occurred in January 2020 which caused the release of ash to 15km height emitting red-hot lava. It led to the destruction of a lot of homes and livestock forcing around 135,000 people to take refuge in shelter homes.

Taal Volcano, located in the province of Batangas, 50Km south of Manila, capital of the Philippines. It is considered to be one of the most active volcanoes in the country.

It is known for 34 historic eruptions that have occurred till now. All of the past eruptions were based on the Volcano island near Taal lake.

Last year the Water in Taal’s crater boiled before and after its eruption. Magma in contact with the crater’s water turns into gas and vapor, known as phreatomagmatic eruption.

Maria Antonia Bornas, chief of the agency’s monitoring and eruption prediction division in a news conference informed “Phreatomagmatic is more dangerous because there’s already an interaction with magma.”

Hence, this year the situation could be even worse because of the type of eruption, it could prove to be more fatal in nature, reported CNA.

On March 9, 2021, Bloomberg reported that Taal’s alert status was raised to level 2 as an aftermath of 28 volcanic tremors and four low-frequency volcanic earthquakes on March 8, 2021. And in July again it has been raised to level 3 due to the raised threat of vulnerability.