It is difficult for Uddhav Thackery to survive this new rebel challenge.

by Sakshi Gupta
in Opinion
Reading Time: 5 mins read
A A 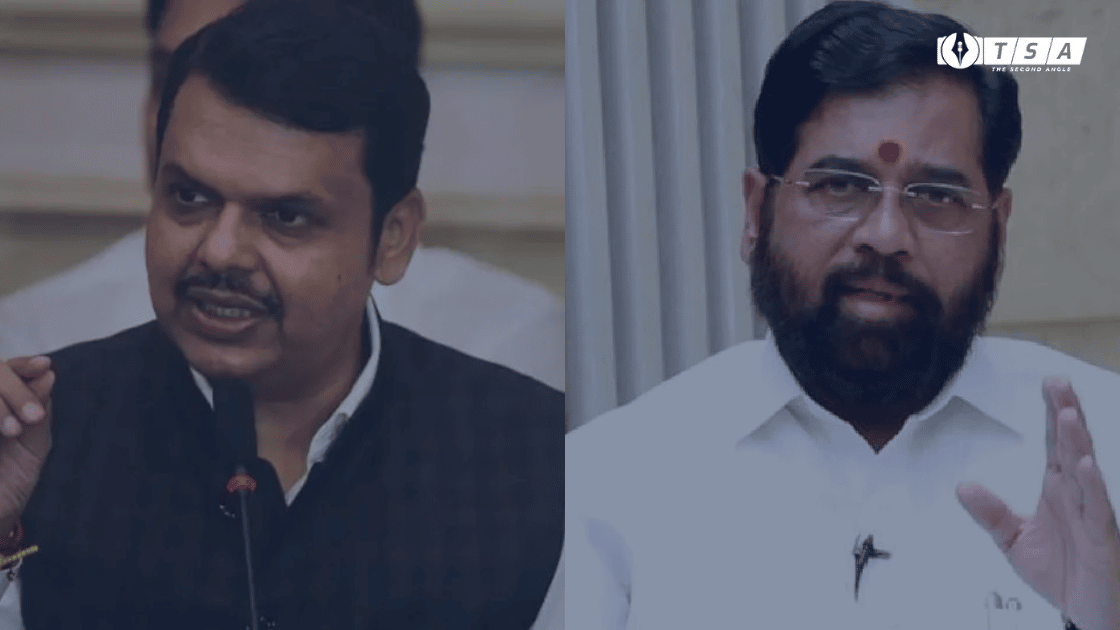 The politics in Maharashtra have become highly active, dramatic and controversial in the last few days. This time the centre of the controversy is Shiv Sena and Balasaheb Thackeray. These two names have been prominent in Maharashtra politics.  But, one cannot deny that over the years, the issues, situations, conditions and perspectives of voters have changed. So has the dynamics between political parties.

Shivsena has been known over the years for being a rightist party that does not support liberalism and has some strict values and views about culture. However, since Uddhav Thackery took over the reins of the party, the party has become a little soft and flexible in its views. This flexible attitude is one of the prime reasons why the rebel MLAs have gone to Guwahati.

‘The 2019 twist in Maharashtra Politics’

The long-time ally of Shivsena, the BJP contested the elections with the Thackery-led party and emerged as the single largest party. But, on the question of CM Post, the Shivsena broke its alliance with BJP and went on to form a government with the NCP and Congress which was a surprise for all politicians and political analysts. It looks like this decision of the Shivsena to ally with the NCP and particularly Congress which holds opposite values and views from it did not go well with the MLAs. 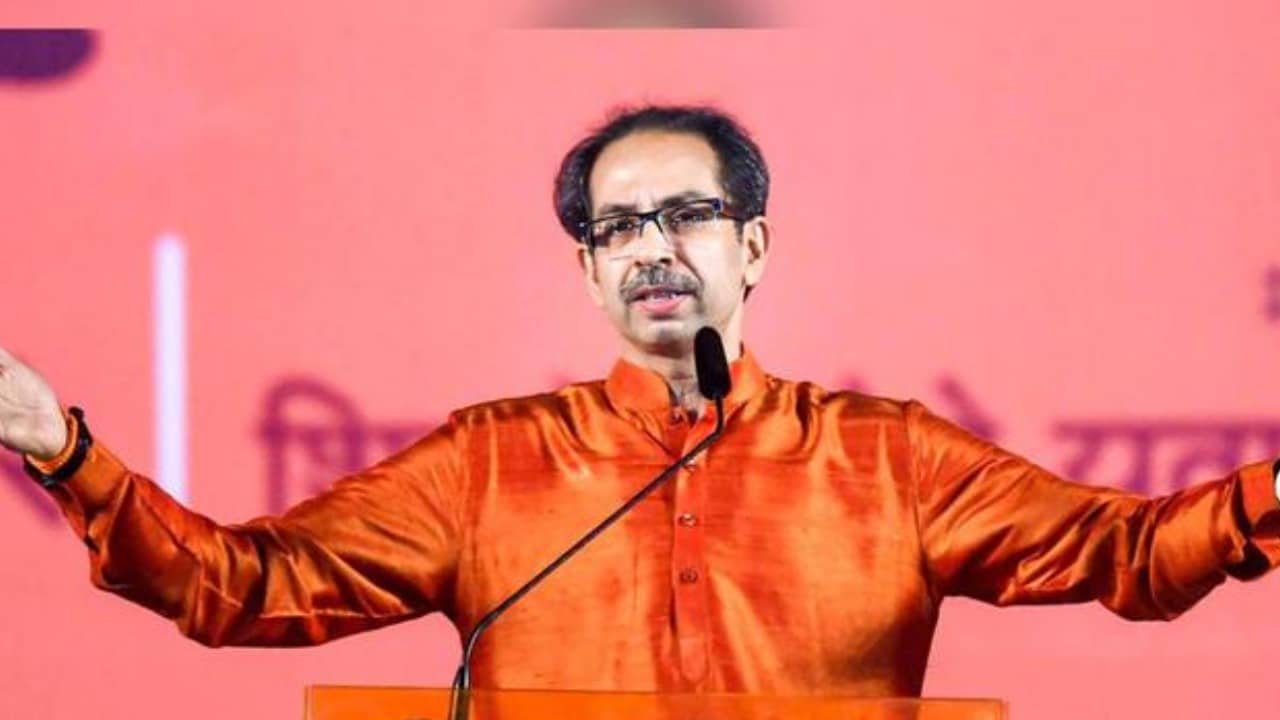 On the other hand, the NCP had been the most beneficial party in this scenario and the Pawars got the best from MVA. They got the main say in the three-party government that brought the longtime hostile parties together.  But, this challenge of rebel MLAs can be the biggest dent to the Ruling party. It is clear that just like the BJP, the Shinde camp is also hostile toward the MVA. So, both of them have the same targets for now.

There is a lot more in store

It wouldn’t be wrong to say that there is a lot more in store for the unexpected rebellion of MLAs in Maharashtra politics. The much-in-news leader Eknath Shinde who is heading the rebellion got 36 MLAs from the 55 of Shivsena elected in 2019. He thought that it gives him ⅔ support to him that will be adequate to be recognized as a separate group. Consequently, It can help to support BJP in forming a Government in the state.

But, the 10th schedule of the Indian Constitution has more to it. Despite having ⅔ MLAs does not let them be recognized as a separate group. Rather, they need to merge with BJP or they could be disqualified. Still, it seems a faraway step as they have claimed that the reason for a rebel is an attempt to regain the righteous movement of Hindutva that Balasaheb Thackeray followed. They believe that his son Uddhav Thackery dismissed it by allying with NCP and Congress, compromising its values.

In that case, going into this means losing their ideology and identity as Shivsainiks. So, they might not take the merger option now. If not BJP, they have the alternative to go into the Prahar Janshakti Party (PJP) of Independent MLA Bachchu Kadu. He is a minister who is alongside Shinde in the Guwahati hotel. But, he has held controversies by commenting on a few BJP leaders and the BJP with Shinde might not take this option.

The last option may be claiming the Shivsena symbol as their party in front of the election commission by proving the majority with MP, MLAs, corporators and other office bearers of the political party. This is highly difficult and particularly when there is a fear that on returning to Mumbai the MLAs can go back to the CM camp. It’s possibly the reason for BJP’s silence and if they are not able to form a government with BJP then they might have nothing in hand.

Shinde is in a fix and so is MVA, BJP and the whole political situation in the western state. For now, the Supreme Court has put a stay on the disqualification of the 16 MLAs and sought answers from rebel MLAs, the Maharashtra government, the state Police and the Central government till 11th July.  Uddhav Thackery’s government might be waiting for breakage in the unity of rebels in the confusing and uncertain state to gain back the majority.

The situation of defectors in Karnataka and Madhya Pradesh was different as they went for by-polls and won back. The situation of rebel Shivsena MLAs is different as they would not want to join BJP or any party and even forming a new one means going into bypolls that is certainly not their choice. This confusion can be of benefit to the Thackery CM but Fadnavis might have a bigger plan. It was a big move to get cross-voting in Rajya Sabha and MLC polls then taking MLAs to Surat and then Guwahati.  So, the BJP leader might have alternative plans and legal moves ready too.

The Shinde Camp and BJP can have differences in Aims but they have common goals. They want to form their government and the first step is bringing Udhhav Government down and imposing the president’s rule. This will give them time to form a government that could break the MVA.  In other cases, BJP might not have a problem in re-elections. A divided shivsena might not keep MVA together for long but will give a chance for BJP to win well. It is evident as there are other non-shivsena MLAs like the ones in Congress. It is worthy to note that 7 MLAs did not follow guidelines issued by the party in MLC polls. Possibly, CM Udhhav can prefer re-elections rather than letting the party break with rebel MLAs.

CM Thackery is now trying to get a grip on his party by delaying things and increasing uncertainty to make rebels come back. In some cases, his government did good work, particularly in the second covid-19 wave. But, he was missing for his illness and the rebels felt ignored in the process as their CM was inaccessible to them. They even alleged that he was more available to the NCP and Congress MLAs. The battle for Eknath Shinde (distinct from BJP) is to dethrone Thackery and take the grip of the party into his own hands. So, even after forming a government if he could not retain a grip on the party means he loses even after a win.

Devendra Fadnavis and Eknath Shinde have the same hostilities and plan to form government by bringing down the MVA. But, they have different aims as BJP wants its government and implementation of its policies. While Eknath Shinde has a deeper political aim.

Also read – Presidential Polls: BJP’s choice can target the Unity of the Opposition