Will the opposition continue to unite or break away from each other? 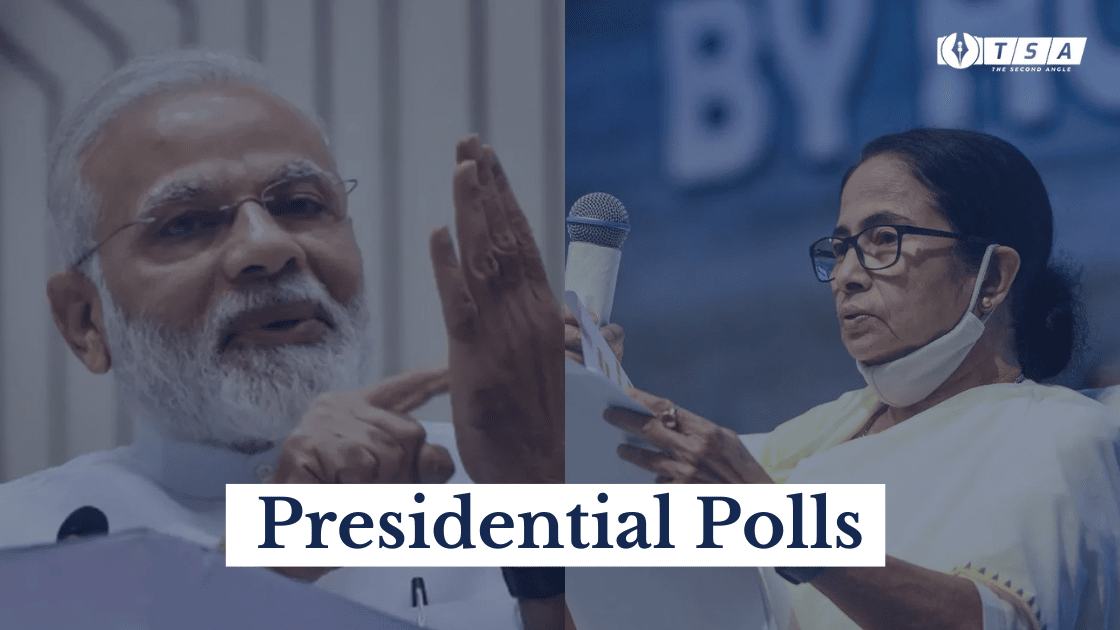 It was important for the opposition to unite keeping in view the upcoming Lok Sabha polls. Also, a major reason for the political parties losing the previous elections has been the attempt to target each other rather than uniting against BJP. But, the BJP seemed not far behind with its strategy. The Choice of NDA

This time the ruling NDA and BJP backed Droupadi Murmu, former Governor of Jharkhand. She belongs to the Santhal tribe of Odisha. Her selection can be the master strategy by the BJP.

As of now, the NDA has nearly 5.23 lakh votes. Whereas, the total votes in the electoral college for MPs and MLAs for presidential polls are 10.86 lakh votes. It implies that the BJP needs 20,000 more votes to cross the required number of votes for the polls slated for July 18.

The support from other political parties

Since she hails from Odisha it was not surprising that CM Naveen Patnaik announced his support of 31, 705 votes to the former Minister in Odisha Government.  At the same time, he appealed for support from other opposition parties to make Murmu win.

On the other hand, Bihar CM Nitish Kumar also pledged his upper of 22,769 votes from his party JDU to the former Governor.  It is worthy to know that in the past Nitish Kumar did not vote for the candidates from his alliance partner in presidential elections.  But, despite that and his recent alleged Tiffs with the BJP, he has announced his support to Murmu. He said that PM Modi himself called him up to inform him about selecting Droupadi Murmu for the NDA’s presidential candidate. Consequently,  in a social media post, the Bihar CM thanked the PM for selecting a tribal vote as the candidate for NDA. JDU is the largest ally of the BJP at the centre.

At the same time, two renowned Dalit Leaders from Bihar former CM Jitan Ram Manjhi extended his support. Also, Chirag Paswan, the president of the Lok Janshakti Party (Ram Vilas) gave his support. As per these estimates, Mrumu may even get support from the northeastern states with a 68-95% share of the tribal population. The CM of Andhra Pradesh, YS Jagan Mohan Reddy’s YSRCP, with 45,800 votes can also support the first woman Governor of Jharkhand.

It is expected that after the NDA announced its candidate, Jharkhand CM Hemant Soren and his party JMM can reconsider their decision to support the opposition’s candidate Yashwant Sinha. Just like the former Governor,  CM Soren is a Santhal. Moreover, he has deep connections with Mayurbhanj, the home district of Murmu.

In the same context, Chhattisgarh, which is a Congress-ruled state under the opposition, has a 30% tribal population.  So, the Congress MLAs from the state might find it difficult to vote for the TMC proposed candidate.

The selection of Droupadi Murmu can break the plan of the ‘United Opposition’ for the Presidential polls. If Droupadi Murmu manages to win the presidential polls, she will be the second female president of India. Also, she will be the youngest and the first person from a tribal community to hold the position. Meanwhile, she has filed her nomination and even talked to opposition leaders like Sharad Pawar and Mamta Banerjee for support.

Also read – ‘One Nation, One Election’: Modi’s masterstroke to a vibrant democracy?