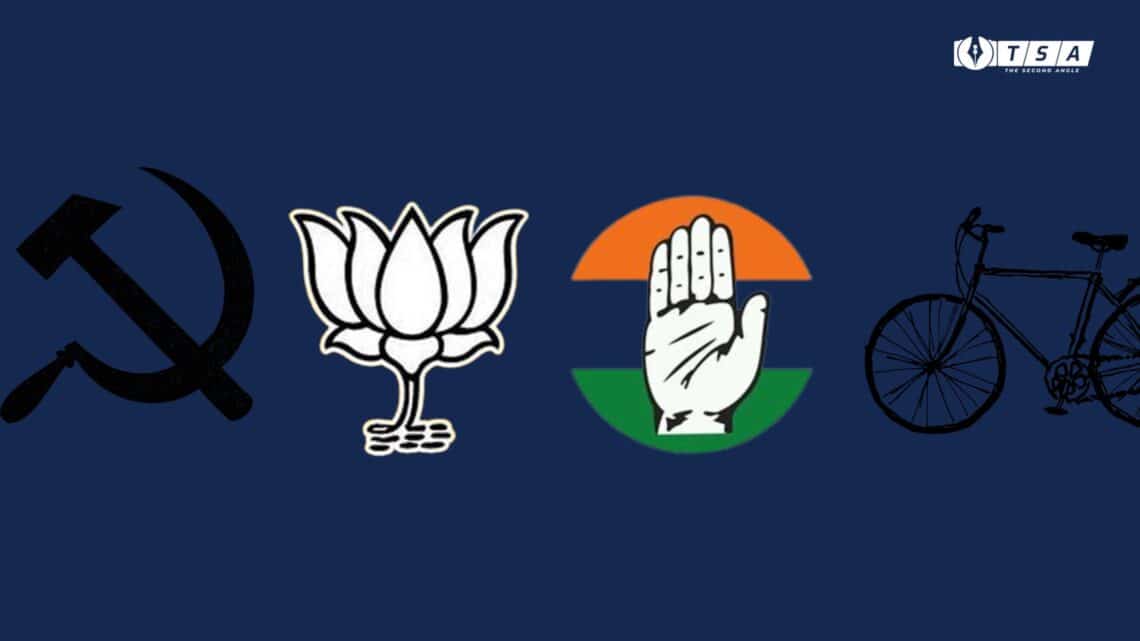 India left by the British was in a poor state with widespread poverty, illiteracy, and the impacts of a famine. Despite adverse conditions and challenging situations over the years, India has managed to establish a main democratic set-up in the country. Not to mention, the citizens of the country are committed to strengthening democracy.

Another quality that the nation has maintained is to preserve its value of ‘Unity in Diversity’. One prime example of this in politics is a multi-party democratic set-up in the country. The makers of the constitution were well aware of the diversities among the citizens of India. So, to preserve and strengthen that quality, they made sure that every citizen from any section of society is given an equal opportunity to take part in democracy.

However,  the status of the multi-party system has been changing and is vulnerable. An important instance of this statement is the fact that the Indian National Congress Party, which played a key role in India’s democracy, developed into a family dynasty. It was a power in the centre for more than 50 years in the 75 years since India’s Independence. At the same time, the state governments of the Congress Party were not focused on regional needs and aspirations.  The state units of the Congress Party were directed by the party’s central leadership.

The emergence of regional Parties and the increase of Dynasties

The growth and popularity of the Regional parties gave a sense of hope to cherish regional identities and diversities. But, these regional parties further branched out. The line of succession was established within a political family for control over a regional party. In turn, it was the creation of family dynasties in the regions.

It is important to understand that it has become evident that the son of a political leader will lead the party after him and there are no internal elections for the same. This trend from Congress continued in regional parties. For instance, parties like SP, RJD, Akali Dal, and Shivsena.

The issue of Family Dynasties was first highlighted by PM Narendra Modi who called the leaders ‘Prince’ and called out the lack of internal democracy among parties. This statement for criticizing the opposition was quickly adopted by the BJP and many big leaders of the party raised this point in their speeches.

It is important to understand that representations from various sections of society are significant in democracy. Moreover, in a country like India with ethnic diversities, several languages, cultures, traditions, religions and individual histories or identities it is all the more vital. So, there is a need for youth from varied backgrounds to become a part of the Indian Political sphere.

The various sections of society including farmers, teachers, villagers, and backward castes need more representation given their significance in national and social development. All the family dynasties in Indian politics have taken away the attention from its vision, ideology, and objectives. The focus is more on the line of succession and the internal conflicts in the family.

For the strengthening of a strong and vibrant democracy, it’s necessary for political parties to establish internal democracy first.  Also, there is a need for enhanced representation of Indian Diversity in democracy. Lastly, the concept of family dynasties is sure to become a constant criticism of Congress and other regional parties by the BJP.

Also Read: Explained: What is the reason for street protests against the new Agnipath scheme?