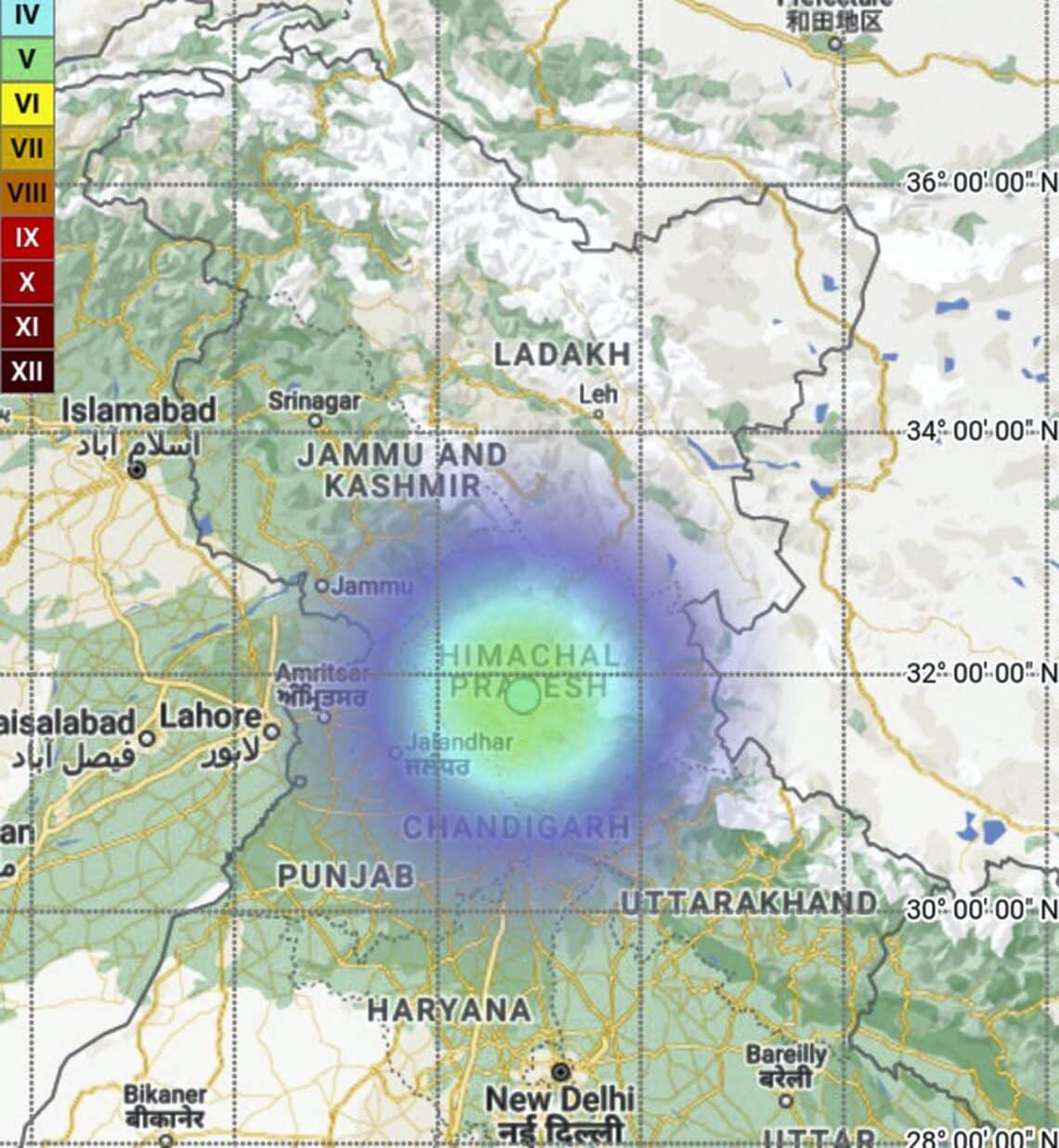 
A graphic depicts the earthquake of Magnitude: 4.1, which occurred on November 16.
| Photo Credit: PTI

An earthquake of 4.1 magnitude shook parts of Himachal Pradesh on Wednesday, according to the National Centre for Seismology.

The epicentre of the temblor, which struck at 9:32 p.m., was located 27 km north-northwest of Mandi in the hill State.

Tremors were felt in Mandi, Kangra and surrounding areas.

So far, no loss of life or damage to property has been reported, officials said.

The Himalayan region has witnessed a series of quakes over the past fortnight.

The Himalayan region along the Uttarakhand-Nepal border has witnessed at least 10 earthquakes of varying magnitudes between November 8 and 16, data from the National Centre of Seismology showed.

Milk prices: Govt. in a bind as farmers threaten stir if hike is not allowed