Envoy says U.N. to push for nationwide cease-fire in Syria 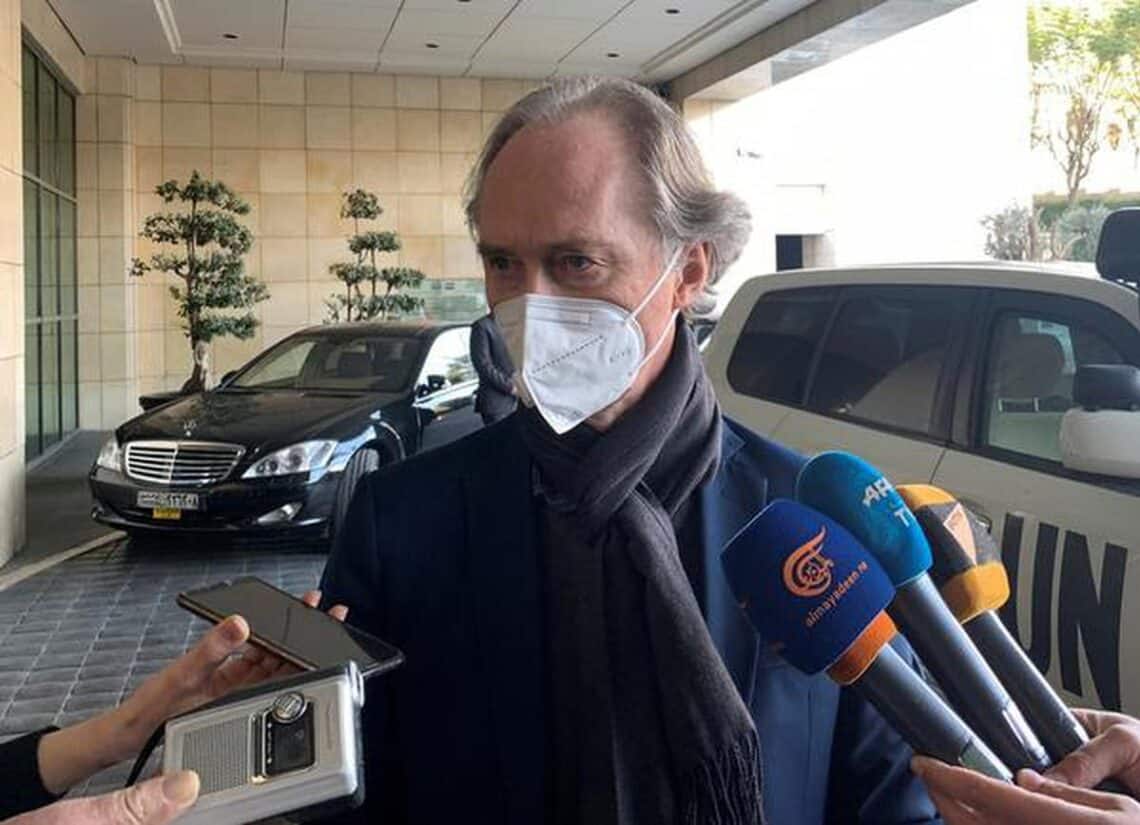 The U.N. envoy for Syria says the United Nations will push for a nationwide cease-fire in the war-wrecked country — even after bursts of fighting in the last rebel-held region have punctured a two-year truce there

The U.N. envoy for Syria says the United Nations will push for a nationwide cease-fire in the war-wrecked country — even after bursts of fighting in the last rebel-held region have punctured a two-year truce there

The United Nations will push for a nationwide cease-fire in Syria even after bursts of fighting in the last rebel-held region have punctured a two-year truce there, killing hundreds, a U.N. envoy said Monday.

Geir Pedersen, the U.N. special envoy for Syria, spoke to reporters after meeting the foreign minister in Damascus. Syria’s economic situation is “extremely difficult as close to 15 million people are in need for humanitarian assistance,” he said.

Syrian government forces have over the past years captured much of the country with the help of President Bashar Assad’s allies Russia and Iran.

Also Read | Who is fighting whom in Syria?

A cease-fire brokered by Turkey and Russia in March 2020 stopped a Russian-backed government offensive on the last rebel stronghold in northwestern Syria. But despite the relative calm, shelling and airstrikes have killed hundreds of civilians in the past two years.

“Since March 2020, we have a cease-fire in place, we have front lines that are not shifted but still too many civilians are being killed so that’s still a challenge,” Pedersen said. He added that “we will continue to work to try to see if there is a possibly for a nationwide cease-fire.”

The political process has not delivered peace to the Syrian people, Pedersen added and pledged that the U.N. would continue to work on the humanitarian needs of all, refugees and displaced, both in and outside government-controlled areas.

More than 80% of Syrians now live in poverty, leaving much of the population dependent on humanitarian assistance. The conflict that started in 2011 has killed hundreds of thousands and displaced half the country’s pre-war population of 23 million.

Pedersen said the U.N. Security Council Resolution 2254 that was adopted unanimously in December 2015 and endorsed a road map to peace in Syria “has not been working.”

Also Read | Is the endgame near in Syria’s civil war?

The resolution calls for a Syrian-led political process, starting with the establishment of a transitional governing body, followed by the drafting of a new constitution and ending with U.N.-supervised elections.

“The good news is that all parties still say they are committed to that resolution,” Pedersen said.

The main question that remains is whether everyone can start rebuilding “a little bit” of confidence in order to move forward, he said.

YSRCP stoking politics of hate in Andhra Pradesh, and driving a wedge between regions and castes, alleges Pawan Kalyan