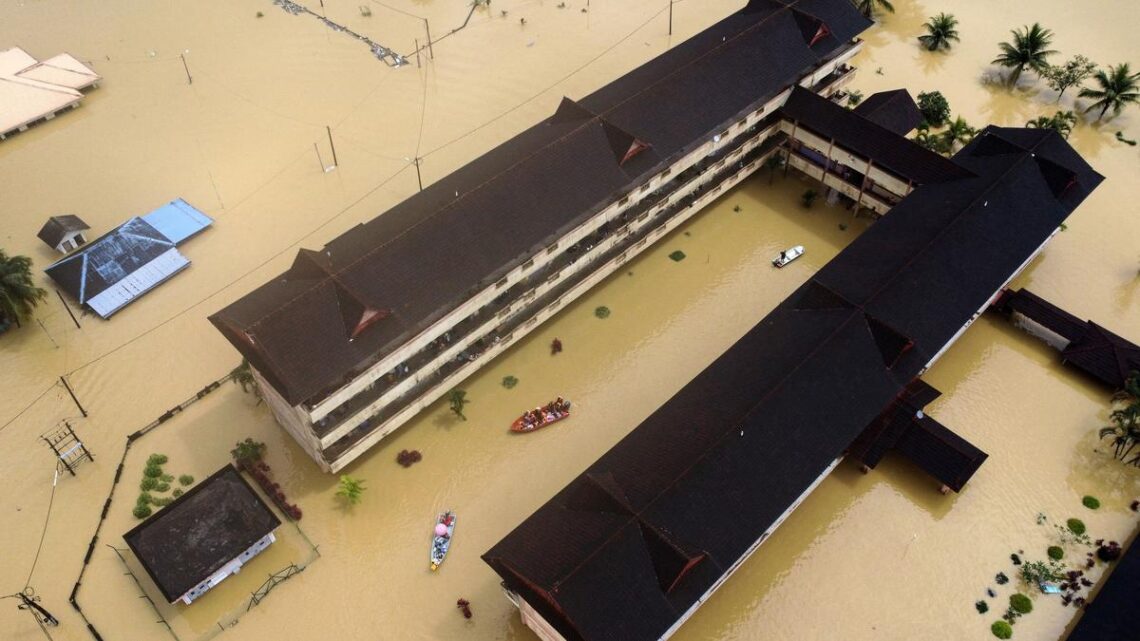 
Residents are rescued by boats from the flood relief centre as the flood water rise and partially submerged the building at Dungun, Terengganu, Malaysia on December 21, 2022.
| Photo Credit: REUTERS

At least five people were killed and more than 70,000 rushed to evacuation centres in Malaysia after monsoon-triggered floods inundated the country’s north, authorities said Wednesday.

More than 31,000 people have fled their homes in Kelantan state while more than 39,000 residents have been evacuated to temporary shelters in neighbouring Terengganu after flooding began over the weekend, the official Bernama news agency said.

Emergency services officials said a total of five people had been killed.

“The water levels reached almost three metres (10 feet),” Muhammad Ameenudin Badrul Hisyam from Kuala Krai district in Kelantan told AFP, as he cleared debris from his home after a nearby river overflowed and forced his family to flee.

Local media reported that four people died in Kelantan on Monday when three sisters were electrocuted while wading in the floodwaters and a 15-month-old boy drowned.

The fifth victim was a two-year-old girl swept away by strong currents in Terengganu on Sunday.

Floods are an annual phenomenon in the Southeast Asian nation of 33 million people due to the northeast monsoon that brings heavy rain from November to March.

In the same month last year, the country was battered by its worst floods in history when more than 50 people died and thousands more were displaced.

Newly elected Malaysian Prime Minister Anwar Ibrahim visited affected areas and a school being used as an evacuation centre in Kelantan on Wednesday.

Mr. Anwar, who is also the finance minister, said in parliament Tuesday the government had initially allocated 400 million Malaysian ringgit ($90 million) to the National Disaster Management Agency to deal with the emergency.

Disaster officials said they would aerially monitor the flood situation in the worst-hit areas.