Fundamental duties should be the first priority of citizens: Prime Minister Modi 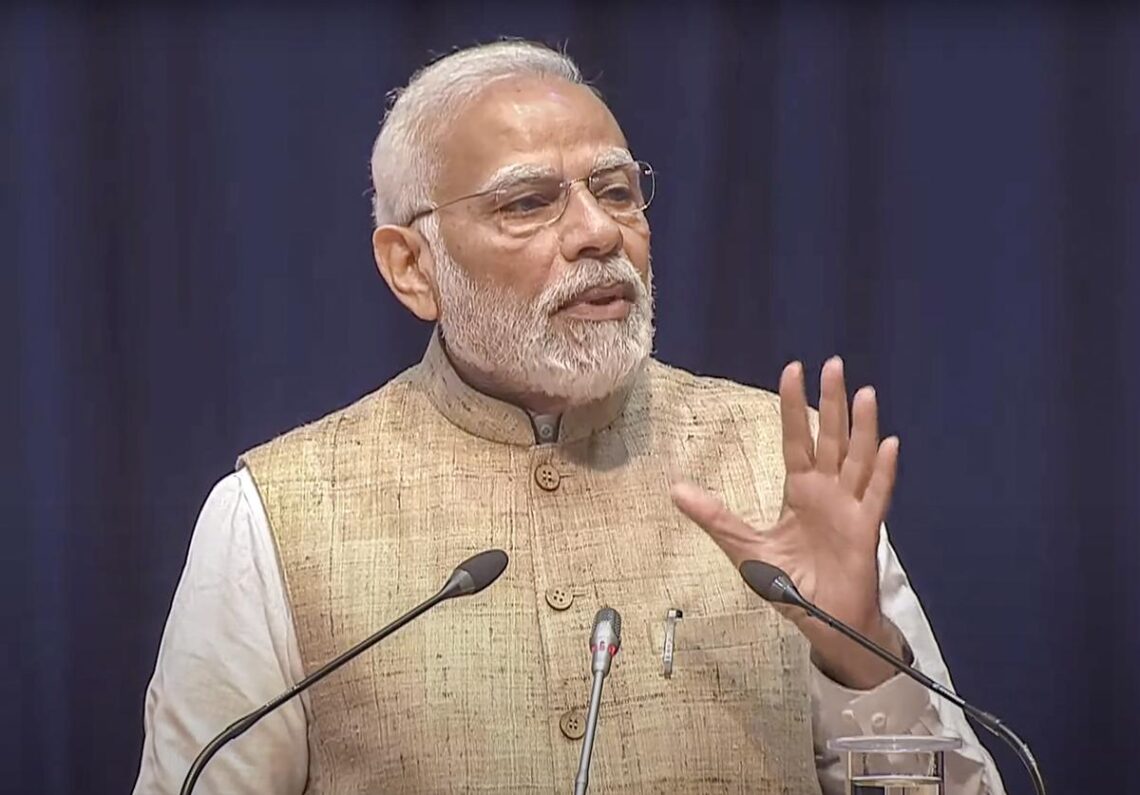 Prime Minister Narendra Modi on Saturday said fulfilling fundamental duties should be the first priority of citizens to take the nation to greater heights as it marches ahead towards the centenary of its Independence.

Addressing Constitution Day celebrations in the Supreme Court, Mr. Modi said the entire world was looking at India which is witnessing rapid development and economic growth.

Quoting Mahatma Gandhi, Mr. Modi said the fundamental rights were those responsibilities that should be fulfilled by citizens with utmost dedication and true integrity.

“Be it an individual or institutions, our duties are our first priority. The Amrit Kaal is the era of duties for us,” the Prime Minister said.

At the outset, Mr. Modi also remembered the victims of the 26/11 Mumbai terror attacks that took place in 2008 as India was celebrating the adoption of the Constitution.

The Prime Minister also launched new initiatives under the e-court project, which provides services to litigants, lawyers and the judiciary through information and communication technology-enabled courts.