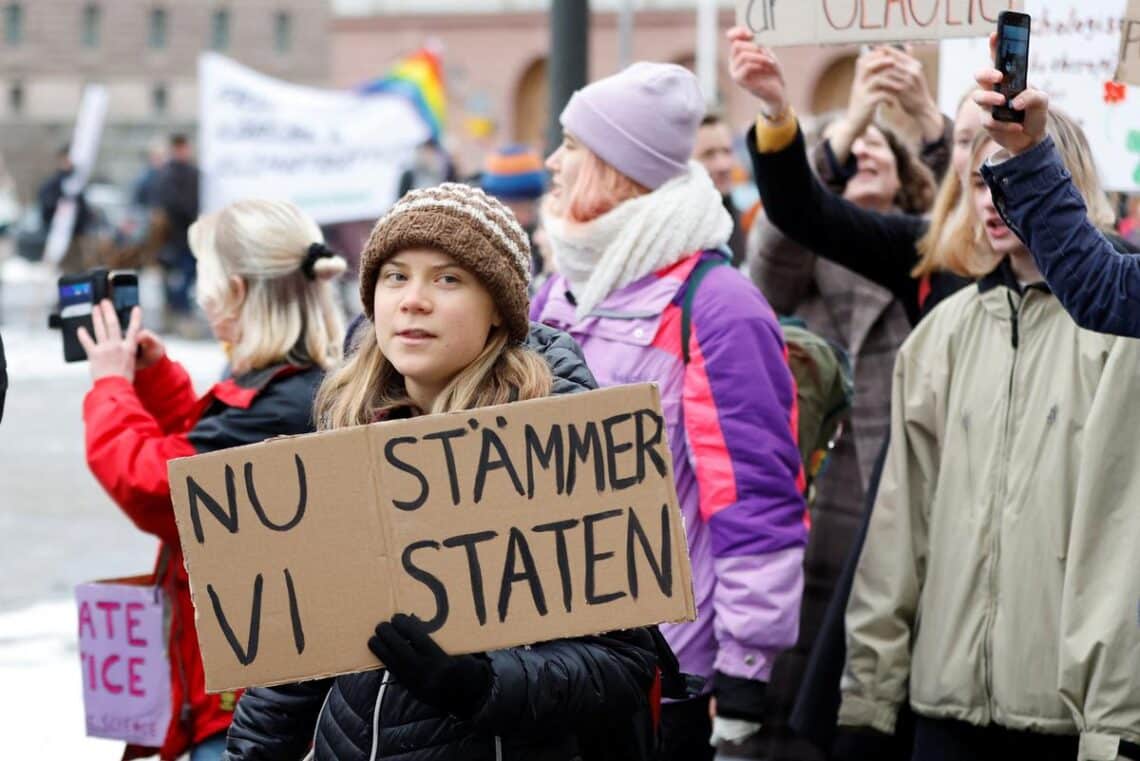 
Swedish climate activist Greta Thunberg holds a placard during a demonstration held by the youth-led climate organisation, Aurora, before submitting its lawsuit on November 25, 2022 against the state for their lack of climate work in Sweden.
| Photo Credit: Reuters

More than 600 young people in Sweden, including climate activist Greta Thunberg, on Friday filed a lawsuit against the Swedish state accusing it of climate inaction, a first in the country.

“There has never been such a large-scale case in the Swedish legal system”, Ida Edling, a member of the organisation behind the lawsuit, Aurora, told AFP.

The lawsuit, symbolically submitted to the Stockholm district court during a protest in the city on Friday, had previously been filed electronically to another Stockholm court, Aurora said.

The legal action, which has been in the works for two years, comes as Sweden’s new right-wing government faces mounting criticism over lacklustre climate goals.

Moa Widmark, a 19-year-old student, said she was taking part in Friday’s demonstration because “the climate crisis is worrying and scary — we’re headed for a catastrophe”.

While the lawsuit is a first in the Swedish courts, six Portuguese youths have taken Sweden and 32 other countries to the European Court of Human Rights accusing them of failing to adequately address the climate crisis.

“If we win, there will be a verdict that says the Swedish state is required to do its share of the global measures needed for the world to meet the 1.5 degree target”, Ms. Edling said.

In recent years, a growing number of organisations and citizens have turned to the courts to criticise what they claim is government inaction on the climate.

In December 2019, the Dutch supreme court ordered the government to slash greenhouse gases by at least 25% by 2020, in a landmark case brought by an environmental group.

In a similar case in France, more than two million citizens took the French state to court for failing to act against climate change.

In a report published earlier this week, the Swedish Meteorological and Hydrological Institute said the average temperature in Sweden had risen nearly two degrees Celsius (35.6 degrees Fahrenheit) since the late 1800s, twice as fast as the global average.

Romantic Songs From The 90's That We Love