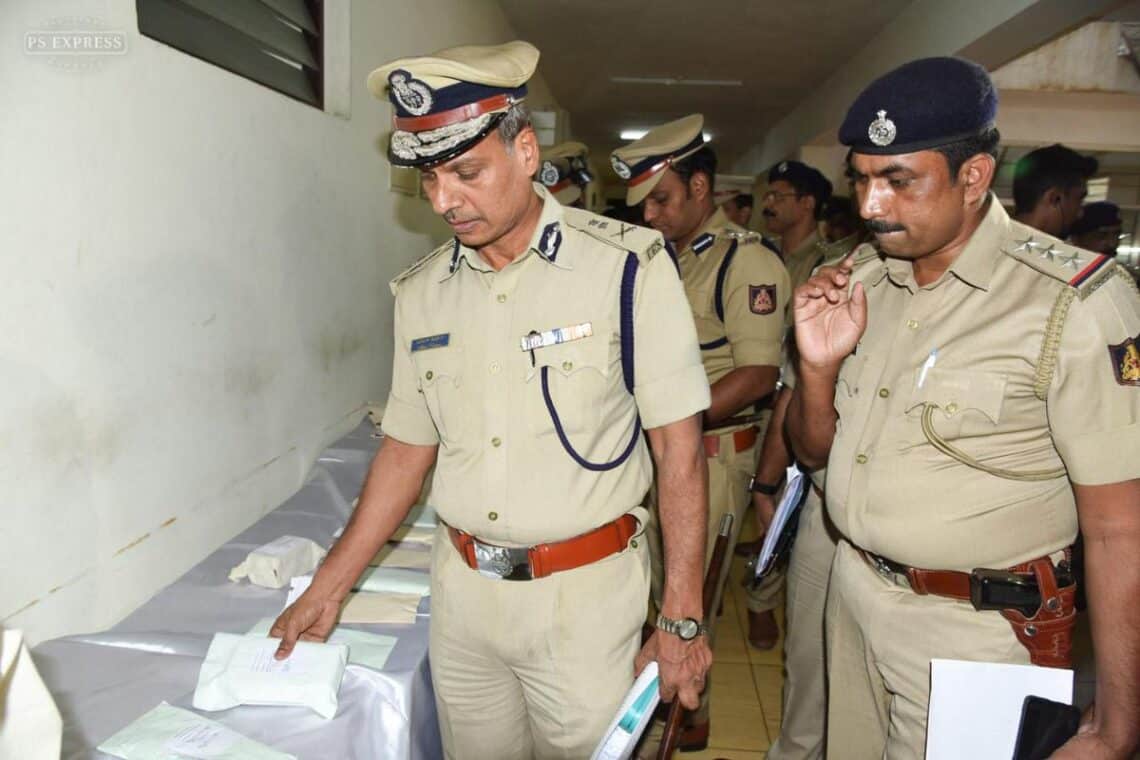 Mohammed Shariq, 24, the alleged bomber in the Mangaluru autorickshaw blast case, was “influenced by a terror organisation that has a global presence,” Alok Kumar, Additional Director General of Police (Law and Order), Karnataka, said at a press conference in Mangaluru on Monday.

Mr. Kumar named Arafat Ali, now holed up in Dubai, as Shariq’s “immediate handler”, who was in turn handled by Abdul Matheen Taha, a wanted terror accused in Islamic State (IS) offshoot Al Hind ISIS Bengaluru module case.  The module based out of Karnataka and Tamil Nadu had allegedly aimed to create an “IS province” in the jungles of south India. The National Investigation Agency (NIA) has put Taha in the most wanted list. The NIA is expected to take over the Mangaluru blast probe.

The Karnataka Police said they recovered a photo from the injured Shariq’s phone in which he was seen posing with a pressure cooker that seemed rigged with a circuit.

“We suspect he rigged the Improvised Explosive Device [IED] in Mysuru on November 19, took a photograph and then left with it in a bus to Mangaluru. The photograph seems to be inspired by the Islamic State. We are checking to whom he sent this photo and whether this was a suicide bombing mission or not,” a senior police official said.

Shariq’s family members visited the hospital where he is being treated, and identified him. He has suffered over 40% burns in the blast and is being treated in the Intensive Care Unit and yet to be questioned.

Meanwhile, the police have raided seven places, including in Mangaluru, Mysuru and Shivamogga, and detained four persons, said to be Shariq’s associates, with whom he was in touch since September 2022. One of them is from Udhagamandalam in Tamil Nadu, two from Mysuru and one from Mangaluru.

“The probe is now spread all across Karnataka and beyond. The Tamil Nadu Police are cooperating with us. We are also in touch with Central agencies,” Mr. Kumar said. He said the police found material used to manufacture explosive items from Shariq’s rented house in Mysuru, including 150 match boxes, Sulfex sulphur powder, nuts and bolts, circuits, multi-functional delay timers, mixer-grinder, mobile display items, and some other chemicals.

Shariq fled Shivamogga after his two associates were arrested in September 2022, and since then had been to several places and had taken a house on rent in Mysuru, where he had joined a mobile repair training institute, Mr. Kumar said. “Preliminary investigations have revealed that Shariq had come to Mangaluru earlier on November 10, possibly for a recce. Based on his movements on November 10, we are trying to analyse what could have been his target,” he said.

The investigation revealed that he left Mysuru on November 19 and travelled to Mangaluru via Madikeri and Puttur. He alighted from the bus on the outskirts of Mangaluru and hired an auto rickshaw. The blast occurred at 4.40 p.m., near Kankanady, while he was in the autorickshaw. Karnataka Chief Minister Basavaraj Bommai had wound up his programme in Mangaluru on that day, and left for Bengaluru around that time.

Online fraudsters get creative, come up with newer ways to dupe people in Visakhapatnam