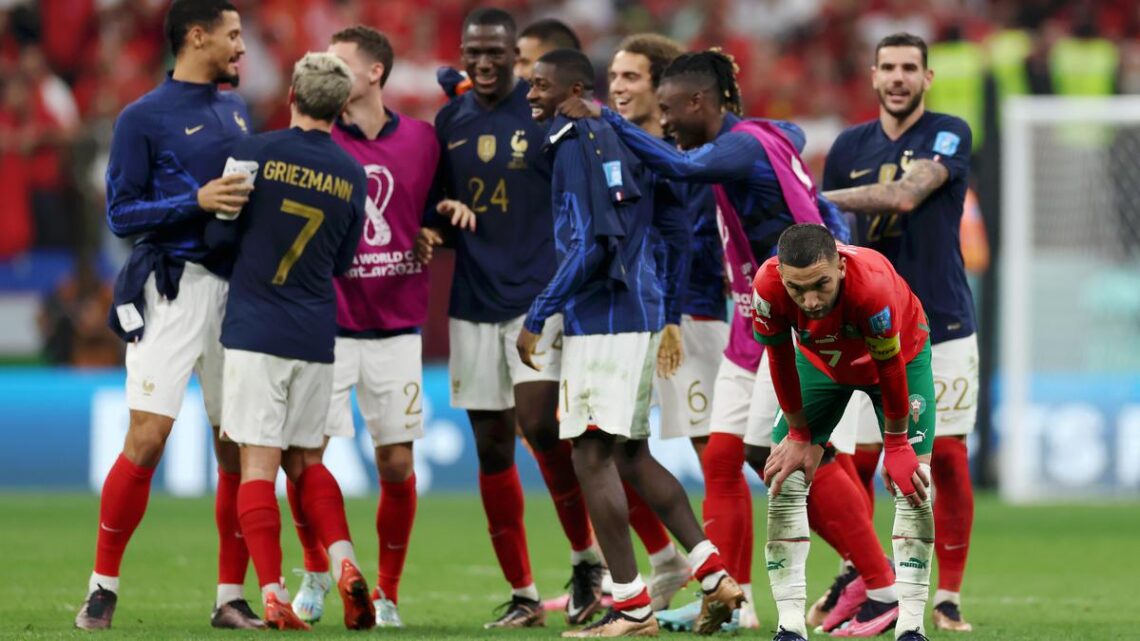 France will take on Argentina in the World Cup final after beating Morocco 2-0 in an absorbing semi-final on December 14 to stay on course for a successful title defence and end the fairytale run of the north Africans in Qatar.

India slams Pakistan for raking up Kashmir issue in U.N.

India strongly hit back at Pakistan on December 14 after it raised the Kashmir issue in the U.N. Security Council, asserting that a country that hosted slain al-Qaeda leader Osama bin Laden and attacked a neighbouring Parliament does not have the credentials to “sermonise” in the power U.N. organ.

Opposition walks out in Parliament over the India-China border issue

Amid the border row between Maharashtra and Karnataka, Union Home Minister Amit Shah met the Chief Ministers of both States and asked them to not claim any territory or make any demands till the Supreme Court gives its verdict. Emerging from the meeting, Mr. Shah flanked by Chief Ministers Eknath Shinde of Maharashtra and Basavaraj Bommai of Karnataka said fake Twitter handles created in the name of senior politicians played a role in whipping up emotions.

The CBI has registered 15 cases in connection with alleged derogatory posts against the government and constitutional functionaries from 2019 to November 2022, Union Minister of State for Personnel Jitendra Singh said in the Lok Sabha on Wednesday.

Success rate of startups in India higher than in other countries: Piyush Goyal

BSNL is going to be revived in a big way, says Minister Ashwini Vaishnaw

Bharat Sanchar Nigam Limited (BSNL) had gone through a very bad phase “primarily” due to political parties during the UPA government, and was used like a “cash cow” by certain people who were still Members of Parliament, the Union Information Technology Minister Ashwini Vaishnaw said during Question Hour, on Wednesday.

Specific date will be given for pleas on Article 370, says Supreme Court

Chief Justice of India D.Y. Chandrachud on Wednesday assured a specific date will be given for hearing a series of petitions challenging the abrogation of Article 370 of the Constitution, which deprived Jammu and Kashmir of its special privileges and led to the bifurcation of the State in 2019.

Targeting actor Deepika Padukone for her costumes in her upcoming film Pathaan, Madhya Pradesh Home Minister Narottam Mishra on Wednesday hinted at a possible ban on the film in the State. Referring to the film’s recently released track Besharam Rang, Mr. Mishra — who is the official spokesperson for the State government and has often taken aim at various films and filmmakers for what he considers “objectionable content” in the past — demanded that such “visuals be corrected”.

A Bharatiya Janata Party (BJP) member from Manipur said in Rajya Sabha on Wednesday that India was losing territory along the Manipur-Myanmar border due to faulty border pillars and demanded that the issue be taken up diplomatically with the neighbouring country.

Interview | You cannot think of cinema as a timepass: Adoor Gopalakrishnan

The tumultuous bus journey that a young couple took in 1972 continues to captivate audiences. Swayamvaram remains relevant even 50 years after it first hit the screens and auteur Adoor Gopalakrishnan continues to deftly unravel the complexity of human relationships on screen. In Delhi to attend a rare commemorative retrospective of his select films organised to celebrate 50 years of his creative journey, the much-feted filmmaker spoke to The Hindu on a range of issues and, of course, his art

The Maharashtra Government has constituted a 13-member committee to collect details of couples in interfaith and inter-caste marriages, and the maternal families of the women involved if they are estranged. State Minister for Women and Child Development Mangal Prabhat Lodha, who is heading the panel, said the move was aimed at avoiding a repeat of the Shraddha Walkar case.