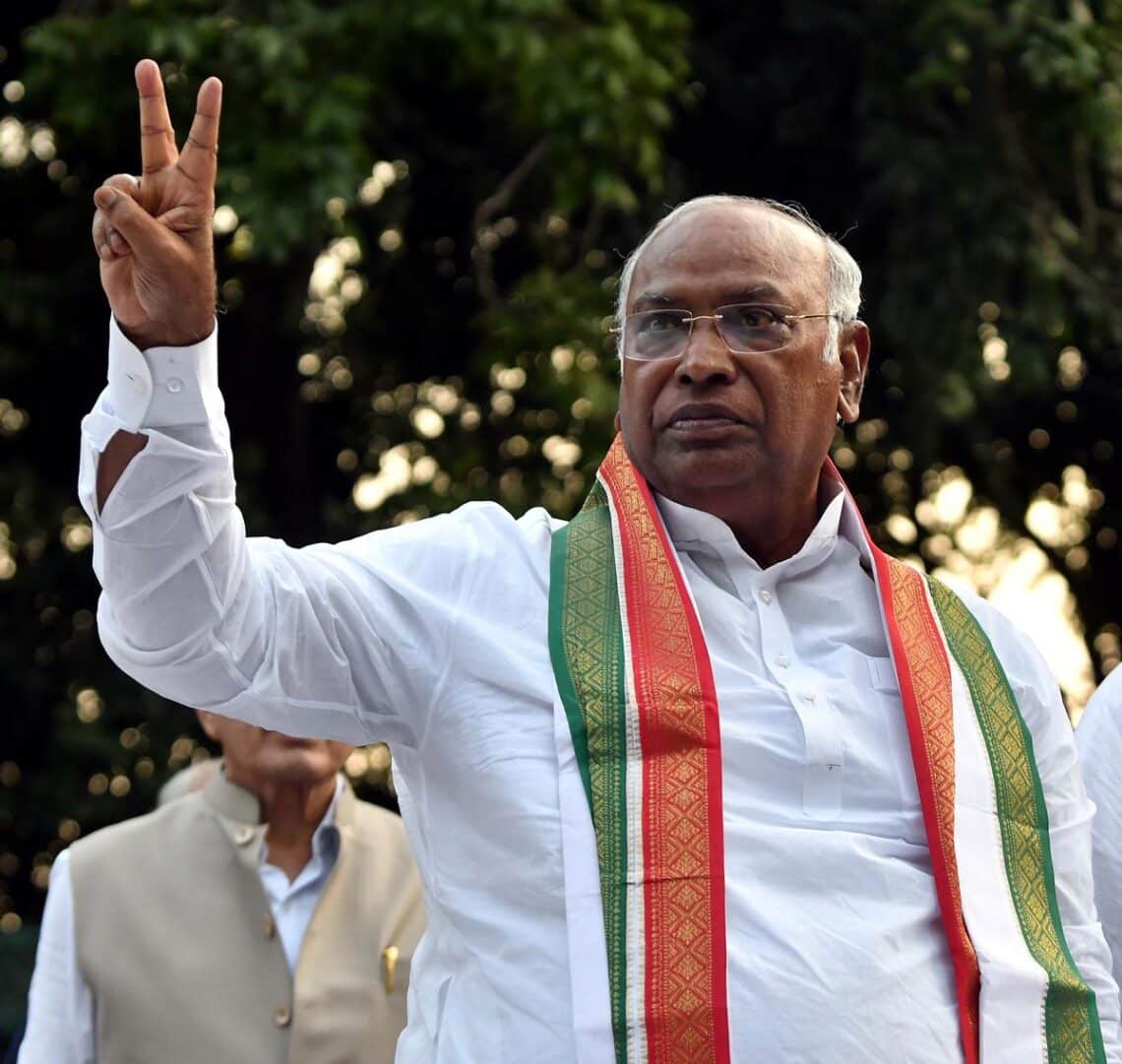 A day before formally taking charge as the Congress President, Mallikarjun Kharge on Tuesday called on former Prime Minister Manmohan Singh at the latter’s official residence. Preparations are underway at the party headquarters for the official ceremony in which Mr. Kharge will be given the certificate of victory by central election authority chief Madhusudan Mistry.

The Bharat Jodo Yatra has completed one-third of its journey having covered 1,270 km in the past 48 days, and is expected to reach Kashmir, its end point, between February 20 and 25, Congress communication chief Jairam Ramesh said on Tuesday.

As neighbours, it is natural for China and India to have some differences but the focus should be to seek common ground for development while resolving the pending issues through dialogue, outgoing Chinese Ambassador to India Sun Weidong said on Tuesday.

At least five houses and two relief camps in Mizoram’s Mamit and Siaha districts were damaged due to heavy rain accompanied by squally wind under the impact of cyclone Sitrang, an official said on Tuesday. The downpour also triggered landslides and uprooted trees along several highways in various parts of the northeastern State, he said.

Ambassadors of all countries in the U.N. Security Council will attend a memorial for victims of the 26/11 terror attacks in Mumbai on Friday, as a part of a special session of the Counter-Terrorism Committee (CTC) at the Taj Mumbai hotel, one of the sites of the attacks in 2008.

Local authorities in western Goalpara district in Assam sealed a Miya Museum on October 25, two days after it was inaugurated by an organisation representing migrant Muslims. A team led by Lakhipur circle officer Rajib Gogoi evicted the items displayed at the museum at Dapkarbhita near Lakhipur town before sealing it. The reason cited was that it was a house built under the Prime Minister’s Awas Yojana-Grameen scheme but converted into a museum.

Three members of a Dalit family — an elderly couple and their young son — were gunned down while a fourth one was critically injured allegedly by a neighbouring family in Madhya Pradesh’s Damoh district on Tuesday.

British Prime Minister Rishi Sunak promised his Ukrainian counterpart Volodymyr Zelenskyy on a call that the U.K.‘s support for Ukraine would be steadfast and “as strong as ever under his premiership,” a Downing Street spokesperson said.

Pakistan’s former Prime Minister Imran Khan on Tuesday announced to launch his much-trumpeted long march on October 28 to force the government to agree on the dissolution of the National Assembly and announce snap polls.

A 6.4-magnitude earthquake rocked the northern Philippines late Tuesday, the U.S. Geological Service said, sending panicked residents out into the streets and causing substantial damage to a hospital. The quake, caused by a movement of the earth’s crust, struck around 10:59 p.m. near the upland town of Dolores.

Sindhu back in top 5, Prannoy moves to 12th in latest BWF rankings

Harmanpreet Singh was on Tuesday appointed captain of a 22-member Indian men’s hockey team for the season opening FIH Pro League matches against Spain and New Zealand in Bhubaneswar. Manpreet Singh has been named as his deputy.

Badminton | Rankireddy-Chirag in pre-quarters, others lose in French Open