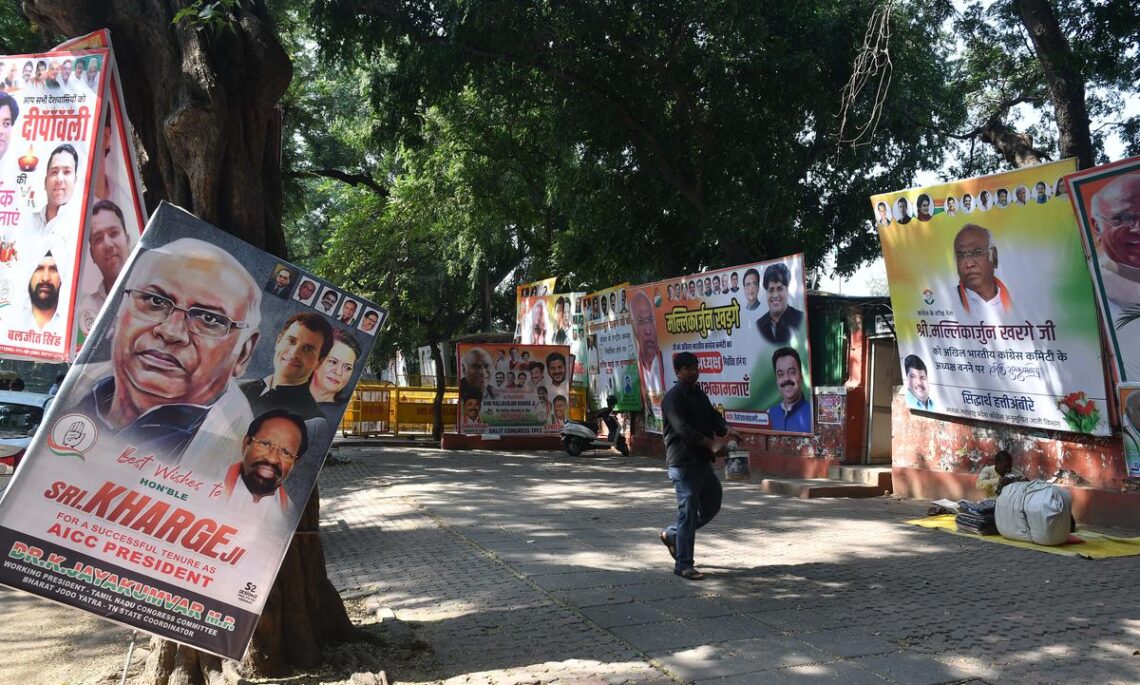 A day before formally taking charge as the Congress President, Mallikarjun Kharge on Tuesday called on former Prime Minister Manmohan Singh at the latter’s official residence.

Preparations are underway at the party headquarters for the official ceremony in which Mr. Kharge will be given the certificate of victory by central election authority chief Madhusudan Mistry. It will also pass a resolution to thank outgoing president Sonia Gandhi for her contribution as party chief.

Former Congress chief Rahul Gandhi, who is on a three-day Deepavali break from the Bharat Jodo Yatra, will also be attending the event.

Mr. Kharge, the first non-Gandhi to head the party in 24 years defeated Thiruvananthapuram MP Shashi Tharoor in a direct contest for the top post.

His elevation comes at a time when the party is at a historic low in terms of electoral performance, with the Congress now in power only in Rajasthan and Chhattisgarh. The party is part of the alliance with the ruling Dravida Munnetra Kazhagam (DMK) in Tamil Nadu and is part of the Jharkhand Mukti Morcha-led government in Jharkhand.

The new Congress chief’s first challenge would be to ensure good performance in the Gujarat and Himachal Pradesh Assembly elections, which go to polls in the next few weeks. Later in 2023, Mr. Kharge will face the uphill task of leading the Congress in nine Assembly elections, including his home State Karnataka.

10 Most Beautiful Lakes To Visit In India