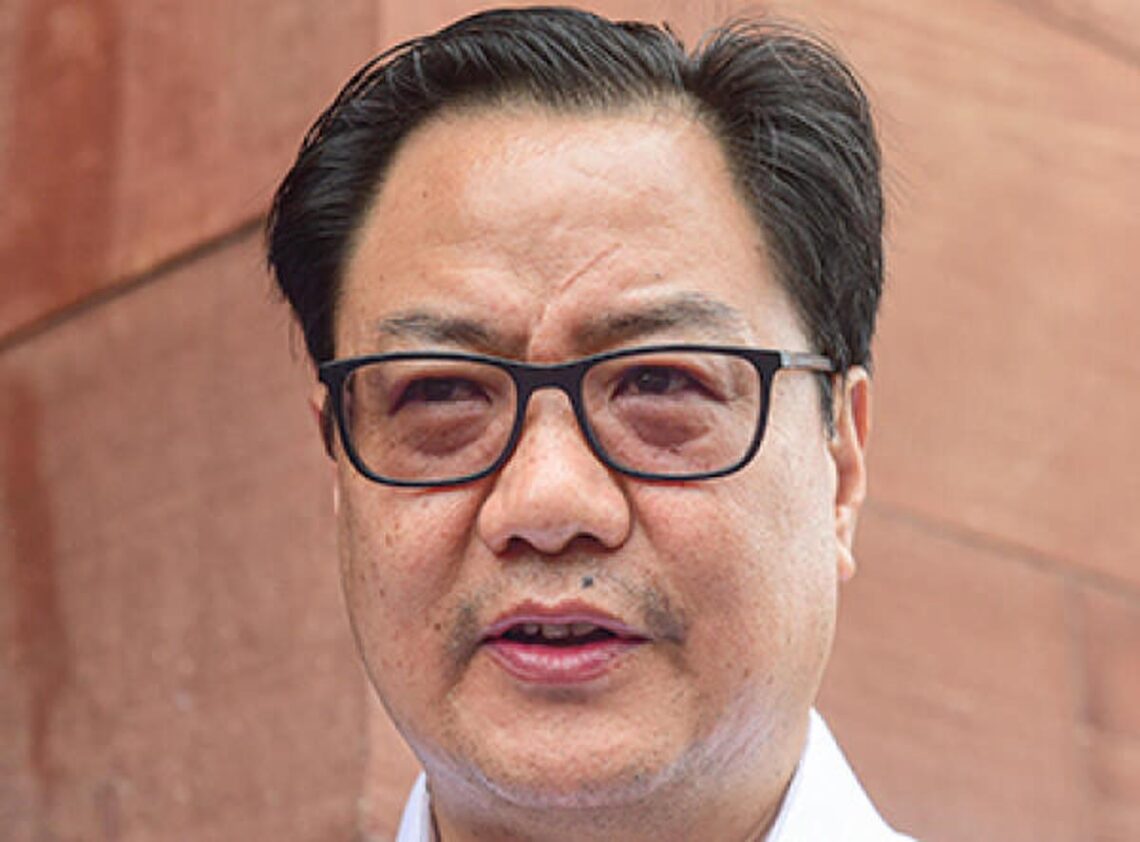 Union Law Minister Kiren Rijiju on Friday said he was overwhelmed by people’s happiness in a changed J&K during his ongoing visit, as he announced setting up of special fast track courts for trial of heinous crimes against women and children in the Union Territory (UT).

“J&K has changed. Overwhelmed to see the happiness amongst the common people while receiving govt welfare schemes,” minister Rijiju said.

The minister attended a legal services camp organised for the Schedule Tribes (ST) and other weaker sections of the society at Hardu Kichroo Village in Anantnag district. Mr. Rijiju arrived in J&K on Thursday and visited Anantnag district in south Kashmir.

He said the government has made a provision to establish special courts for the trial of atrocities and crimes committed against women and children.

“Special fast track courts are being set up under the provisions of POSCO (Protection of Children from Sexual Offences Act) and a roadmap has prepared for the same (for J&K),” Mr. Rijiju said.

The minister said under the guidance of the Prime Minister Narendra Modi, the UT of J&K is on a rapid path of development and the government is making every effort to ensure that the benefit reaches the rightful beneficiaries at the ground level. “The government is committed to provide access to justice for all citizens,” he added.

J&K Chief Justice of Jammu Kashmir and Ladakh, Justice Ali Mohammad Magray, who accompanied the minister, said, “Access to justice is not confined to the court based legal services. It extends to making people aware about their entitlements under various enactments and welfare schemes and programmes and strengthening their access to the same,” the Chief Justice said.