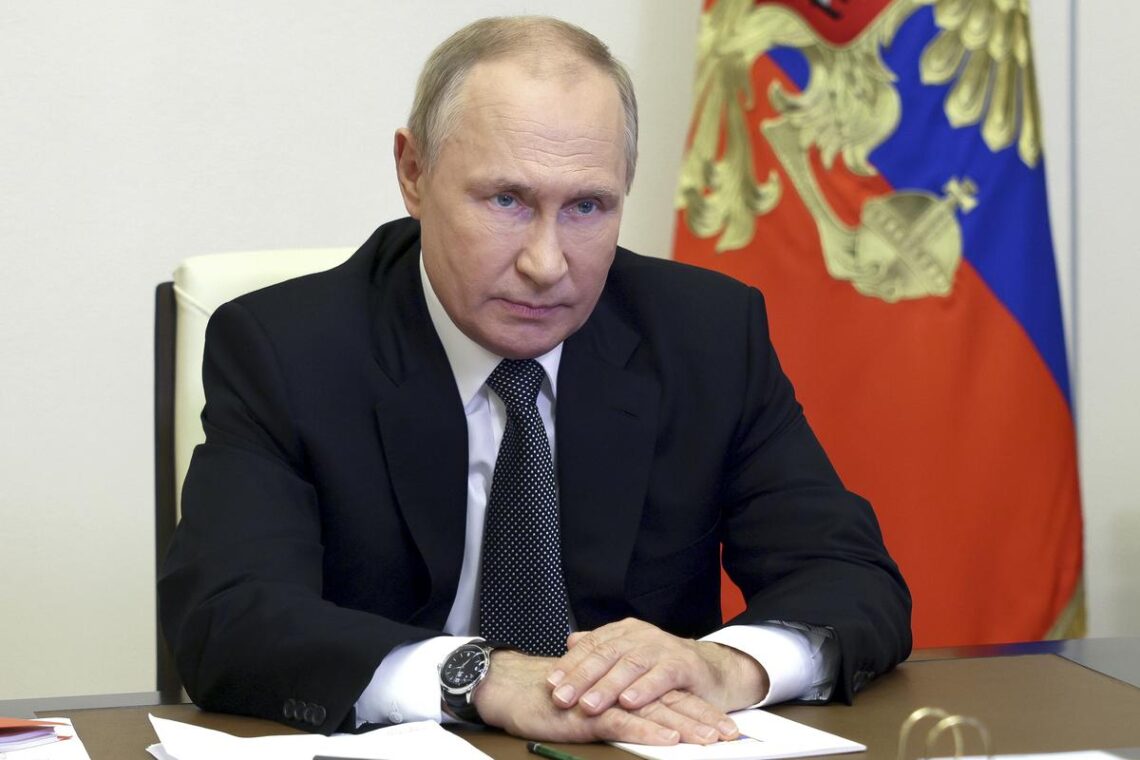 Russian President Vladimir Putin declared martial law on October 19 in the four regions of Ukraine that Moscow annexed and gave additional emergency powers to the heads of all regions of Russia.

Mr. Putin didn’t immediately spell out the steps that would be taken under martial law, but said his order was effective starting Thursday. His decree gives law enforcement agencies three days to submit specific proposals and orders the creation of territorial defense forces in the four annexed regions.

“We are working to solve very difficult large-scale tasks to ensure Russia’s security and safe future, to protect our people,” Mr. Putin said in televised remarks at the start of a Security Council meeting. “Those who are on the frontlines or undergoing training at firing ranges and training centres should feel our support and know that they have our big, great country and unified people behind their back.”

Mr. Putin also didn’t provide details of the extra powers the heads of Russian regions will have under his decree.

In a signal his moves could have broad restrictions for people living in Russia, his decree states that the types of measures envisaged by martial law could be introduced in Russia.

The Russian leader also ordered the establishment of a Coordination Committee to increase interactions between government agencies in dealing with the fighting in Ukraine that he continued to call a “special military operation.”