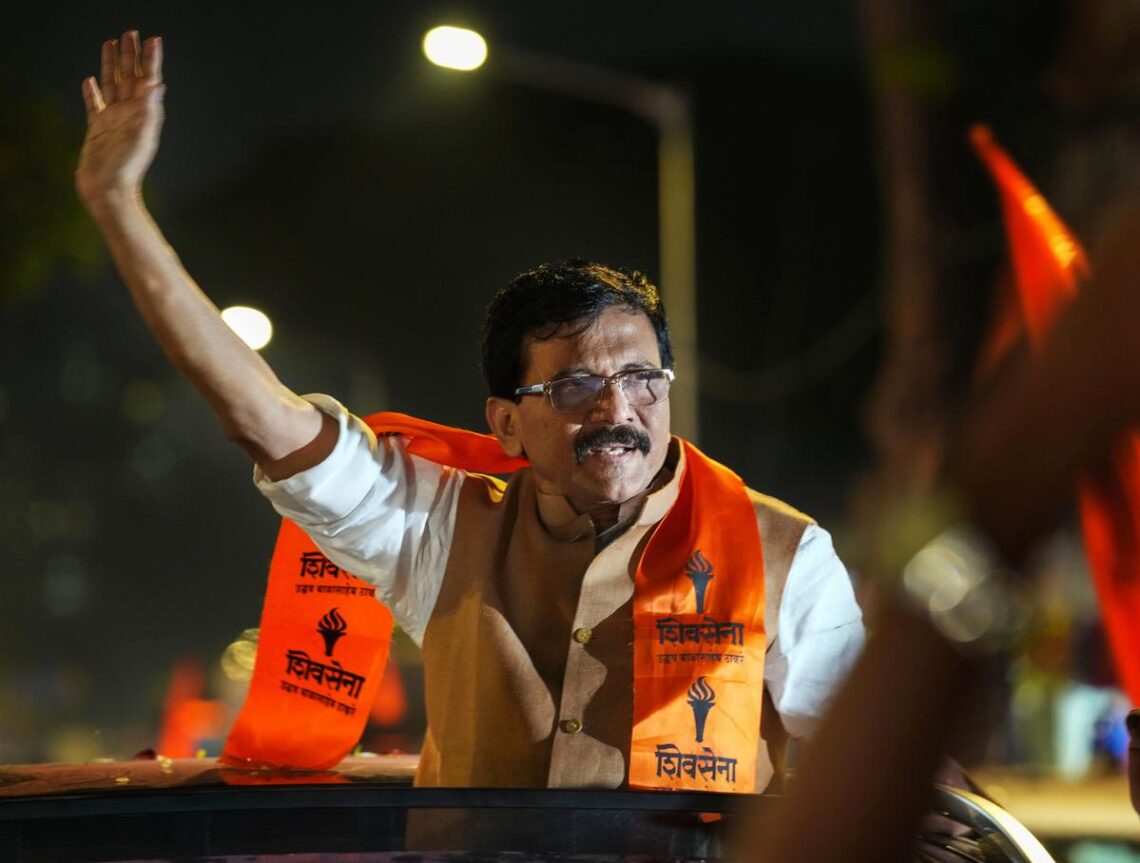 With Congress leader Rahul Gandhi’s comments against Hindutva ideologue V. D. Savarkar putting his party’s regional ally, the Uddhav Thackeray-led Shiv Sena faction in a spot, Uddhav camp MP Sanjay Raut censured Mr. Gandhi’s remarks as ‘unwarranted’ and ‘embarrassing’ while stating that it could cause a schism within the tripartite Maha Vikas Aghadi alliance in Maharashtra.

Speaking in Mumbai on Friday, Mr. Raut categorically stated that the Uddhav Balasaheb Thackeray would not tolerate any defamatory remarks against V. D. Savarkar.

“At a time when Rahul Gandhi’s Bharat Jodo Yatra has been getting enthusiastic response across the country, especially in Maharashtra, there was no reason for him to rake up the issue of Savarkar. It has come as a jolt not just to us but the Congress leaders in Maharashtra have received a setback. His [Rahul’s] remarks have proved embarrassing for them as well,” said the Rajya Sabha MP.

Maharashtra, along with a large section of the populace in India had great respect for Veer Savarkar, Mr. Raut asserted, while advising Mr. Gandhi to stop “chewing on the past” and focus on creating a new history for the future instead.

Despite his criticism of Mr. Gandhi’s remarks against Savarkar, Mr. Raut targeted the Bharatiya Janata Party (BJP), remarking that Veer Savarkar could never be an ideal for “fake Hindutvawadis” like the BJP and its parent body – the Rashtriya Swayamsevak Sangh (RSS).

“Why hasn’t the BJP awarded the Bharat Ratna to Veer Savarkar despite being in power at the Centre for so long? Is their love for Savarkar a political stunt?” questioned Mr. Raut.

The MP’s comments followed the line taken by Shiv Sena (UBT) chief Uddhav Thackeray, who, on Thursday, disagreed with Mr. Gandhi’s remarks against Savarkar but questioned the BJP and the RSS’ claim of the Hindutva ideologue by remarking that the RSS had made “no contribution towards the Indian freedom struggle.”

Justifying his decision to stay allied to the Congress, Mr. Thackeray said that his party, the Congress and others had come together to preserve the hard-won freedom that had been secured by Veer Savarkar’s sacrifices and to oppose the prevailing ‘dictatorship’ of the BJP

Addressing a rally in Washim district earlier this week, Mr. Gandhi, while calling Savarkar a symbol of the BJP and the Rashtriya Swayamsevak Sangh (RSS), had said that he had written mercy petitions from Andaman’s Cellular Jail and later a book on himself using a different name to show how brave he was.

The Congress MP from Wayand further alleged that Savarkar used to take pension from the British, work for them and work against the Congress. Addressing a press conference in Akola on Thursday, Mr. Gandhi said he stood by his remarks and claimed that Savarkar helped British authorities and wrote his mercy petition “out of fear.”

Ahead of the crucial civic polls in the State, Mr. Gandhi’s criticism of the controversial Vinayak Savarkar – a particularly sensitive topic in Maharashtra – has come as fresh ammunition for the ruling BJP and its ally, the Eknath Shinde-led Balasahebanchi Shiv Sena who are using it to bombard Mr. Thackeray’s faction which is struggling for its political survival after Mr. Shinde’s intra-party revolt which split the Sena.

The BJP and the Shinde faction are harping on the fact that Uddhav Thackeray’s son, former Minister Aaditya Thackeray, had recently participated in Mr. Gandhi’s Yatra at Hingoli where the two leaders hugged each other and walked shoulder-to-shoulder.

The Congressman’s remarks are doubly embarrassing for Mr. Thackeray given the ties that existed between Savarkar and Uddhav’s grandfather – social reformer, writer and influential thinker Keshav Sitaram ‘Prabhodankar’ Thackeray – although Savarkar and Prabhodankar Thackeray’s views on ‘Hindutva’ differed sharply.

However, senior Congressman Balasaheb Thorat today said while there may be differences within the alliance partners, they would be ironed-out through amicable discussion.

Congress leader Manikrao Thakre said there was no question of the MVA breaking up because of Mr. Gandhi’s anti-Savarkar comments.

Meanwhile, in the wake of Mr. Gandhi’s remarks, Congress and BJP workers faced-off in Pune while a defamation case was filed against the Congress MP at Thane by workers of Mr. Shinde’s faction.

In Pune, flex boards dubbing Savarkar ‘Maafiveer’ (one who signs cringing mercy petitions) was put up by Congress activists. In retaliation, BJP cadre put up counter stickers against Pandit Nehru outside the city’s Congress Bhavan.