The Batman: 5 Ways It Pays Tribute to Batman Film Traditions

The Batman, directed by Matt Reeves, maintains the Batman franchise's traditions while also standing out in a few important areas.

by Yashasvi
in Entertainment
Reading Time: 3 mins read
A A 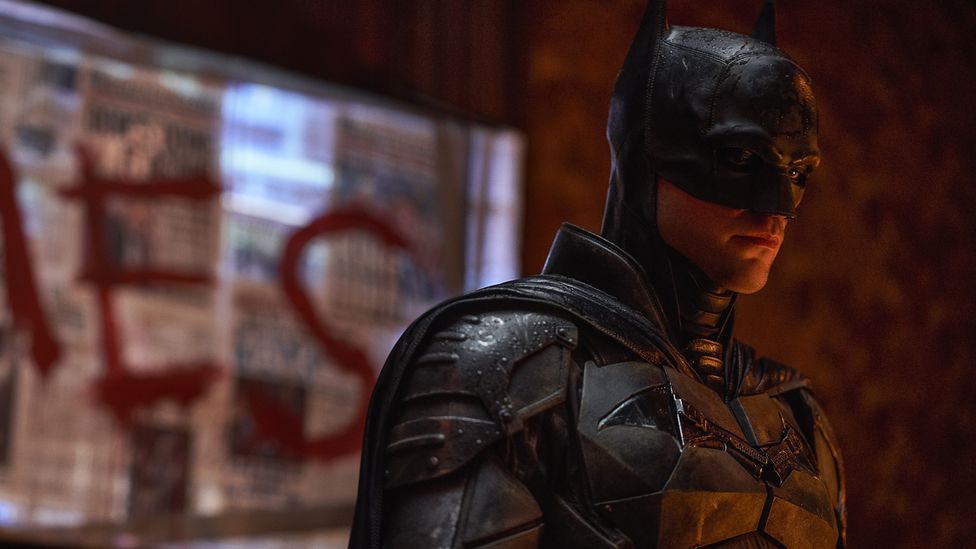 The Batman, one of the pandemic’s most long-awaited blockbusters, has finally arrived in theatres. And, happily, the wait was worthwhile. With a compelling detective plot, a handful of magnificent action moments, and a fresh, nuanced take on the titular masked crimefighter, Matt Reeves’ reinvention has revitalised the brand.

Some critics have claimed that Reeves doesn’t do enough to reinvent the wheel and sticks too closely to Nolan and Snyder’s established styles. The Batman, on the other hand, strikes a wonderful balance between honouring the franchise’s traditions and confounding viewers’ expectations of Batman’s big-screen exploits.

Tim Burton updated the Caped Crusader’s adventures with a dark tone, a gloomy, expressionistic visual style, and an occasional foray into the horror genre with his famous 1989 Batman film. While his immediate successor, Joel Schumacher, reverted to the campy tone of the 1960s Adam West series, Christopher Nolan and Zack Snyder have continued the Frank Miller-inspired Burton legacy of a dark, edgy Batman.

In The Batman, one of the darkest, edgiest, and downright scary Batman films to date, Reeves continues this trend. The Riddler, played by Paul Dano, is nearly a slasher villain. The BBFC, which was previously inundated with complaints after giving The Dark Knight a 12A rating, has now made it illegal for anyone under the age of 15 to see The Batman.

Because comic books cannot be read aloud, the “Batman voice” is a creation of the adaptations rather than the original material. Michael Keaton coined the metaphor because he believed a public figure couldn’t remain incognito unless he changed his voice.

Every succeeding Batman actor, including The Batman’s Robert Pattinson, has imitated the “Batman voice.” Any Batman performance relies heavily on the actor’s voice, which Pattinson excels at. He has a gruff, growly Batman voice that isn’t overbearing.

There are far too many memorable enemies in the Bat’s rogues’ gallery for filmmakers adapting his adventures to only feature one per picture, from the Joker to Two-Face to Mr. Freeze to Bane to Poison Ivy. Batman: The Movie, released in 1966, features almost every important Batman foe. Since Tim Burton’s first smash, every Batman film has included at least two major villains.

In The Batman, Reeves continues this tradition by portraying the Riddler as a real-life serial killer and the Penguin as a mid-level mobster attempting to ascend the power ladder.

The action scenes in Batman movies are usually anticipated by fans. He’s an unbeaten badass whose combat technique is typified by physical force, like Charles Bronson in Hard Times. The Arkham games and Zack Snyder’s ultraviolent DC films have taken the Bat’s on-screen hand-to-hand combat to new heights in recent years.

With some of Batman’s most horrific battle scenes to date, Reeves continues on this path. The youthful, inexperienced Batman played by Pattinson is regularly beaten up, but he gives as good as he gets.

No Connections to A Larger Universe

Most Hollywood blockbusters these days are built with multiple sequels and spin-offs in mind, thanks to Marvel’s meteoric popularity. Every studio hopes that their next big tentpole will serve as a launching pad for a new cinematic world, but Batman films have always stood on their own.

Snyder’s DCEU films experimented with expanding the Bat’s universe, with mixed results. The Batman is, for the most part, a stand-alone story. It establishes its own interwoven universe, with two sequels and two spin-off streaming programmes, although the plot is unrelated to the larger DCEU.

Also Checkout: 10 Most Funny Bollywood Movies You Should Watch