Deforestation is the single greatest contributor to climate change, loss of biodiversity and affects the lives of millions of people around the globe.

by Tanya
in Environment
Reading Time: 3 mins read
A A 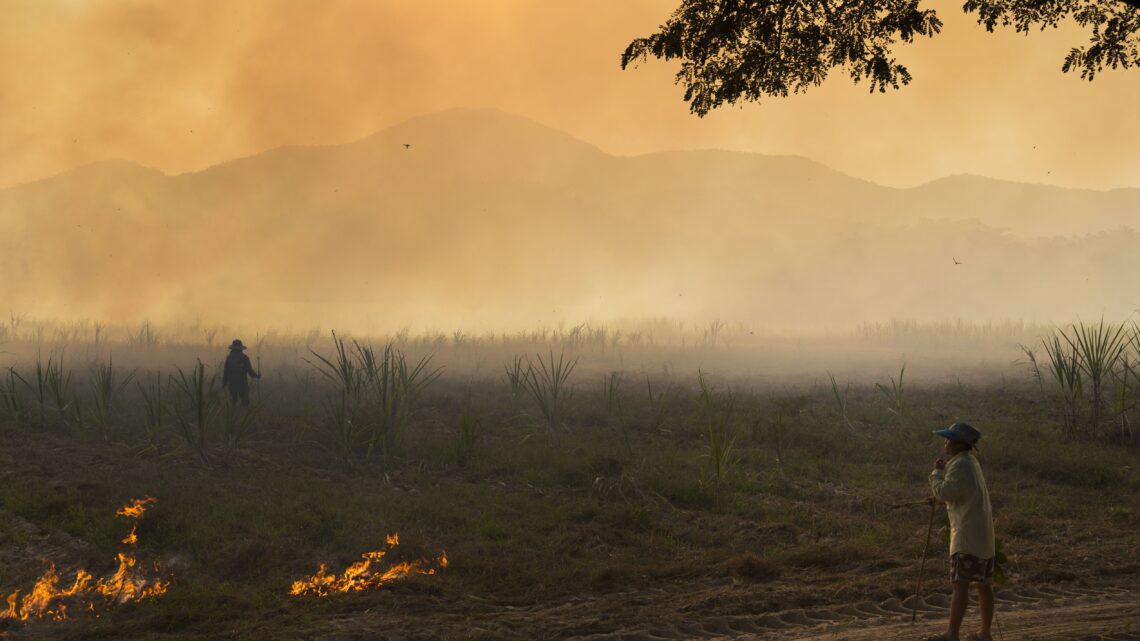 A major cause behind the felling of trees, clearing of forests, apart from mining and drilling activities is the noble cause of agriculture. By estimates, about 72% of the original tropical forest area (1,450 million hectares) has been converted to other necessary uses, like farming.

Small-scale farmers, who have no other means but to clear whatever land is available to them, contribute to 96% of forest losses.

In tropical regions, these farmers utilize the traditional method of ‘slash and burn’ (alternatively known as shifting cultivation) where original wild vegetation is burned and crops are grown over the cleared land. It causes lots of ecological problems other than just deforestation, like loss of species due to loss of habitat, increased air pollution, and carbon emissions, it can also easily lead to massive wildfires.

This traditional method is practiced by 200 to 500 million around the globe and until now even scientists have been unable to find a more economical, sustainable way for these farmers who live in the harshest conditions and cannot afford high-cost, mechanical methods of agriculture.

In a brave attempt to change this problematic scenario, Mike Hands and his Inga Foundation Have discovered a method to replace the antique technique with the help of a ‘magical’ leguminous tree species called Inga.

This new method of agroforestry is called alley farming, where rows of trees and/or shrubs are planted to create alleys within which agricultural or horticultural crops are produced.

Hands discovered that planting Inga trees in rows around the crops provides multiple benefits that are not just limited to shade, wind protection but being leguminous, the nitrogen-fixing tree enriches the soil with precious ammonia.

Another benefit integral to the farming technique is that the ‘mulch’ produced by the fallen leaves helps the soil retain phosphorus, whose leaching deeper into the soil was found to be the major cause of loss of crops in tropical lands of Honduras.

Combining all the useful aspects of this special class of trees, the Inga Foundation successfully trialed a sustainable method of farming in remote, poor tropical regions of Honduras, Congo, and Madagascar. The alley cropping method using the Inga tree not only replaces the destructive slash-and-burn method, rather increases the yield, improves the soil health, supports livelihood by providing fruit and wood, and reduces manual labor.

UN’s Sustainable Development Goals and the Paris Agreement both require that any agriculture dependent on climate destructive methods will need to be replaced with methods that are not the only restorative of the present conditions but also remedial of the past errors. Agroforestry is that promising technique that puts ecological balance at the center of priorities while creating livelihoods for millions of impoverished farmers.

Inga tree has added a revolutionary fervor in the already game-changing world of agroforestry.  Such methods bridge the gap between tradition and modernity, growing both forest and crops side by side. FAO recognizes all-around benefits of agroforestry,

“From an environmental standpoint, it helps to reduce agriculture’s contribution and vulnerability to climate change, while also improving water’s quality and availability, among other services.

In terms of economic well-being, agroforestry can increase and diversify farmers’ incomes and allow them to have access to more nutritious food. As to the social benefits, agroforestry can empower women, validate indigenous knowledge and improve rural livelihoods.”

India has emerged to be a key player in promoting sustainable modes of agriculture. Back in 2014, the Hon’ble President Pranab Mukherjee announced a $30-40 million investment in a landmark National Agroforestry Policy that made India “the first nation in the world to adopt such a policy”.

With the introduction of the Inga tree, many livelihoods would be benefitted alongside the environment.

Tanya is a postgraduate student of English from St. Stephen’s College.

Also Read: The Dominican Republic Is Building An Anti-Haiti Wall